Shots fired as migrants try to break through Hungary-Serbia border

Hungarian border guards on the country’s southern border with Serbia fired warning shots when about 60 migrants tried to force their way through a checkpoint on Tuesday morning. Police said no one was injured, but migrants claimed excessive force was used.

Police presented camera footage showing the migrants, many wearing backpacks, jumping over a wall and running past an iron gate at the Roszke border-crossing point.
A senior Hungarian police official, Karoly Papp, described the attempted crossing as "organized and aggressive".
"One of the three armed security guards on duty fired three warning shots into the air, after which most of the group ran back into Serbia, while police reinforcements arrived," he told reporters in Budapest.
Four men who reportedly ran about 65 meters into Hungary were later caught and arrested, he said, adding that police had sealed off the area around Roszke.
A police spokesman for the area Gergely Varkonyi told the AFP news agency that some of the group were still at large. 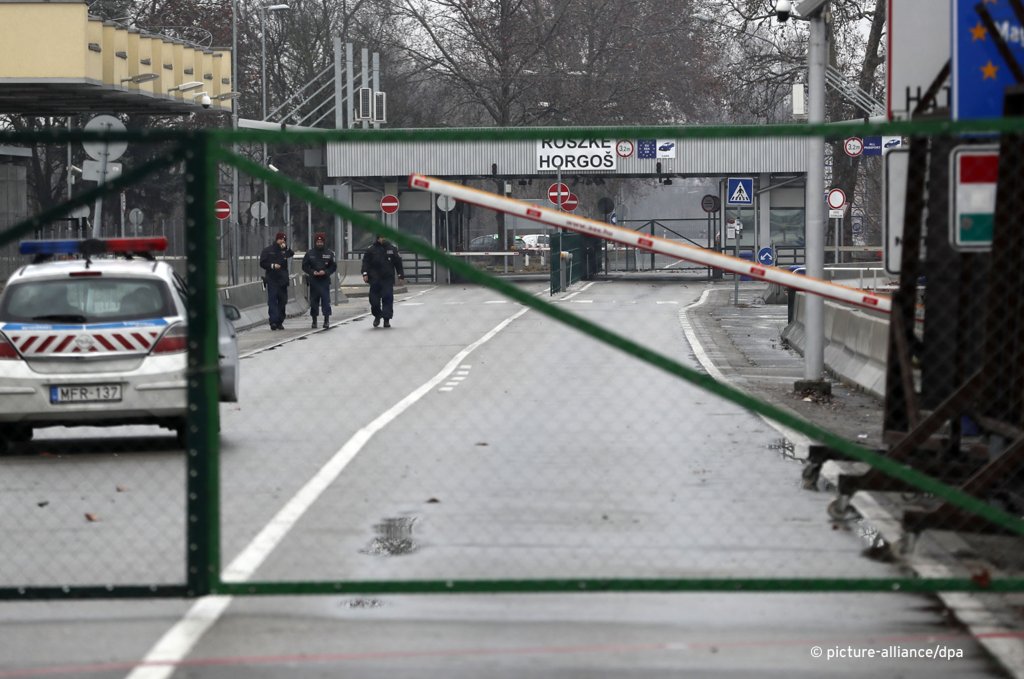 •••• ➤ Also read: Two tunnels found in Hungary at Serbian border
Migrants say police used excessive force
According to a report by the AP news agency, some migrants claimed that Hungarian police used excessive force against them when they tried to cross into the country from Serbia.
“They hit people as you can see the injury of my friend, some people in the chest, in the head,” said Mouad, a Moroccan migrant. Another migrant from Syria, Ayoub, said “we tried to run but the Hungarian police hit me on my hands and the injury was bad.”
The claims were made after the incident at Roszke on Tuesday, but AP said it was unclear whether the migrants interviewed had themselves attempted the crossing.
Attempted crossings increasing, Hungary says
Roszke was the scene of a large-scale riot in 2015, when hundreds of people tried to cross the border into the EU. The Hungarian prime minister, Viktor Orban, had a steel fence built along the border to stop migrants from crossing.
However, Hungarian police say there has been a sharp rise in attempts to cross the country’s southern borders: 3,400 attempts have been made this month alone, compared with several hundred a month last year.
Earlier this month, police sent reinforcements to the border and launched a boat patrol on the river Tisza, which forms part of its frontier with Serbia.
With AFP, Reuters, AP, DPA