Boats operated by non-profit groups have saved over 600 migrants in the Mediterranean within a week. Now, the 403 migrants rescued by the Ocean Viking have disembarked in Italy. Meanwhile, navy boats brought 77 migrants from the vessel Alan Kurdi to Malta.

The migrants aboard the Ocean Viking disembarked in Taranto, southern Italy, on Wednesday. Among them were 216 men, 38 women and 149 children, mostly from Sudan, Somalia and Eritrea, according to the two organizations that run the ship, SOS Mediterranee and Doctors without Borders (MSF). Twelve of the women were pregnant, government officials reported.

The Ocean Viking had picked up the migrants in five different rescue operations in the Mediterranean off the Libyan coast since Thursday. One woman and her three children had already been evacuated to Malta because of medical issues. 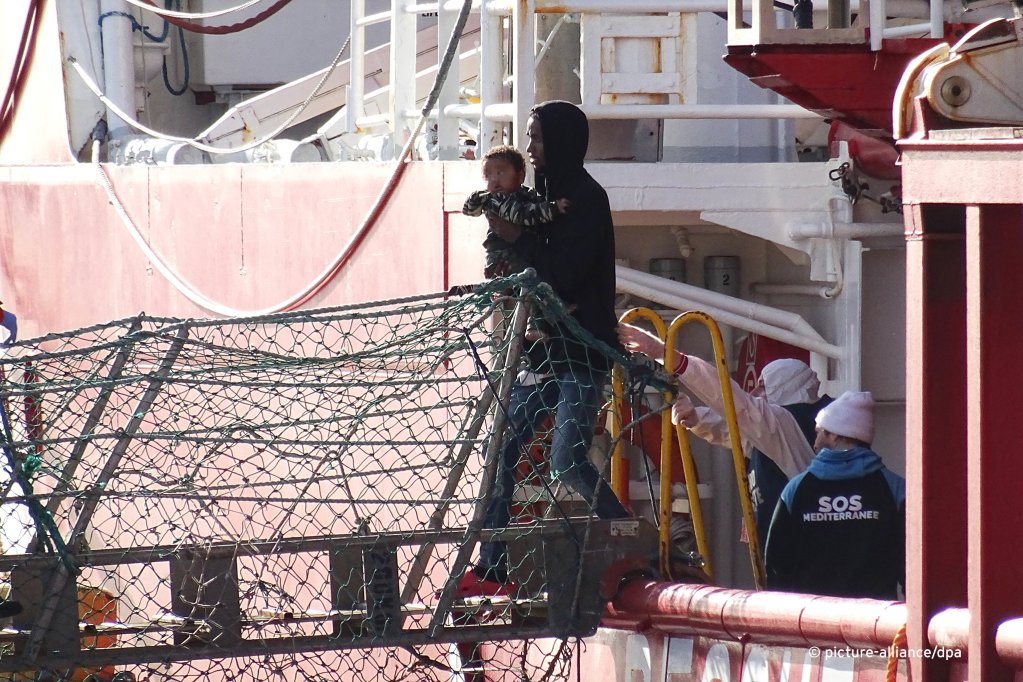 The Maltese navy picked up 77 migrants onboard the NGO rescue vessel Alan Kurdi on Wednesday night. They were brought to Malta, a small island nation that is part of the EU. 50 of them will be allowed to remain in Malta, while the rest will be relocated to other EU states, the Maltese government announced.

The migrants were reportedly reluctant to get on the navy boats, fearing they might be returned to Libya.

The Alan Kurdi is now on its way to the Spanish port of Burriana, where it will undergo maintenance.

Meanwhile, the Open Arms is still waiting to find a port to dock. The NGO rescue boat has 282 people on board. The organization that runs the ship wrote on Twitter that there were "medical cases that may require evacuation," including "a 5-year-old boy, injured."

🔴 #BREAKING#OpenArms@alarm_phone; together with relevant authorities, aportes and rescued a small vessel in danger with 45 people, in poor physical condition. A 5-year-old boy, injured ...
We now have 282 people on board and medical cases that may require evacuation pic.twitter.com/OMfYTVeOyV

Activists want EU to do more

Several migrant rescue organizations have recently called for renewed government-led rescue operations in the Mediterranean and criticized the current rescue system. "There is complete chaos in terms of coordination between the maritime authorities in Europe and the maritime authorities in Libya," SOS Mediterenee operations director Federic Penard said. "Each rescue, we feel, is a bit of a miracle that we find the boats."

The EU is currently only present with aerial surveillance in the Mediterranean. There are no government patrol boats whose main mission is to rescue or apprehend migrants. This leaves mostly private NGO rescue vessels and the Libyan coast guard in charge of migrant rescues.

With material from AP, epd