In the last few months, Morocco has ramped up arrests and clamped down on migration across its borders to the Spanish enclave of Ceuta. Now migrants still hoping to cross the border in order to reach the EU prefer to keep themselves hidden.

Since the beginning of the year there have been numerous reports detailing how much more difficult it has become to cross the border between Morocco and the Spanish enclave Ceuta. The enclave was once seen as a gateway to Europe for migrants coming from across the African continent and beyond.

Tent cities had grown up in the border area to house those waiting to cross and groups of migrants would often be seen along the roads leading to the borders. But now many people have been hiding, according to the news agency AFP. They say the encampments have moved to forests, hidden from sight. AFP quotes a migrant from Guinea, Mustapha, who says “the authorities come into the forest looking for us, and, if they find us, they send us back.”

Mustapha, writes AFP, is now 18 and living "in abject poverty in a hideout in the Belyounech forest, a few kilometers from Ceuta on Morocco’s northern coast." He told AFP that his "dream is to go live in Norway and be a DJ." Guineans form the majority of the largest groups of those wishing to cross from Morocco to the EU in recent years, according to the European border agency Frontex.

The fence surrounding Ceuta and the other Spanish enclave Melilla mark the only land borders that Europe shares with Africa. They are both protected by barbed wire and now frequent patrols by the Moroccan auxiliary force which have been posted all along the border. 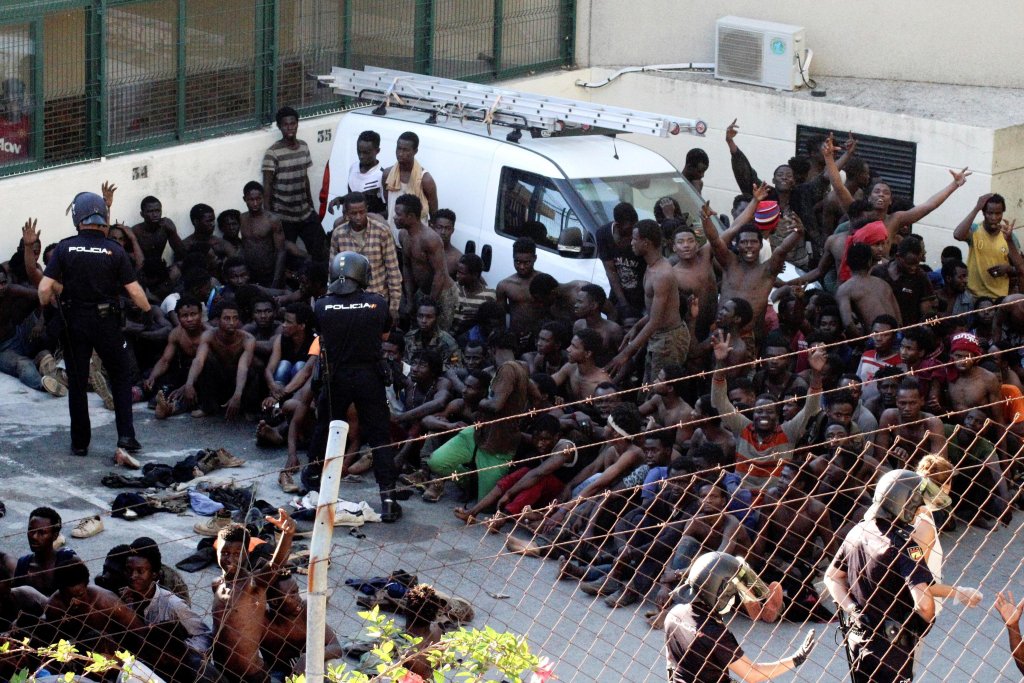 AFP reports that local aid groups "are no longer authorized to meet with [the migrants]" who are hoping to cross the border. One recent operation, according to AFP, managed to block 400 migrants from crossing but "resulted in injuries to both migrants and security forces."

Aid organizations have complained that those who are stopped by the authorities are sent to southern Morocco by bus "or returned by air to their country of origin." One group, quoted by AFP, the Moroccan Association of Human Rights has condemned "serious and repeated violations," as well as "deportations to regions far from transit routes," and illegal detainment "in very difficult conditions."

A man in charge of migration and border monitoring for the Moroccan Interior Ministry, Khalid Zerouali, told AFP that their efforts to crack down on migration "were aimed at trafficking networks," not migrants. That's because, he continued: "Migrants are, in our view, the victims."

Since 2014, Morocco has also offered the possibility of "regularization" through residency permits to around 50,000 migrants who had entered Morocco without papers.
Zerouali told AFP that in 2019 Moroccan authorities blocked "around 74,000 attempts to immigrate irregularly to Spain." Those numbers were slightly lower than the 89,000 attempts in 2018. According to the UNHCR's latest weekly snapshot data from January 26, the numbers of arrivals in Ceuta were up by 5% based on 2019 arrivals.
So far this year 448 people have arrived by land in both Spanish enclaves, Ceuta and Melilla. In contrast, the number of arrivals by sea to Spain were down by 53% on last year's averages. One of the Guineans interviewed by AFP said that going by sea was "too expensive," and too dangerous.