A new law designed to attract highly qualified foreigners from outside the EU will come into force on March 1. It is supposed to make it easier for skilled professionals to migrate to Germany for work. InfoMigrants takes a look at the new legislation and what it means for migrants.

Faced with a skilled workers shortage, the German government has introduced new legislation that will allow foreigners with certain skills to apply for work permits and move to Germany using legal channels. The new Skilled Immigration Act, the "Fachkräftezuwanderungsgesetz", will come into effect on March 1, 2020.

According to the online portal "Make it in Germany" launched by the federal government to complement the new legislation, the law "expands the possibilities for qualified professionals to come to work in Germany." In the future, it "will be easier for skilled workers with vocational, non-academic training from non-EU countries to migrate to Germany in order to work."

But the new law is not without controversy. Some think that it doesn't go far enough to reach out to skilled labor, others regard it as a failed attempt to gloss over certain shortcomings of Germany’s immigration laws, such as long waiting times for asylum seekers with sought-after professional skills to obtain work permits. 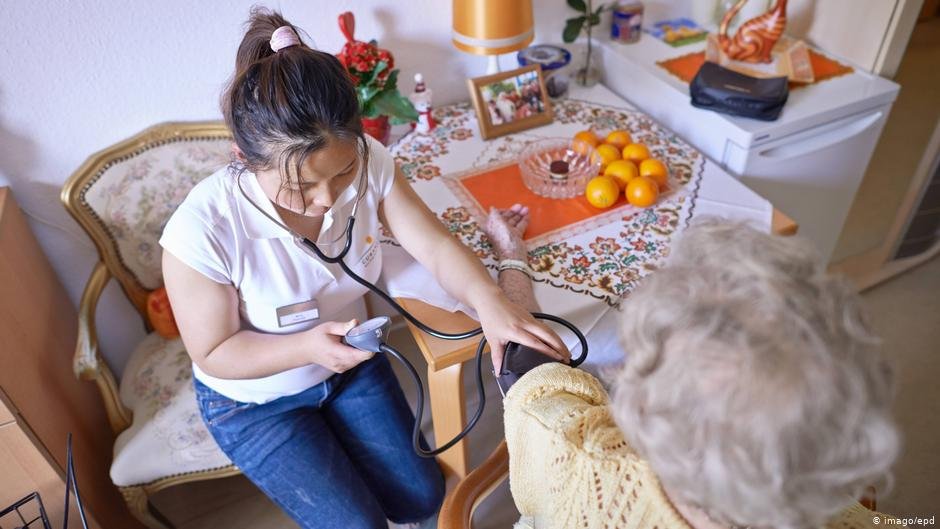 What does the new law entail?

The government hopes that the Skilled Immigration Act will help attract people from professions for which there is a strong demand in Germany, such as elderly care, IT and engineering. The new legislation is modeled after existing laws in Germany designed to attract academics.

Under the stipulations of the law, work permits will be made available to anyone who manages to get a work contract in these professions. German employers don't have to give priority to German or EU nationals with equivalent qualifications anymore. This rule ("Vorrangprüfung") is now obsolete for positions in skilled professions. However, given a change in the situation of the labor market, it can be introduced again, according to the interior ministry.

Those without a contract will be allowed to apply for a six-month job seekers’ visa -- as long as they fulfill the main requirement of having professional skills in areas in which German businesses are struggling to find qualified applicants. There are more than 1.5 million jobs that Germany will find it difficult to fill in the long term, according to the Association of German Chambers of Industry and Commerce (DIHK).

German Interior Minister Horst Seehofer said the law was a "very modern law that meets the needs of the national economy." While hoping to fill gaps in the labor market, the government also hopes that the law will help to make Germany more attractive and competitive internationally.

There is one issue that stops the law from being seen as a game-changer in Germany’s immigration system.

The Act stipulates that applicants for work permits need to prove proficiency in the German language first. Learning a foreign language is a big investment for a lot of people who don’t know whether a work contract is waiting for them at the end of the process. 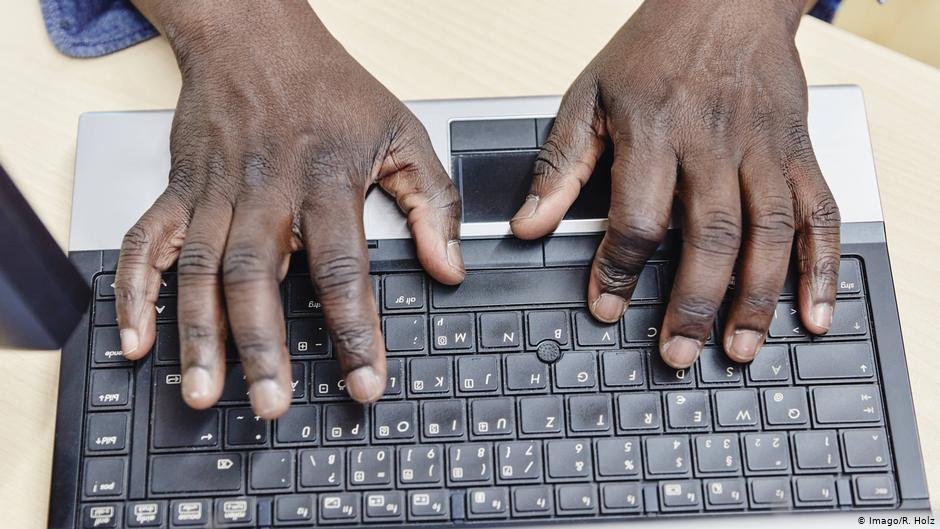 Not just for people in third countries?

The new law is aimed at foreigners in countries outside the EU. They are required to have acquired qualifications in Germany or possess qualifications equivalent to those in Germany, according to the interior ministry.

It is unclear whether the new law will also help to address the needs of certain migrants who are in Germany already but are not allowed to work. If the recognition of foreign qualifications is streamlined, they too could be eligible to be employed under the new law.

Nor is it clear whether asylum seekers who are already in employment, having spent years waiting to obtain a work permit, will be allowed to switch over their status. Many asylum seekers who eventually obtain work permits don’t have their permits renewed in Germany, which puts them at risk of deportation.If they were able to switch over their status, they may no longer face the threat of deportation and be granted permanent residency. But the negotiating parties are not in agreement on this issue, with Merkel’s CDU party arguing that this could make immigration to Germany too attractive.

The new law specifically states that it does not aim to make unskilled immigration easier.

Law not as popular as government had hoped

Critics of the legislation, such as the right-wing Alternative for Germany (AfD) party, say that the government is trying to justify its policy of welcoming asylum seekers in 2015 by making it appear that the arrival in Germany of a large number of migrants and refugees helped to solve labor shortages.

The mood across Germany with regard to the new law is mixed. The German daily newspaper Der Tagesspiegel found in an online survey of more than 33,000 people that 44% were largely in favor of the law, while 47% said there weren’t enough jobs to go around already.

On the website "Make it in Germany", you can check whether you qualify for immigration, search current job openings, and find more information about visa regulations and other bureaucratic procedures.