Agreement between Italy and the Libyan coastguard renewed for three years

The renewal of a contraversial 2017 agreement between Italy and the Libyan coastguard governing migrants crossing the Mediterranean Sea officially entered into effect on Sunday, February 2 for a period of three years. Under the terms of the new agreement, which aims to curb the arrival of migrants in Europe, Italy will provide financial assistance to the Libyan authorities in order that the Libyan coastguard is trained in rescue operations.

Agreed to in October and supported by the European Union, the renewal of the accord is "beyond comprehension" for Amnesty International. According to the NGO, this "odious" agreement ignores the "suffering inflicted" on migrants in Libya. "Italy decided to update this memorandum even though the situation in Libya is still catastrophic, even worse than three years ago. This is shocking," Lola Schulmann, Amnesty International's refugee and migrant advocacy officer, told InfoMigrants. "In comparison to 2017, we now have more information on violations committed by the Libyan coast guard and the conditions of detention of migrants in Libya." 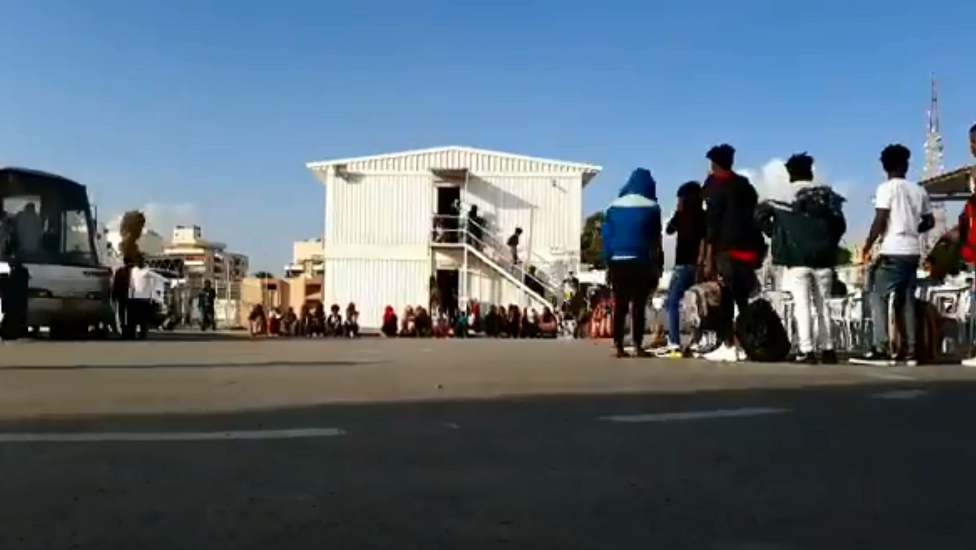 As evidence of the deteriorating situation on the ground, the GDF transit center in Tripoli, run by the United Nations High Commissioner for Refugees (UNHCR), in conjunction with the Libyan authorities, ceased operations at the end of January. The center had originally been set up to accommodate vulnerable refugees and asylum seekers pending evacuation to a third country. Hundreds of migrants have since been left to fend for themselves as fighting in the area has intensified. Additionally, an internal report on systematic human rights violations in Libyan detention centers, deaths, unexplained disappearances and corruption was released in November.

In effect, this agreement acknowledges the fact that the coordination of sea rescues off the coast of Libya is passed from the Maritime Rescue Coordination Center (MRCC) in Rome or Valletta, Malta, to the Libyan Coast guard, which was not the case prior to 2017. Migrants rescued in international waters, or what is designated the Libyan Search and Rescue zone must therefore be returned to Libya.

"Over the past three years, at least 40,000 people, including thousands of minors, have been intercepted at sea, sent back to Libya and exposed to unimaginable suffering. This month alone, 947 people have been intercepted," Marie Struthers, Director of Amnesty International's Europe Program, said in a statement.

Also responding to the agreement, the Council of Europe called on Italy to "urgently suspend" its co-operation with the Libyan Coast Guard, citing "ample evidence" of "serious human rights violations" against migrants and asylum seekers in Libya.

Beyond its consequences, the details of the agreement, in particular the financial sums involved and the way in which they are to be used, remain unclear.

"In terms of actual support, according to our calculations, Italy has given Libya 42 zodiac-type boats for rapid interception since 2017," said Sara Prestianni, a Libya specialist with the Italian NGO Arci, which helps migrants. "As far as the financial support provided by Rome is concerned, however, it is difficult to trace exact sums. Between 2017 and 2018, €91 million from the EU's Emergency Trust Fund for Africa was spent to train the Libyan coastguards in search and rescue missions. In addition, almost €40 million from the Italian National Fund for Africa was used to help Libya with border security, humanitarian aid and 'voluntary' returns."

The information given is considered insufficient, thinks Amnesty. "There is a real question of transparency in terms of funding," Schulmann said. "How can we be sure that this money isn't helping to run detention centers where people are tortured and raped?"

Faced with criticism, Italian Foreign Minister Luigi di Maio promised in October that the government would improve the terms of the agreement by, among other things, involving "the United Nations and civil society more in improving assistance to migrants" and increasing NGO access to Libyan detention centrers. Yet none of these things are in the current agreement, Amnesty International said.

"NGOs don't have any more access than before," Schulmann said. "Clearly, survivors' testimonies are not seen as sufficient evidence and are even ignored in the development of migration policies."

•••• ➤ Also read: Are Turkish ships working with the Libyan coastguard in the central Mediterranean?