Family and migration: Your questions answered

Lots of you have been asking us questions related to family status and migration. So we decided to gather up the most frequently asked questions and put them to a legal expert in the field of migration. Lawyers at the firm Schlun and Elseven which has offices in Aachen, Düsseldorf and Cologne responded to us. Here is what they said:

For more details on Schlun and Elseven, you can visit their website.

Does having a small child or baby improve my chances of gaining asylum?

The simple fact of having a child does not generally increase the chances of being granted asylum. The basis for granting is the refugee definition of the Geneva Convention on Refugees (GFK). According to that definition, a refugee is a person who is "outside the country of origin of which he or she is a national or in which he or she has lived as a stateless person and whose protection from such persecution he or she is unable to avail himself or herself of or is unwilling to avail himself or herself of because of a well-founded fear of persecution on account of his or her race, religion, nationality, political opinion or membership of a particular social group.

Can I be deported if I am pregnant?

To answer this, we look at the law regarding work and pregnancy. That states that in principle mothers should not usually be employed during the six week period prior to the due date. This pause in work is meant to continue for a further eight weeks following the birth. This is to avoid considerable physical or psychological strain being placed on a pregnant woman during this time, so as to avoid any risks to either mother or child. As a rule, this legislative assessment also draws a time limit for deportations. For the psychological and physical burden caused by a forced termination of residence is likely to be at least equal to that caused by working at an office workplace, for example. In this respect, there is a real presumption that a pregnant woman cannot be deported safely during the maternity protection period. In the case of high-risk pregnancies, multiple births or complications, this period may also be longer.

I am pregnant, if I give birth in Germany does it make it easier for me to obtain asylum here?

The short answer is no.

However, it wouldn’t be possible to deport the child immediately, which means that the mother and child together would be entitled to a Duldung until the authorities are able to issue a decree obliging them to leave the country. Under certain conditions, the child can be granted a residence permit, e.g. because the father/mother has a right of residence in Germany.

But there is no general increase in the chances of being granted asylum.

What happens if I am granted asylum or citizenship and some of my children (and dependents) are now adults, would they get asylum or a residence automatically, or only those who are under 18? Is that the same EU-wide?

If one of the parents is now a German citizen, an application for a proper residence permit (family reunification) can always be submitted in case of doubt in the case of underage children. If the child of a German citizen is already over 18, an application for the granting of citizenship for the child should also be examined. Otherwise, the right of residence provides for separate rights of residence for children who have lived in Germany for a long time.

My asylum claim was rejected but now my partner is pregnant and I am going to be a father, will that change my asylum status / stop my impending deportation?

a. If your partner is a German or a citizen of the European Union, it is possible to apply for a residence permit on the grounds of family reunification.

b. Asylum claims are examined for every person individually. If the partners are both asylum seekers or refugees, it has to be examined individually if family reunification is possible. 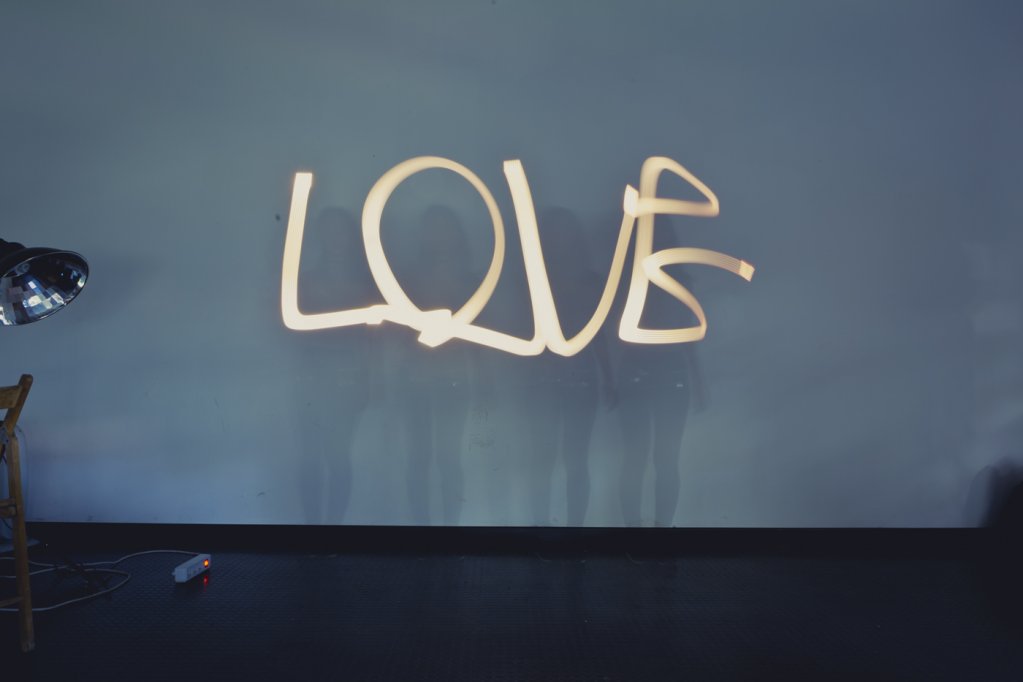 If I marry a European, do I automatically obtain the right to stay in the EU?

Being married to a citizen of the European Union does not confer an automatic right to stay. However, you can apply under privileged conditions to obtain a residence permit on the grounds of family reunification.

I come from an Islamic country and have had a child outside marriage. In my country they would kill the woman for adultery, does that mean that I could come to Europe with that woman and claim asylum for them all, or bring them to Europe to join me, because the woman’s life is under threat in my country?

In this kind of case it might be possible to be granted a residence permit as someone entitled to subsidiary protection, because in your home country your life is under threat. But it would be decided on a case by case basis.

If I marry a British citizen does that give me the automatic right to stay in the EU?

I have a fiancée, once I have gained asylum, can I bring my fiancée here too?

In order to qualify for family reunification for a fiancé, it would be necessary to prove that there is a clear intention to get married. Detailed proof would be required in order to sustain that assertion.

My country is tribal and my fiancée’s tribe wants to kill me, if I flee my country, would this be a ground for asylum? Should I flee with my fiancée or should she stay in our country until I have obtained asylum?

In principle, asylum is granted when a person is politically persecuted. If the person is threatened by other dangers in his or her home country, it must be examined whether he or she is entitled to subsidiary protection.

It is possible to receive a residence permit with subsidiary protection, on the grounds of your life being under threat in your home country. But each case would be examined individually. If you decided to flee with your fiancée your asylum cases would be decided individually.

Can a divorce be granted in the EU if the marriage was conducted at a federal marriage registry in Lagos, Nigeria?

Initiating a divorce in Germany or another country within the European Union requires a relation to this country, e.g. that you have your habitual residence here or you have the nationality of the country. Once German international jurisdiction is given this does not automatically mean that also German law applies. For example, it is then also possible that a German court applies Nigerian law for the divorce. This is highly dependent on the individual case.

If you have a wife or children in your home country, or a third country, does it affect your rights to obtain asylum within the EU? If so, how?

A refugee may apply for asylum in Germany (or in the EU) even if his family is in his home country or in another third country. The asylum procedure is always focused on the refugee and his reasons for asylum.

The background is as follows:

I arrived in Italy with my wife in 2015. We then went to Austria and stayed there for four years. There my first two sons were born.  Then the Austrian government told us we had to leave so I sent my wife to Germany where she had our daughter. Then the Austrians found out that I was in Austria without my wife and children, so I traveled to Germany too. Now the Germans want to send us back to Austria. If I go back to Italy is there any chance for me there if we make it back? We don’t want to go back to Nigeria because my life is at stake [under threat] there.

It seems this is a Dublin case.

If the refugee does not do so and submits the application in Austria or Germany, he or she can be sent back to the state of first entry -- even by force. Under these circumstances it will be difficult to obtain asylum in Germany. 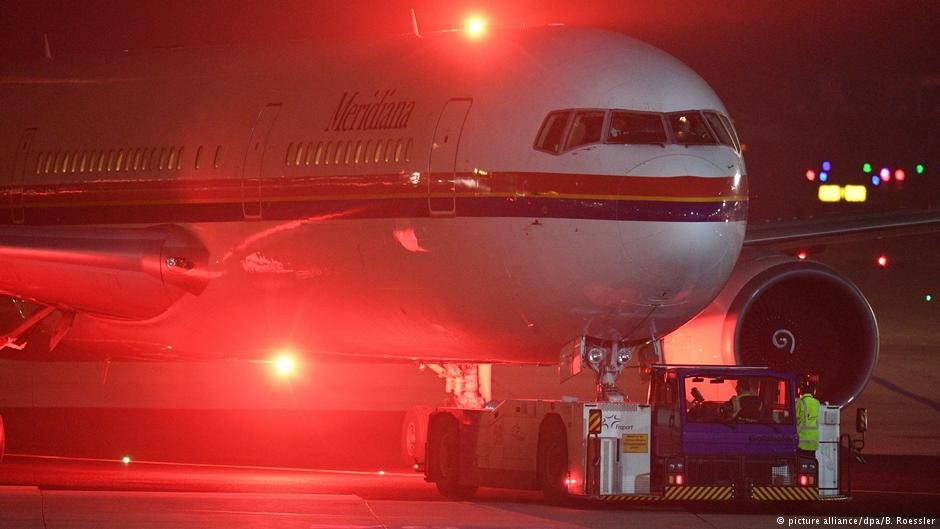 What criteria need to be fulfilled to apply for family reunification? Does the process change from EU country to EU country or is it the same EU wide? What is it like in Germany? How difficult is it to unite families who are scattered across several EU countries?

So it would make a difference to the case depending on whether the family member applying to bring over other members of his or her family has, for instance, a work permit or a permit based on humanitarian grounds. There are also different requirements for children and for spouses

How easy or difficult is it to bring over adult members of the same family?

Although it is, in very exceptional cases, possible to bring also adult members of the family, it might be reasonable to consider an application for other migration purposes (e.g. university, work) as well.

We (a family) have been asked to leave but we don’t want to go, we have no passports, can the authorities send us back?

In general, you will not be deported if you do not possess a passport. However, the authorities might reach out to the embassy of your home country in order to get a new passport issued for you. Also you should keep in mind that the authorities might sanction (e.g. monetary fines) you for not participating in the process of obtaining a new passport.

If someone is in a multiple marriage with several wives, which parts of the family, if any, can be brought over through family reunification? Will the wider family be recognized as such in Germany and other EU countries?

In the case of a polygamous marriage, the subsequent immigration of a further spouse for the purpose of a family reunification is not permitted if a marital partnership already exists in Germany.