The UK has left the EU and this year is a transition year; old rules still apply until the end of 2020. At the beginning of next year, the country wants to install a new "points-based immigration system."

The British government has announced in a policy statement published February 19, 2020 that it will be "ending free movement and will introduce an immigration bill to bring in a firm and fair points-based system that will attract the high-skilled workers we need to contribute to our economy, our communities and our public services." The intention is to "create a high wage, high-skill, high productivity economy." With a big focus on skills.

To do that, the government will be making some changes which will come into effect on January 1, 2021: 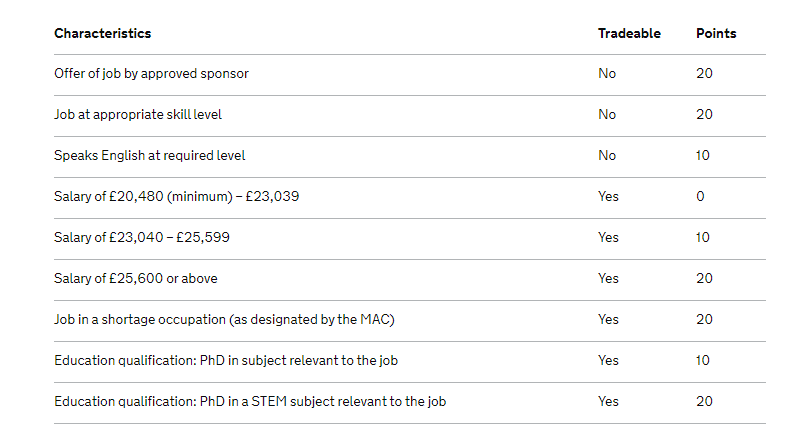 In a press conference, the UK Home Secretary (Interior Minister) Priti Patel told journalists about the theoretical case of a builder wishing to come to the UK to work. "If they have an employer, it could be a construction firm and they meet the skills threshold and the points we showed. Then, of course, they can come to the United Kingdom to work. It is ridiculous to imply that we’re shutting down routes and people can’t come into the UK."

The new bill still needs to be passed by the British Parliament but the ruling Conservative party has a significant majority.