Riot police have clashed with residents on two Greek islands over the construction of new migrant detention centers. The government is insisting that the closed facilities must go ahead to relieve pressure on overcrowded island camps.

On Lesbos, about 500 people reportedly tried to stop heavy machinery from being unloaded on Monday night to begin construction at the site of the new facility.
Police used tear gas on protesters close to the area, some of whom wore surgical masks, news agency reports said. On the island of Chios, at least three people were treated in hospital for breathing difficulties caused by the extensive use of tear gas, according to local officials.
TV footage from Chios showed hooded protesters throwing stones as police arrived at the harbor, according to AFP. Local residents had blocked the roads with parked cars and garbage trucks and set fire to rubbish bins, Associated Press reports. 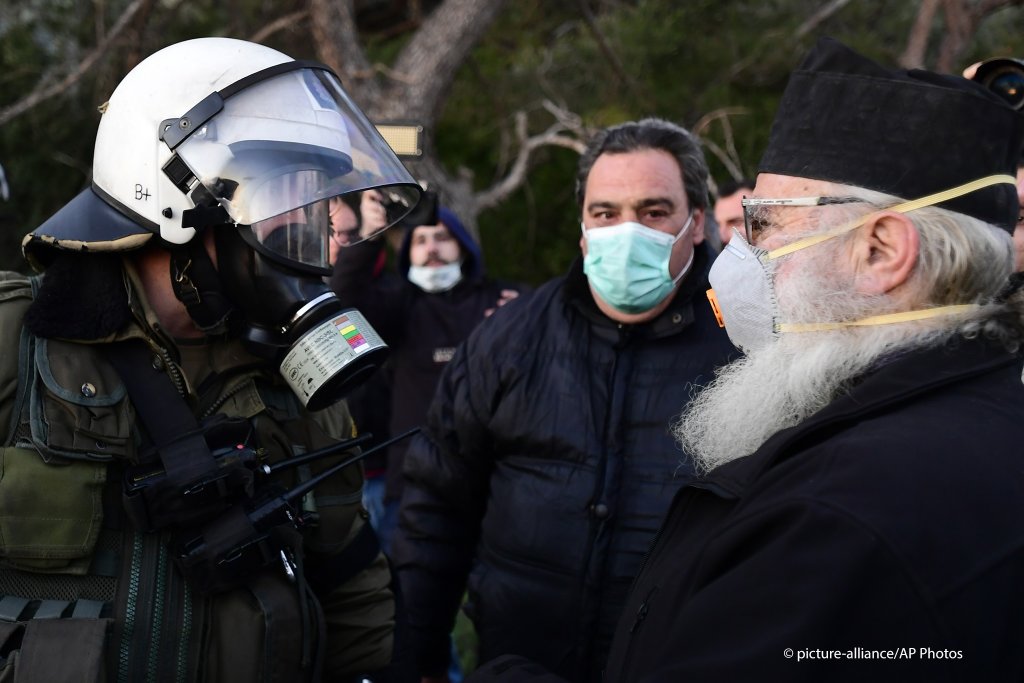 'No turning back', government insists
Since the government announced plans last year to shut down the overcrowded migrant camps on Lesbos, Samos and Chios and replace them with smaller detention centers by mid-2020, island authorities and residents have protested the move, arguing that migrants and asylum seekers should be moved to the Greek mainland.
Also read: Greek islanders take anti-camp protest to Athens
Despite ongoing fierce opposition, Prime Minister Kyriakos Mitsotakis insisted at the weekend that the government would go ahead with the construction of the controversial new camps. "There is no turning back," he said.
An official said the government was making an effort to change something and to implement a plan. "If we don‘t construct new facilities, living conditions won‘t improve," the official said. Stelios Petsas also told state-run TV that the new camps were necessary because of concerns about the outbreak of coronavirus, saying that proper health checks could not be carried out at existing overcrowded camps.
A spokesperson for the opposition Syriza party, Alexis Charistis, said the islands must not be turned into a battle ground.
'Shocking and shameful conditions': Grandi
There are more than 38,000 asylum seekers in camps on the Greek Aegean islands of Lesbos, Samos, Chios, Leros and Kos. The intended capacity of the camps was around 6,200. Island authorities and residents have said they are no longer willing to accept so many migrants.
On Open TV, Lesbos regional councilor Nikos Karassavas described the government‘s actions as a "show of force". "This is an outrage... we are drowning (in migrants) and now they beat us up too?" ..."This is a cry of despair. We can no longer bear this burden," he said. 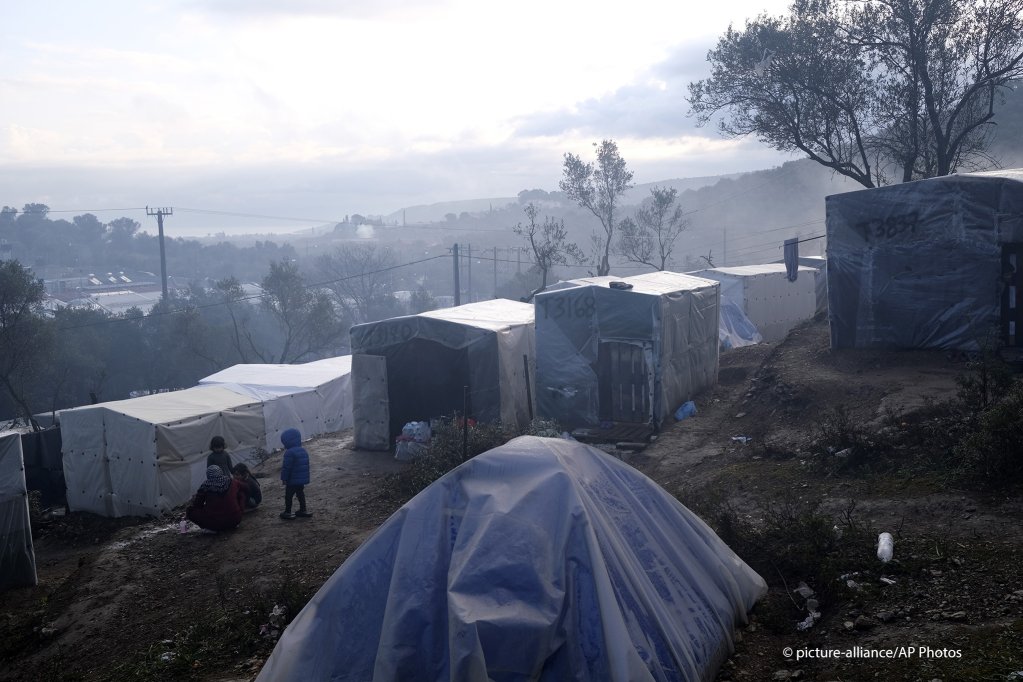 On Friday, the head of the UN refugee agency, Filippo Grandi, said urgent action was needed to address the "shocking and shameful" conditions at the centers on the islands. He called for measures to reduce overcrowding and improve living conditions, prioritizing water, sanitation and health care.
In 2015 and 2016, hundreds of thousands of people arrived on the Aegean islands from nearby Turkey.  An agreement brokered by the EU in 2016 limited the flow, but since September last year, there has been a rise in the number of arrivals, putting renewed stress on the Greek islands. Nearly 60,000 migrants arrives on the Greek islands last year, almost double the number in 2018, according to the UNHCR.
With AFP, AP, Reuters