Child dies off the coast of Lesbos

A child has died in the sea off Lesbos. The Greek coast guard reported that the boy was on a boat with about 47 other migrants attempting to reach the Greek island of Lesbos from Turkey. After the boat overturned, he was pulled from the water unconscious and has not recovered.

The Greek Coastguard reported the death of a child on Monday, March 3. The child, a male of unconfirmed nationality, had been traveling in a dinghy with 47 other migrants from Turkey in the early hours of Monday morning.

It is the first reported fatality since Turkey announced it would open its borders last week.

The migrants on board were rescued but two children were hospitalized following the incident. One of the children, "a boy around six or seven," was "unconscious" when he was pulled from the water and according to the coast guard, "resuscitation efforts failed." The second child is now considered "out of danger."

The Greek coast guard posted, in Greek, on its Twitter page on Monday about attempts to cross from Turkey to Lesbos.

The post included a link to a YouTube video where someone can be heard shouting in English with a Greek accent "go back go back" to an inflatable dinghy full of migrants.

According to the English language Greek newspaper Ekathimerini, the footage is of the same boat.

The Greek Coast guard did confirm that in the space of 24 hours leading up to Monday morning, around 1,000 migrants had already reached the islands of Lesbos, Chios and Samos by boat. According to the news agency AFP, the Greek asylum service called these arrivals a "significant increase."

Recently Lesbos and other Greek islands have experienced loud demonstrations of discontent by locals and migrants about the overcrowding in the camps at Moria. On Monday, AP reported that "local anger at the migration situation boiled over, with some residents preventing people, including young children and babies, from disembarking from a dinghy that reached a small harbor." AP also said that at other points on the island locals "prevented buses from taking new arrivals to Lesbos’ massively overcrowded migrant camp of Moria."

Some of those who did make it to the island were reportedly forced to spend the night on the beach. Others were bused by authorities to new processing facilities at the island’s main port Mytilene where makeshift facilities had been set up. 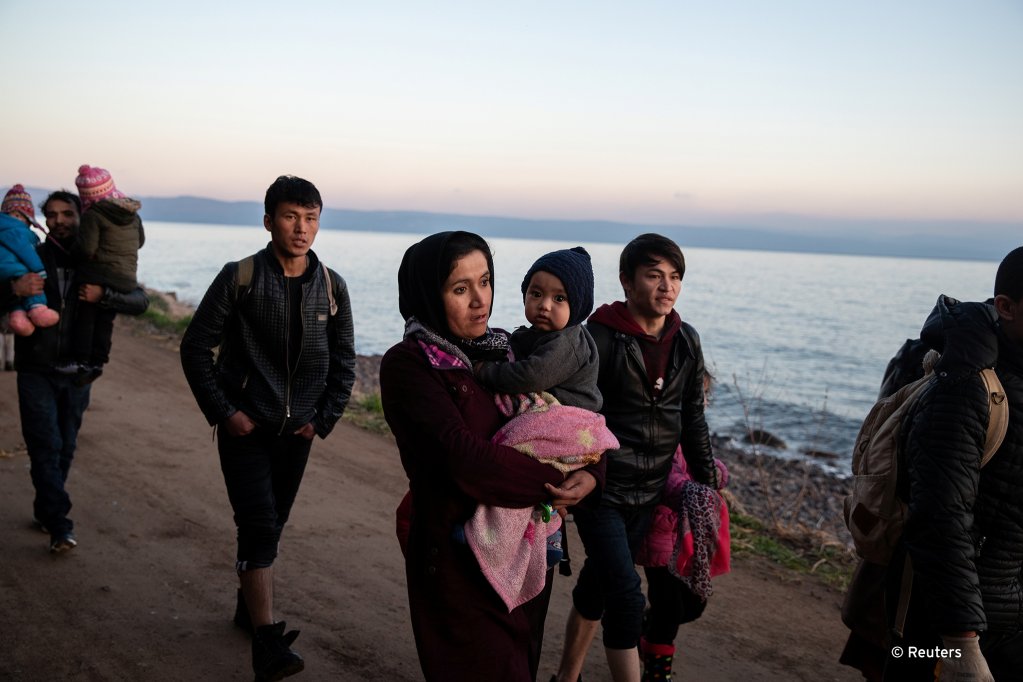 The Greek coast guard also reported rescuing a further 32 migrants in the seas off the Greek island of Farmakonissi, not far from the Turkish coast. A journalist with the news agency Reuters reported that about 30 Afghans had arrived on the island of Lesbos early Monday morning.