Refugee crisis in Greece: Anger and foreboding grow on Lesbos

Turkey is letting refugees leave the country for the EU. Many travel via the Greek island of Lesbos, where some locals are up in arms: They do not want more asylum seekers. DW's Florian Schmitz reports from the island.

Locals on the Aegean island of Lesbos blocked the road to the Moria refugee camp on Sunday. They are fed up and don't want even more migrants on their island, crammed into an already overcrowded camp in disastrous conditions. But boats from Turkey carrying many new arrivals landed on the island on Sunday morning — several hundred people, according to Greek media.

The locals also threatened Erik Marquardt, a Green Party member of the European Parliament, and a group of journalists watching the scene. The police detained Marquardt and the DW correspondent who authored this article and made it clear that they were not allowed to go to the beach.

The island has actually housed refugees since the 1990s, and not just since 2015, says Christina Chatzidaki, an 87-year-old Lesbos native who can hardly believe what is happening on the island. She has always been committed to helping people seeking refuge, she says, and she still tries to foster good relations between the locals and the migrants. Back in the 90s, the refugees mainly came from civil war-torn Yugoslavia. Today, about 25,000 refugees, most from the Middle East and Africa, are housed in a completely overcrowded, unhygienic chaos of tents, the Moria refugee camp. 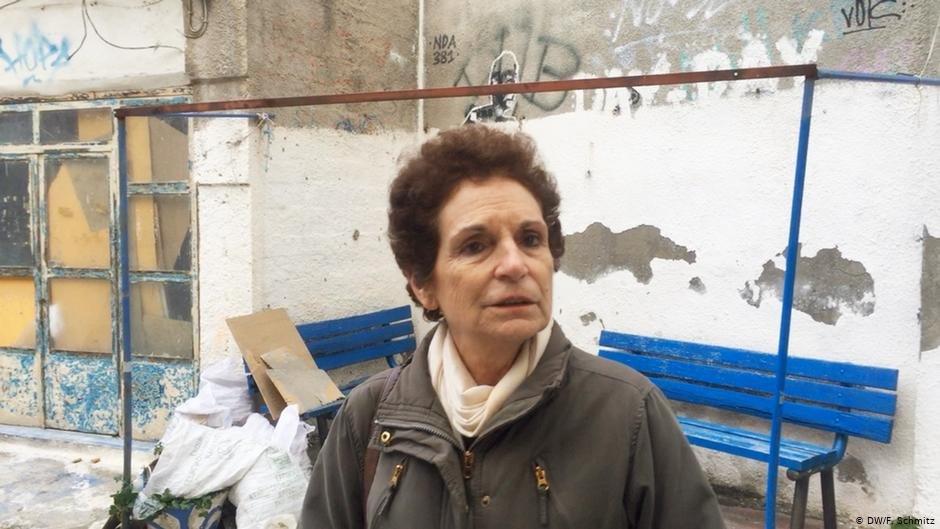 The camp may be about to become even more crowded. The fact that Turkey's President Recep Tayyip Erdogan announced he is allowing Syrian refugees to cross the border to Greece is bad news for the people on the islands of Lesbos, Chios and Samos. The situation has already escalated along the land border between Turkey and Greece, where Greek police have stopped migrants from crossing, according to the Ministry of Migration in Athens. People on the Greek islands are also sure that countless boats are ready to leave the Turkish coast, headed for Greece — boats full of people who have been waiting for months or years for an opportunity to travel on to Europe.

Read more:  Lesbos: 'We want our island back'

Left in the lurch by Athens and Brussels

Faced with an increasing number of new arrivals, the people on these three Greek islands have long felt abandoned by the Greek government and the European Union, which continue to see the refugee deal with Turkey as a solution. The islanders can't fathom why the politicians believe this agreement is working.

Greek Prime Minister Kyriakos Mitsotakis wanted to get the situation under control by implementing two measures: a tougher asylum law to enable as many people as possible to be deported back to Turkey, and the construction of closed refugee centers on the islands. It is unclear whether he will be able to carry these measures through. The escalation on the Greek-Turkish border shows that Turkey is serious about waiving the refugee deal. And there has been fierce resistance to setting up closed centers on the islands.

"You can't just lock up people who have lived among us for months, maybe years," says a shopkeeper in the center of Mytilini, the largest city on Lesbos. "That really is the way to turn them into criminals." Opposition to such centers was one of the reasons why many islanders took to the streets last week in protests that saw fierce battles with the police. The message to politicians in Athens and Brussels was clear: Things have gone too far! For years, citizens, volunteers and human rights activists had warned that the situation on the islands was not acceptable for the refugees or for the islanders.

Hunger and violence in the refugee camps

"It's strange," says a 40-year-old teacher. "For the first time, everyone on the island is in agreement, from the far right to the extreme left." The Greek government, however, says it is sticking to its plans for closed camps. And in response to the protests, Athens sent MAT, a notorious riot police special task force. Work has already begun on a closed center on Samos. Lesbos residents want to prevent the same thing happening on their island at all costs.

"They can't turn us into Ellis Island," argues Christina Chatzidaki, in reference to the small island off New York City that was the collection point for immigrants to the US for 30 years. Chatzidaki is annoyed that her fellow islanders are accused of xenophobia across the board. There are some neo-Nazis, she concedes — "but they are only a small group." Most people are simply overwhelmed, she says. "Mytilini has 30,000 inhabitants, but there are 25,000 refugees on the island — the figures alone show how absurd the whole thing is."

Tensions are on the rise in the refugee camp, too, and violent clashes occur time and again. In addition to the cramped and sometimes inhumane living conditions, it is the uncertainty that weighs heavily on the people there. Asylum seekers often wait for years rather than the designated six months for their asylum procedure. "The conditions are unbearable; we are suffering," a 42-year-old man from Nigeria who has been in Moria since 2017 told the reporters. "Please get us out of here — we ask the Europeans to help us." 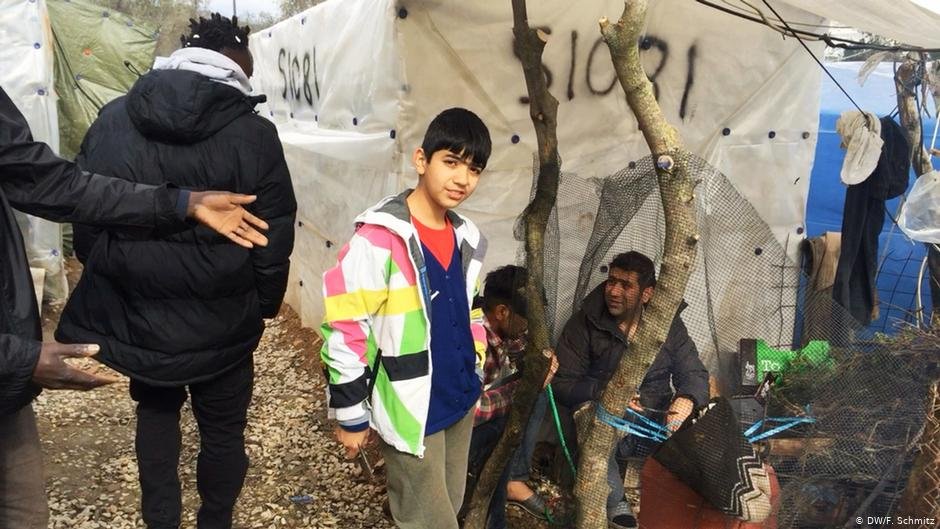 Salam Aldeen is familiar with the situation. He founded Team Humanity, a Danish NGO that runs a center right next to the refugee camp. Last year, the Greek police expelled him from the country. Aldeen suspects he was a thorn in the side of the authorities because he drew attention to grievances and spoke to journalists. He, too, is concerned that Turkey is now allowing refugees to cross the border again. "Many people will come, and people will drown again," he says.

Even people who make it across the Mediterranean Sea to the shores of a Greek island are not safe. "There won't be enough food, the situation in the camp will escalate further, there will be fights with the police and the people on the island will finally lose their patience," he argues. "We are entering a state that is worse than just critical."

The EU must develop a viable strategy, particularly for relations with Turkey, demands Sotiris Serbos, a professor of international relations at Democritus University in the Greek city of Komotini. "The EU is racing against time," he says. "Short-term approaches, eternal waiting and then somehow getting by — that must come to an end."

The refugee deal with Turkey has not proven to be effective, Serbos adds. "Of 150,000 arrivals in Greece since the agreement was signed, only 2,000 people have been deported — 1.3%."

Serbos demands what many EU member states are reluctant to implement —a fair distribution of refugees among all EU countries. "We have to develop a new strategy and resettle people directly from Turkey to the respective countries," Serbos says.

On Lesbos, most people have given up hope that the EU will finally make a move. They fear tourists will once again completely avoid their island, as they have in the past two years — although the refugees are only in Mytilini and in the Moria camp. And it is likely even more people will seek refuge on Lesbos. As soon as the wind dies down and temperatures rise, the number of boat refugees from the Turkish coast will increase significantly, just like last summer — deal or no deal with Turkey.