Eyimofe: A desire to migrate on screen at the Berlin film festival

Migration was on the big screen at the most recent edition of the Berlinale, the Berlin film festival. One of the films with that subject at its heart was "Eyimofe" (This is my desire), a Nigerian film that examined dreams of migration through two characters living in Lagos. InfoMigrants caught up with the film’s director and screenwriter, brothers Arie and Chuko Esiri.

"Overseas!" declares Precious, the sister of main character Mofe, played by Jude Akuwudike, with delight, just a few minutes into Eyimofe. Precious is celebrating the fact that Mofe has just obtained a passport. "I will transfer the money into your account tomorrow," she says, shaking her head, her smile spreading across her face.

The desire to migrate and the promise of overseas hangs heavy over Eyimofe and many of the inhabitants of Lagos. Although the film takes place entirely in Lagos, Nigeria, the film itself is split into two chapters entitled "Spain" and then "Italy." We never see either of these countries in the film but the hope that they can magically transform daily life is omnipresent.

'Migration is widely discussed in Nigeria'

"Migration is widely discussed in Nigeria," explains Arie Esiri, Eyimofe's director. "One of the main topics of discussion is politics back home ... and with that comes this question of 'when are things going to change?' and if they are not then 'when do I get out and make my life better?' and that covers all socio-economic backgrounds and statuses." 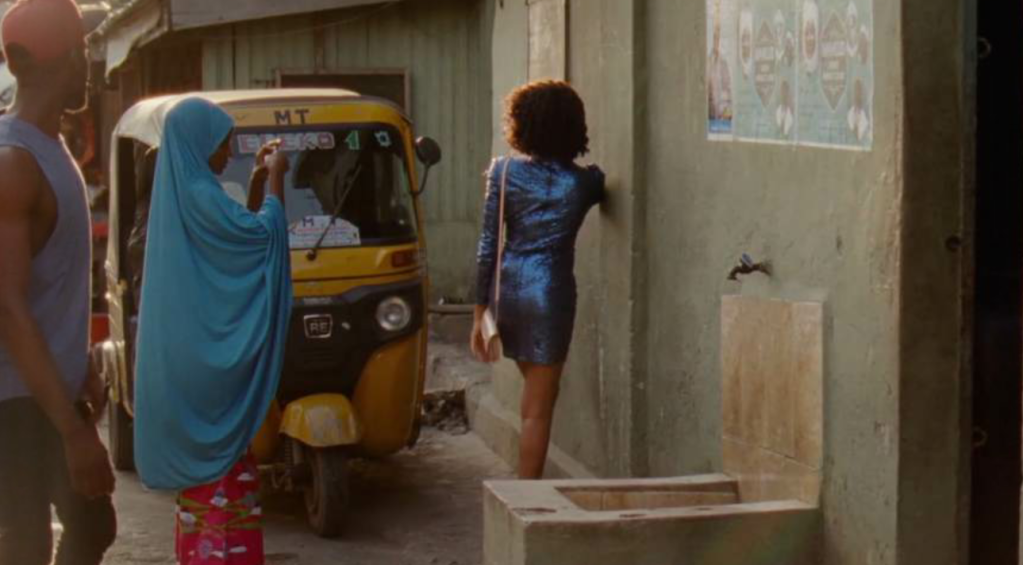 Arie and his brother Chuko Esiri both studied in the UK and the US, so they are no strangers to the idea of migration themselves. Arie uses an example from their personal life to illustrate his point. US President Donald Trump's recent announcement of a travel ban on Nigeria made people like him, his brother and their family question "what needs to change on our migration status?" in order to be able to take advantage of all the contacts and skills they have built up in the US during their studies. It is something you are always conscious of, he underlines.

Challenges of holding a Nigerian passport

Later in the interview, he mentions again, how just holding a Nigerian passport comes with challenges that holders of a European passport might never face. You always need to be conscious of making sure you have the right visas and you know what to apply for, says Arie. Even getting to the Berlinale set up its own challenges, he adds. "We are lucky though, I know we can call people up and explain what has happened to us and they will sort it. We can read and write and apply for our own visas," but the characters in their film do not have such an easy time of it.

Mofe is illiterate. He has to rely on middlemen to tell him about the documents he needs and then help him fill out the forms in order to apply for a passport or a visa. "This Kafkaesque life has sort of always existed," says Chuko referring to the labyrinthine bureaucracy in Nigeria. "There is always a form to be filled, it has just always been that way."

Instead of focusing on the journey to Europe, which they feel is told all the time in the west, the brothers wanted to shine a light on the daily lives of people in Nigeria and why they might feel that migrating was their only option. As the film progresses, like the patience of their leading man Mofe, they quietly turn that idea on its head too.

You need money to migrate

The saintly patience of Mofe seems required in order to deal with daily life in Lagos. But what is needed to fulfill a desire to migrate is money. Money is needed at every turn in the film. To pay for the next stage in a visa process or health care check or to get a body released for burial. 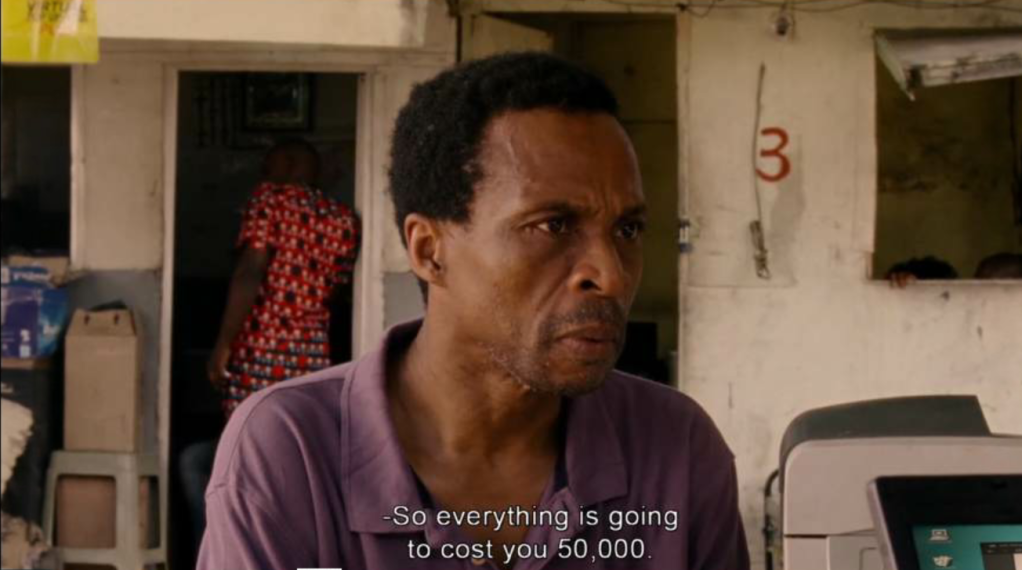 Sick of the headlines in Europe which tend to portray all Nigerian women as aspiring prostitutes waiting to be launched on European soil and all men as cheats or drug dealers, it was important for him to try and portray the context of what life is like in Nigeria for many of these people. The trials and tribulations which feeds this desire to migrate. Chuko wanted to underline that the majority "are not bad people, the very opposite. When you read about this 'chap was caught and has been deported,' he was probably working two jobs back at home and trying to keep his family afloat and doing his very best." 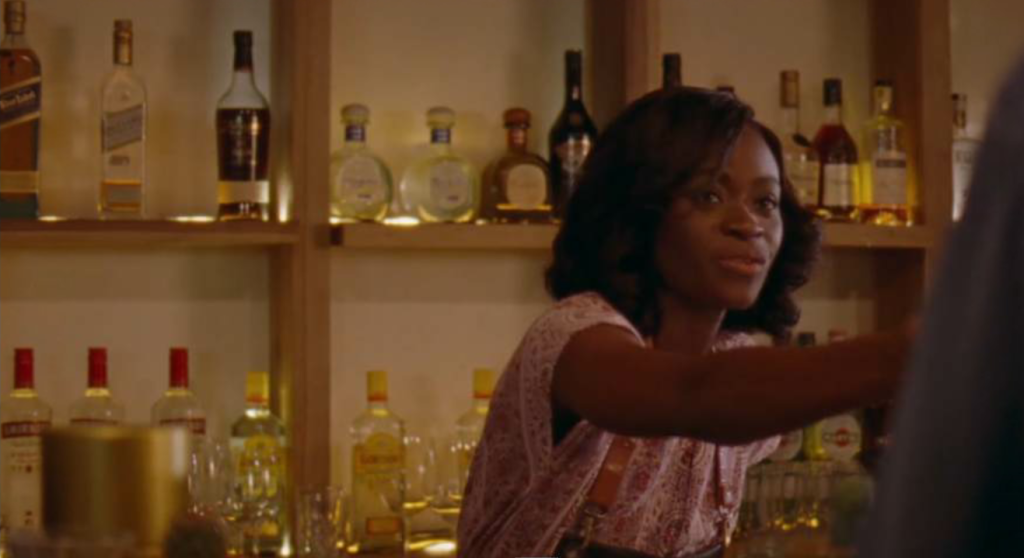 Exactly like both of the film's main characters Mofe and Rosa. Mofe works as an electrician at a factory by day and at night as a security guard. Rosa, played by Temi Ami-Williams works in a hairdressers during the day and as a bartender at night. Both of them want to do their best for their sisters and their growing families. It is the family which makes them think that they can only improve their situations through migration.

Mofe hopes to arrive in Spain one day and Rosa and her sister Grace in Italy. Neither of them seem to have ideas about what these other countries might look like, just that they have to offer an opportunity to better themselves which they have not found in Nigeria. 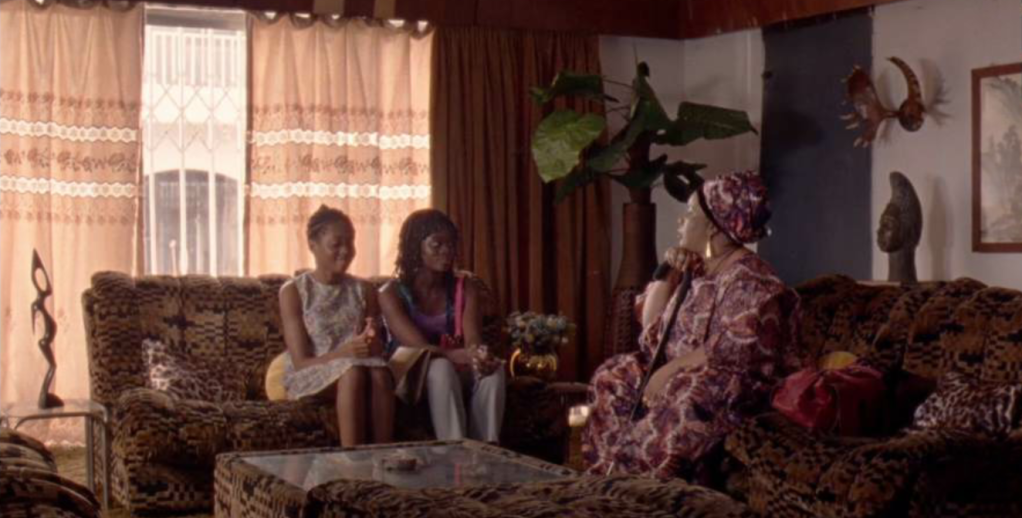 The outcomes for both characters, like their lives, are a little different and they both face different challenges. Nigeria is a very patriarchal society, agree both brothers. Through the character of Rosa, "we wanted to talk a bit about what it is to be a young woman in Nigeria," says Chuko. Many of those situations "are just not pretty. There are so many ways in which one leaves, or attempts to leave," he adds. In fact, the ending for Rosa is tinged with the compromises that many women are forced to make. The only freedom to be had is dictating some of the terms of the 'prison' they enter.

Yet while working within those parameters, the brothers also wanted to upend some of the other cliches the audience might have about the women who migrate. The usual narrative of a woman who will stop at nothing to reach her goal is softened and blurred in the character of Rosa. On the one hand, she appears willing to trade her sister’s unborn baby for a chance to make it to Italy and does ask her American boyfriend for a new phone, expensive perfumes and money for the rent. But the brothers are at pains to point out that they think she genuinely wanted to pursue a romance with Peter and is not just out for what she can get. 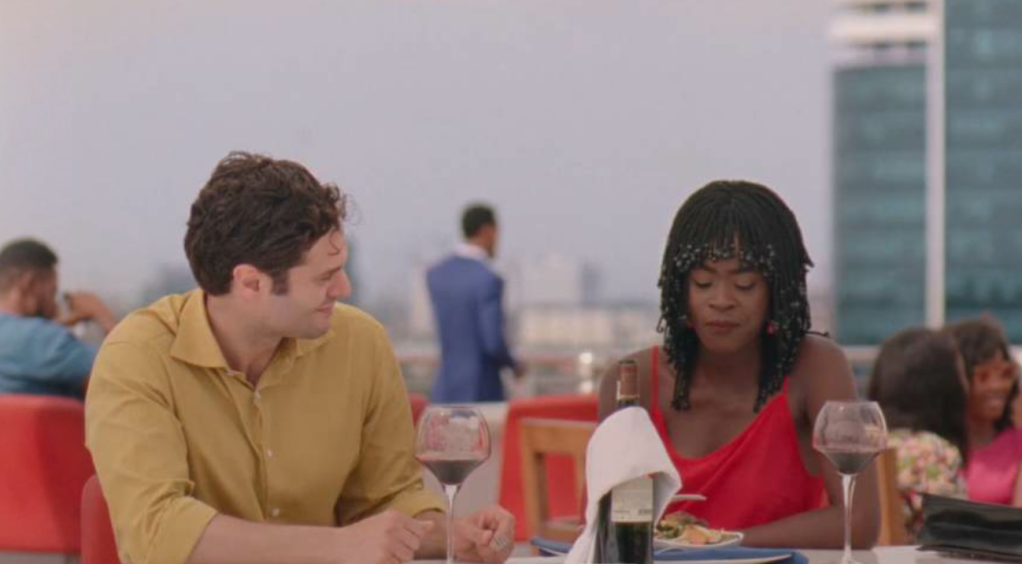 Similarly, when Grace loses her baby and Rosa starts to realize what the reality might be of the "work" that she and her sister will have to perform in Italy, she appears to think again.

At the end of the film, both characters are still in Lagos. The desire turns out not to be so much about migrating but “to have a chance at succeeding,” says Chuko. "I wanted to keep them in Nigeria because sometimes, we don’t see what is right in front of us. Mofe finds his desire and an opportunity to take care of his family in Nigeria." Chuko says he wanted the viewers to understand that yes, life might be difficult but that there "is a possibility that you will find what you are looking for in Nigeria too." 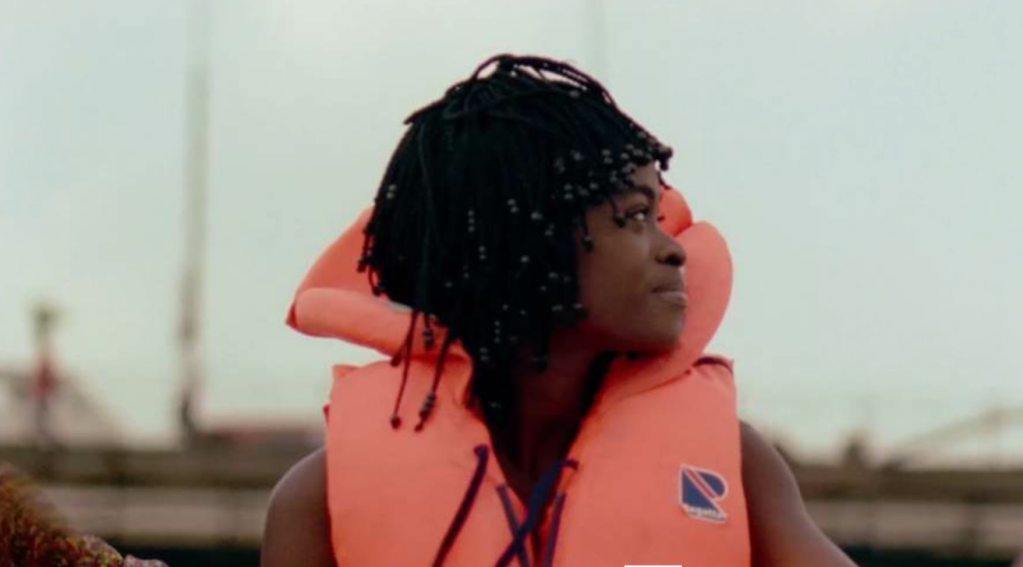 This ending played well to audiences within Nigeria. "They really appreciated it," says Chuko. "The money it costs you, to get your papers, to get out of the country, a lot of Nigerians felt if you put that money into something else, or if you tried to build something at home then you may get an opportunity there too."

This chimes with the brother’s own desire to be inspired by their home country. They could have stayed in the US, they say, "but I wanted to be home and to tell stories from home. It is a place that inspires me and that I love very much," concludes Chuko.