Europe's borders are not open for refugees coming from Turkey

The German government has issued a strong rebuttal to Turkey's claim that 'the door is open' to Europe. Thousands of people have rushed to the land and sea borders between Turkey and Greece, but few have managed to cross.

Turkey's announcement last week that it would open its borders with Greece to migrants trying to enter Europe has resulted in thousands rushing to the borders between the two countries. Greece has responded by closing the land border and sending in military and police reinforcements. It is also trying to stop migrant boats from crossing from the Turkish coast to its eastern islands.
Several EU member states including Austria, Hungary and France, as well as the European Commission president, Ursula von der Leyen, have stated that they will support Greece and Bulgaria to seal their borders with Turkey. "Those who seek to test Europe's unity will be disappointed. We will hold the line and we will prevail," von der Leyen said earlier this week.
Late Wednesday the German government added its support announcing that Europe's borders are not open, and neither are German borders. The message from the interior ministry was tweeted in English, Persian and Arabic.

The German Federal Minister of the Interior: "We need orderly conditions at the EU's external border. We will use our best efforts to support Greece in achieving this. Europe’s borders are not open for #refugees from #Turkey, and neither are our German borders." #migration

Who are the migrants gathered on the Greece-Turkey land border?
While the large majority of refugees in Turkey – around 3.6 million – are from Syria, Greek officials say very few of the recent arrivals at the border are Syrians. Most of those arrested on Monday were Afghans, Pakistanis and Moroccans.
Observers in the border region, such as the IOM, say that while most of those trying to cross into Greece were previously single men, the 13,000 migrants who have gathered at the 212-kilometer border in recent days include many families and children.
How many have crossed into Greece?
Turkey has said that more than 100,000 refugees have left its territory but has provided no evidence to support this figure.

By late Tuesday, Greek authorities said they had arrested 218 people who had crossed the land border with Turkey. The migrants were taken to detention facilities, a source in Greece told InfoMigrants. Since Saturday, authorities had stopped about 26,500 attempted land border crossings. The source confirmed that these people were sent back into Turkey. 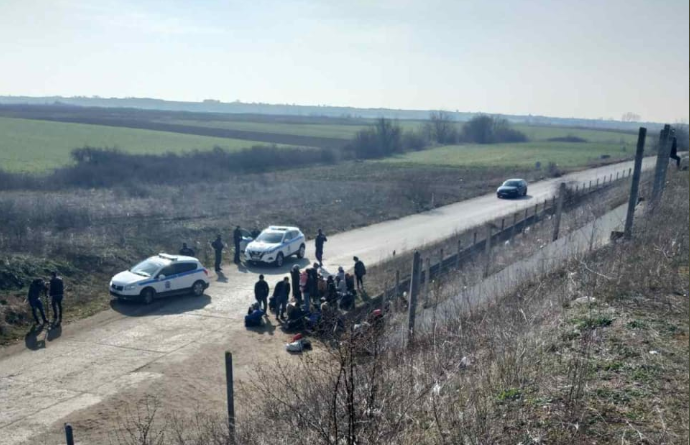 More than 1,700 migrants have arrived in Greece from Turkey via the Aegean Sea route since last Friday, with a peak of 902 arrivals, most on Lesbos island, on Sunday, March 1. Only about 50 arrivals were reported on Tuesday. This may have been due to rough weather conditions, a spokesperson from Refugee Support Aegean (RSA), an NGO based in Chios, said.

Migrants arriving on the islands are not able to apply for asylum since Greece announced a suspension of applications for one month from March 1.

The migrants who have landed on the islands since Sunday have been arrested and are being held in and around the Mytilene harbor area on Lesbos and in other facilities in Chios, the RSA spokesperson told InfoMigrants on Wednesday. He said the Greek authorities plan to transfer the migrants to the pre-removal centers on the mainland, from where they will likely be returned to Turkey. "It is not clear [what will happen] because many of them do not have travel documents," the spokesman said. "The government's plan is to send them back to Turkey or to their countries."

According to the Greek government, most of the recent arrivals are from African countries or Afghanistan, with only a few from Syria.

Are boats being turned back?

Yes, though it is not clear how many. Since the weekend, the Greek coast guard has begun turning boats of migrants back towards Turkey. On Monday, a Turkish video showed the coast guard pushing a boat full of migrants while an officer fired shots into the water.