Accusations fly between Turkey and Greece as border situation worsens

Clashes have continued at the Greece-Turkey border as migrants try to enter the EU. Greece has accused Turkey of encouraging migrants to cross the border and spreading fake news, while Turkey says its neighbor is violating human rights.

The situation at the Greece-Turkey border is coming to a head. On Wednesday morning, Greek riot police and troops fired tear gas and stun grenades at hundreds of migrants as they attempted to cross the border from Turkey into Greece. The clash happened near the Greek village of Kastanies, a few kilometers from the Turkish city of Edirne. The air was reportedly thick with smoke on both sides of the border.

One witness said they saw teargas canisters being thrown from the Turkish side over a high razor wire fence at Greek police, according to Reuters news agency. The migrants were using Turkish military-grade tear gas against Greek troops, Greek government spokesman Stelios Petsas told a news conference.

The clashes came after Turkey last week made good on a threat to open its borders and send migrants into Europe. More than 10,000 migrants and refugees have since gathered on the Turkish side of the border. Greek authorities said Wednesday they had blocked close to 30,000 attempts to cross the border and arrested around 220 people who managed to cross. 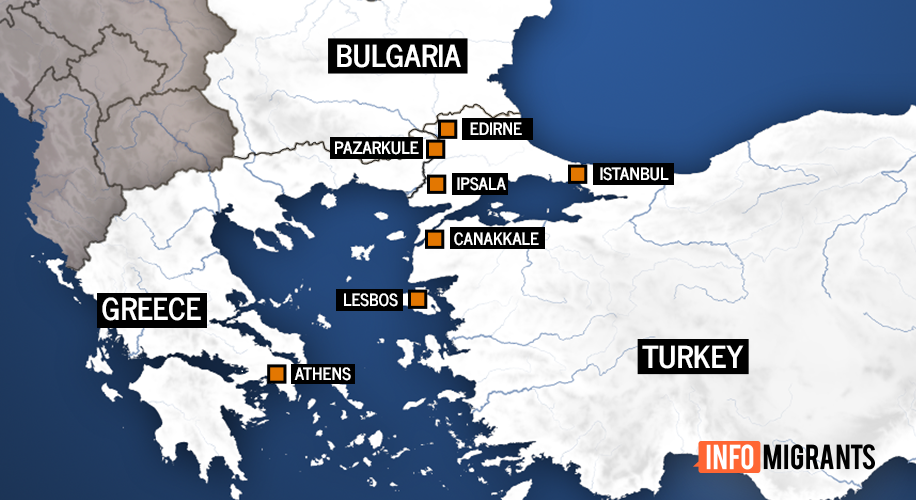 A war of words has continued between Greece and Turkey since the clashes began. On Monday, Turkish authorities released a video showing men, who appear to be Greek coast guards, shooting in the water off the Greek Aegean islands in order to scare migrants in a dinghy coming from Turkey. While Turkey accused Greek police of intimidation measures, Greece denied any use of firearms and called the claim "deliberate misinformation."

Also on Monday, Turkish security sources said a Syrian migrant died after Greek security forces intervened to prevent the passage of migrants gathered on the land border. The Greek government denied the report, calling it propaganda.

Greece treats refugees horribly and then turns around to blame Turkey. This is the kind of double standards and hypocrisy we have gotten used to over the years. The country that just suspended temporary protection and tear gassed migrations has no moral authority to speak of!

In a tweet on Tuesday night the communications director of Turkey's presidency, Fahrettin Altun, said that: "Greece treats refugees horribly and then turns around to blame Turkey.''

The tit for tat continued Wednesday morning when Turkish officials claimed that one migrant was killed by Greek fire on the border. "Six men were injured after live bullets were used," the Edirne governor's office in northwestern Turkey said, adding that one of the men later died of his injuries.

While Greece "categorically" denied the claim, the news agency AFP reported that one of its photographers saw a migrant shot in the leg as a group of migrants tried to cut their way through the fencing near the crossing at Pazarkule. The group then allegedly threw stones at Greek police, who responded with tear gas, while several shots and cries were heard.

With material from Reuters, AP, AFP