Karim's* story: 'The worst experience of my life'

Karim (name changed) is one of the thousands of migrants in Turkey who tried to reach Greece after President Erdogan announced he would no longer stop refugees and migrants headed to Europe. During Karim's journey to the border, he claims that he and his friends were scammed and threatened. Eventually, unable to cross into Greece, he decided to return to Istanbul. He shared his story with InfoMigrants.

"When we were going [to the border], we saw other nationals coming back to Turkey claiming that they were beaten and their phones had been taken and they had been sent back to Turkey.

Some Turkish gangsters are using this as an opportunity to kidnap migrants along the way and take money from us or threaten to kill the migrants so that they give them money.

My two days journey from Turkey to Greece was the worst experience of my life. It was on Friday night when my friends and I heard that Turkey has opened the borders to any refugee or migrant who wanted to go to Europe. Having planned so many times to cross the Turkish border to Greece by sea, I saw it as an opportunity. I never knew where the border was, but as I saw people going I just followed them.

We met a Turkish bus driver who told us that if we paid him 100 Turkish lira he would take us to the border -- he had guessed where we were heading. We agreed and joined the bus, where we found some other nationals. After four hours’ drive, the driver seemed to be lost - he didn’t even know the place. I had to use Google maps to locate Edirne. Then he dropped us at a place where we found a lot of migrants who were also looking to get out. 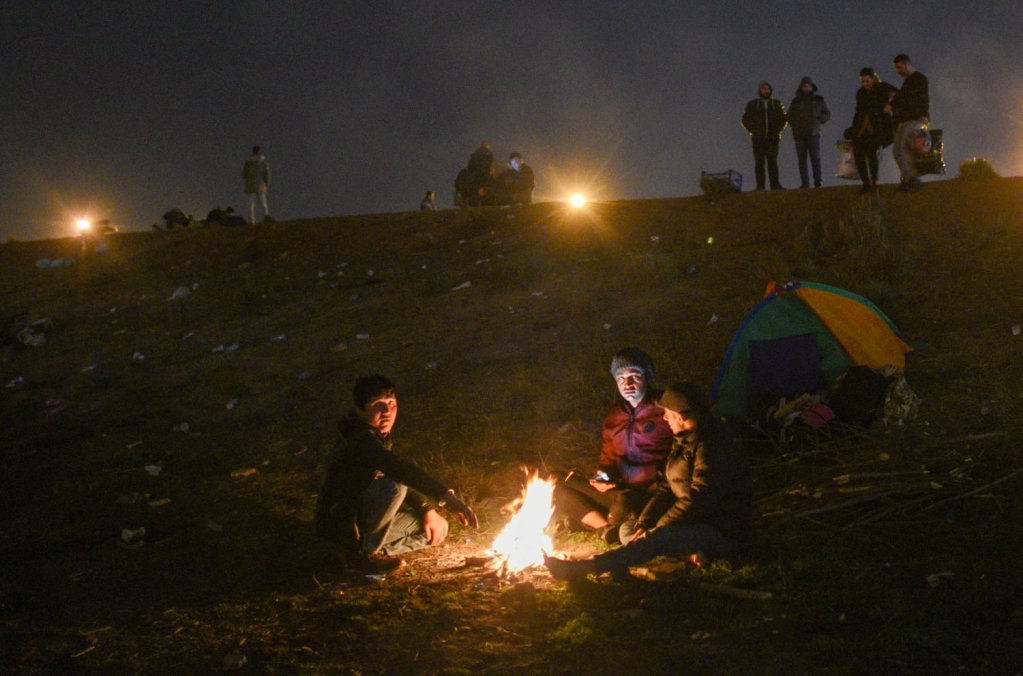 After about 10 minutes of standing there we asked some Turkish men. They told us to pay them 50 lira each for them to take us to the border -- a place called Ipsala this time. There were four of them and six of us. They had two vehicles. Then we drove in a kind of convoy. After 5 minutes the driver told us to give them 100 lira to give to the police. I was like, ‘I thought the border was open for all migrants’. Then there was a small argument. Ten minutes later they told us that this is where they would stop. We actually didn’t know where we were, so we asked them to show us directions but they just left us. We were dumbfounded. It was 3 am, the weather was very cold.

Later we saw a car approaching us and this time there were two people in a private Toyota which was driven by an old person who might have been in his 50s. He asked us what we were doing there so late at night. The man spoke Arabic with his friends inside the car. After we had explained why we were there, he promised to help us reach Greece by sea.

The man said he had a boat and could take us to the sea if we paid him $100 each. I trusted him at first because he was an elderly person and he appeared caring. But giving him money before he had taken us to the sea was the last thing I was going to do.

Then he said the sea isn’t that far away so he would take three of us first and drop us at the sea, and then come back later for the other three. We agreed and he and his friend drove away with three of my friends. The rest of us waited for about 45 minutes with fear but still with the hope that things would be alright. Then we saw the man coming with the car and this time alone.

After 30 minutes we saw lights and he said ‘that’s Greece. It will take you just ten minutes in the water to reach the Greek islands.’ But then he turned the car in a very dark place where I found my friends and two other vehicles parked. There was no sign of the sea. The man said we had to settle his money before he would proceed. I told him that was never the deal but he said we must all pay him. He then said his men were in the van behind us and if we didn’t comply they would kill us. My friend and I refused, and the man told us to get into another vehicle and that one of his men would take us to sea. I think he was going back to look for another victim to scam.

The man said we must give him $100 each or else we will get in trouble. 'We have nothing to give you,' said one of my friends.

The man turned to him and said: 'I will start with you.' He ran to his car and took out a gun.

I told him: 'You are not gaining anything if you kill us. We are desperate to find a better future and good education, none of us here is older than 24. You lied to us and kidnapped us. You shall never have peace.‘

He took out his phone and made a call. Suddenly we saw two men came down from the car that we had met there before. Both men were masked. The man told us to give him $50 dollars each -– if we did, the two men would return us to where he picked us up. He said that we were wasting his time for not cooperating.

We followed orders and all crammed into the back of the van. The man left with his friend and we were taken back by the masked guys. The van was left there but I could hear some noise in the van which could have been coming from some kidnapped migrants. Dropped in the middle of nowhere

We were dropped in a place called Otocar instead of where we had met the man. This was around 5 am. I decided I wanted to go back to Istanbul and that I couldn’t continue this journey. But my friends insisted that 'it’s not over until it’s over.' They said, let‘s hope we reach Greece and surely we will.

We stopped a taxi and asked the driver for the border where people are heading to. He said it’s only a 45-minute drive. We got in and paid 300 lira, which is around €50.

We arrived at Edirne at 6 am and saw Turkish police transporting people in buses and dropping them near the border. We joined a group that was accompanied to the "No man’s land".

After 30 minutes I saw the Greek flag in the distance.  We decided to leave the convoy and sneak off into the forest so we could try to reach the border via a shortcut . There we found two Togolese ladies with their brother trying to smuggle themselves into Greece. One of them was pregnant and was seriously ill to the point that she couldn’t move, and the other lady was holding a seven-month-old child in her arms.

I wanted to help them, but the lady couldn’t walk, so we decided to go to the bridge where there were Turkish security officers. We informed them and two officers came with a truck and took them back to Turkey. We continued on our way to Greece. 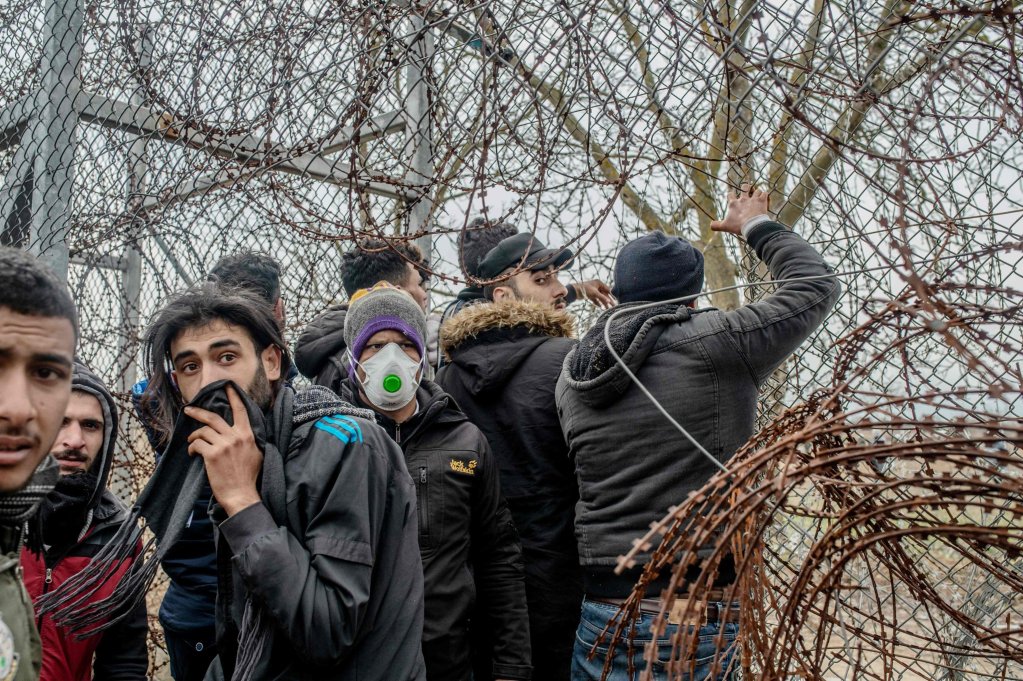 We were then intercepted by three Greek soldiers. They told us to go back to Turkey or  we would face consequences. We saw some other migrants being beaten and their phones and other things being taken from them.

We decided to come back and then we met a Turkish guard at the bridge who told us to stay till 8 pm when the border would open. We spent 7 hours in that forest with so many little kids and women without water or food. I had some biscuits in my bag that I gave out to the children; I managed my own hunger. Around 8 pm there was no sign of the border being open, so we decided to go back to Istanbul.

It was only two days, but it really taught me so many things about the pain and evil to be found in this world."

*Name changed
Karim's story could not be independently verified. He first contacted InfoMigrants on Facebook on Monday, March 2.