The ongoing conflict in Afghanistan has the country firmly in its grip. Security advisor Philipp Schweers looks at the current situation and what it means for refugees to return there.

Infomigrants: Germany is divided over the issue of sending back rejected asylum seekers to Afghanistan. How is the situation on the ground? What kind of conditions are migrants returning to?
Philipp Schweers: The situation in Afghanistan is still difficult and tense. It’s a country torn between renewal, frustration and conflict. The international military engagement has not led to sustainable stabilization. Militias and the informal economy are thriving.

There are unresolved differences within [President] Ashraf Ghani’s National Unity Government. Peace talks with the Taliban have so far been unsuccessful and every year, the frequency of violence peaks during the annual Taliban summer offensive. Attacks are often conducted in a brutal and media-effective fashion.

The lack in economic perspectives is also a big factor. Afghan refugees returning from Pakistan and Iran on the one hand and a big number of internally displaced people on the other are additional stresses on the socio-economic situation.

Who are Afghanistan’s refugees?
People from all different ethnic groups. Ever since the Soviet occupation and the civil war afterwards, hundreds of thousands fled the violence: women and children, former militia, politicians, families, whole clans. They went to Pakistan, Iran and to the West. Today, it’s mostly young people who flee the country, especially young males. They are unemployed and the political situation and latent insecurity act as catalysts.

What opportunities do people returning to the country have?
Despite the difficult and tense situation there are opportunities for returning migrants. International investments have bolstered the infrastructure, stabilized ministries and bureaucracies and professionalized the security apparatus. There are vocational programs by both national agencies and international donors that provide opportunities to get financial stability and improve qualifications. There is local trade and export; there are institutions for education as well as ongoing investments in infrastructure and economy. But these options can sustain only if the latent insecurity and the political fragility are addressed and worked out.


In 2016, the number of civilian casualties rose to a record level. International organizations are calling to reevaluate the notion that Afghanistan was "partly safe." From your experience, how safe is the country?
Conflict in Afghanistan is not open like in Syria. It’s a low-intensity conflict – the situation escalates sporadically and there are occasional incidents in individual provinces.
Overall, the situation is in no way homogeneous or coherent. There are regions, like the provinces Panjshir, Daykundi, Bamiyan or the northern city of Mazar-e-Sharif which are relatively less affected by conflict-driven violence. There is clearly more tension in hotspots like northern Kunduz, southern Helmand or eastern Nangahar.
There is hardly any continuous open fighting. It’s a latent instability that dominates the picture. In many parts of the country, everyday life and trade go their normal course, though interrupted again and again with isolated incidents.

How did you yourself experience insecurity in the country?
Even in during the American surge of 2009 and 2010 when I was working in Eastern Afghanistan, insecurity to me was more a matter of limited ability to move, there were singular attacks and assaults on security personnel.
Security is not, however, just a question of the intensity or the frequency of conflict. To many of my Afghan colleagues and friends, many factors were important to what I call "human security": a lack in work and income opportunities as well as a unclear political future due to the gradual disengagement of international troops. 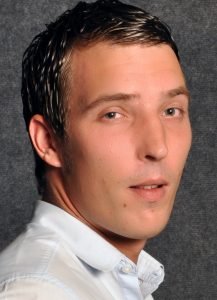 What are the biggest factors causing instability?
One the one hand, peace talks with the Taliban have failed. This allows for continuous clashing and hence a feeling of insecurity and it opens up space for other violent players, even the "Islamic State."
Politically, tensions within the National Unity Government alone are striking. Local "warlordism" has resulted in a militia culture. Thus, these militias, an overall weak economy and a lack in employment perspectives add to a significant economic instability.

What is the power structure like, what parties are we talking about?
It’s hard to get a clear overview of power relations. There are many influential militia commanders, historically influential warlords with political aims, various fractions of the Taliban, toppled groups from neighboring countries and even the so-called "Islamic State."

Are there any positive developments?
Yes, you have to look at it in a nuanced manner. International aid for Afghanistan regarding security issues and economic development is ongoing. This helps to set positive impulses and it keeps the country from drifting into an open conflict.

Afghanistan’s economy and infrastructure have developed significantly. Despite many internal rifts, the Ghani government has repeatedly managed to solve political crises very pragmatically. It seems more stable than the previous administration of Harmid Karzai. The government also managed to reach a peace agreement with the armed opposition party Hezb-e-Islami Gulbuddin (HIG). The expansion of armed groups associated to the so-called "Islamic State" in Eastern and Southern Afghanistan was also curbed.

Germany is seeking cooperation with Maghreb countries to set up deals for a quicker return of rejected asylum seekers. How do you evaluate agreements like the one made at Munich Security Confence between Germany and Afghanistan?
They are an important first step towards a joint effort to solve the refugee crisis. Together with the EU, there are also tailored programs for reintegration that entail creating opportunities for work for returning nationals. This will help the local economy, but only if the Afghan government is fully roped in, the political and security situation is monitored closely and there are sustained efforts to pacify the latent conflict.


Philipp Schweers works as a security advisor in international development cooperation as well as in the private sector. He has spent many years in Afghanistan, Pakistan and Subsaharan Africa. He also freelances for the International Institute for Strategic Studies (IISS), which focuses on conflict and stability studies.