Divided Cyprus, split by a demarcation line not recognized as a border, has become a popular destination for migrants in recent years. Now, the government has introduced a series of measures to curtail the number of arrivals. Separately, it closed four of nine border crossing points with the northern part of the island over coronavirus fears last week.

EU member state Cyprus is more than doubling the number of officials vetting asylum applications, shortening application deadlines and fast-tracking deportations. According to the country's interior minister, these actions are part of a new range of measures aimed at controlling a surge in migrant arrivals.

Unveiling the government's "action plan" to curtail the migrant influx, Interior Minister Nicos Nouris said asylum seekers from countries deemed "safe'' will see their applications processed within 10 days. The asylum seekers will have only three days to appeal an immediate deportation order, the Associated Press reports.

The government of the ethnically divided island nation says it has the most asylum seekers per capita among all European Union member states -- about 3.8% of its population.

According to EU statistics agency Eurostat, Cyprus also tops the list in terms of filed asylum requests: In 2019, Cyprus saw 3,305 requests per 1 million residents, followed by Malta (2,691), and Greece (1,645). 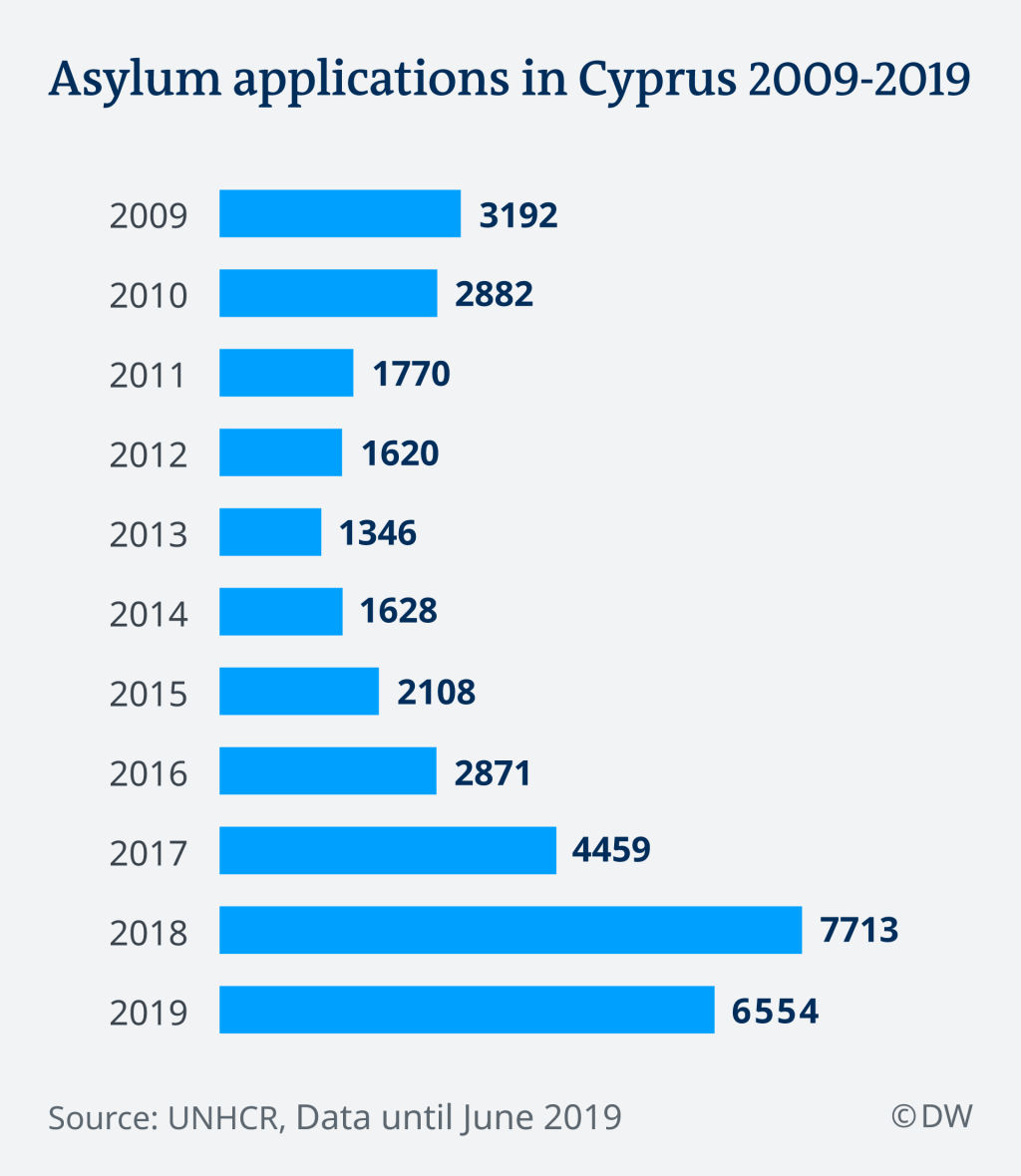 In late February, Interior Minister Nouris had accused Turkey of deliberately channeling migrants for months from the breakaway Turkish-administered northern side of Cyprus to the internationally recognized Republic of Cyprus (RoC) to alter the country's "demographic character."

Unlike fellow EU-member Greece, Cyprus did not see a wave of migrants trying to enter after Turkey had said on February 28 it was "no longer able to hold refugees" heading across the EU border.

Last week, the Cypriot government closed four of nine crossing points along its demarcation line on public health grounds, arguing it could better check for potential coronavirus carriers that way. 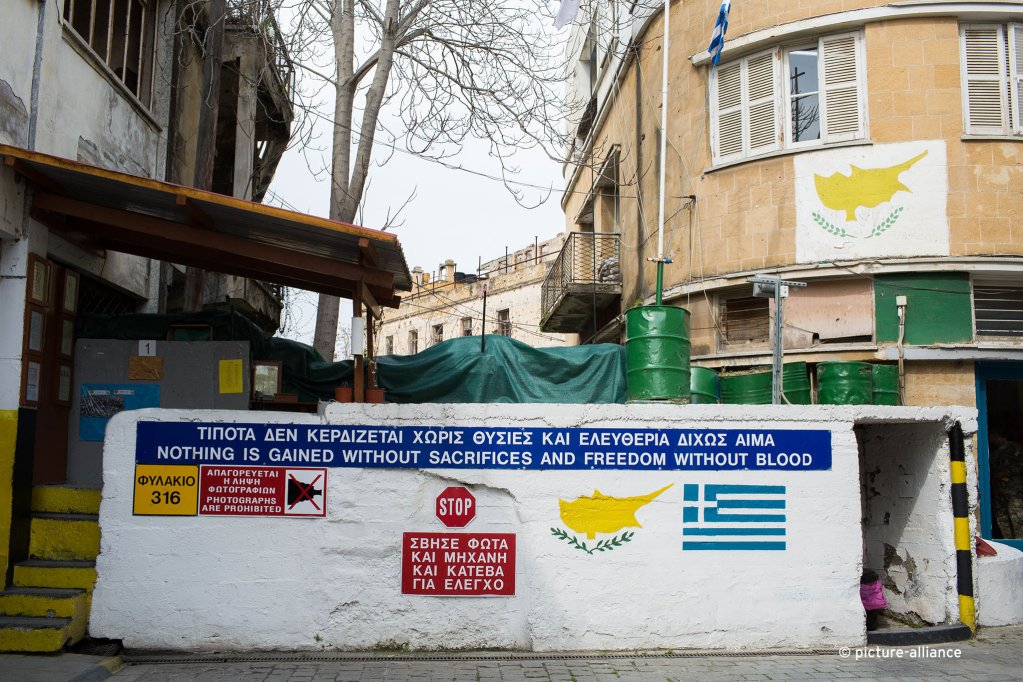 The northern part of the island has been occupied by Turkish forces since 1974, which Turkey -- as the only nation in the world -- recognizes as a sovereign country. This makes any legal disputes along the border between the two territories even more difficult.

The RoC, which has a population of roughly one million, joined the EU in 2004; but only the south enjoys full membership benefits.

A larger reception center with a capacity to hold 600 people will also be built to accommodate arrivals until their asylum applications are processed, Nouris said. The aim here is to reduce the need for housing and allowances, according to the minister.

Moreover, the government said it would seek EU funds to finance construction of new facilities, cover operating costs and purchase equipment to help with heightened monitoring of the nearly 200-kilometer (120-mile) UN-controlled buffer zone by police and military personnel.

According to UNHCR, approximately half of all migrants arrive on the island at the Turkish-administered north where there is no asylum system in force.

Migrants then take the well-trodden route of sneaking across the dividing buffer zone, or 'Green Line,' into the RoC. According to the Cypriot interior ministry, the number of persons irregularly crossing the line has been increasing in recent years: In 2019, 3,000 refugees crossed the Green Line to request asylum in the south, compared with only 138 in 2017.

According to Interior Minister Nicos Nouris, two-thirds of arriving migrants reach the RoC through the northern part. Consequently, Nouris said, his country would also intensify contacts with Europe's border agency Frontex to boost cooperation on deportations and to contain migrant arrivals.

Last November, Cyprus had decided to turn the Green Line into a more tightly-controlled border. The move was intended to stop people from crossing into the south to claim asylum there.

Meanwhile, Cyprus has sent forces to the Greek-Turkish border to help Greece patrol the border with Turkey, said Panagiotis Charelas, head of the Greek Federation of Border Police. Austria and Poland also sent forces to Greece.

Cyprus is located around 160 kilometers (100 miles) from the Syrian coast in the eastern Mediterranean; Lebanon and Turkey are just 100 and 80 kilometers away, respectively. The relative proximity to these countries is leading traffickers to offer this risky crossing to Syrians, who currently make up the largest group of refugees in Cyprus.

Although the island has not seen the same kind of inflow of refugees and migrants as Greece or Turkey, the small EU member state has become a more frequented destination in recent years.