Migrants arrested on suspicion of rape in Bosnia

Bosnian police stated on Wednesday, March 11 that they have arrested six Pakistani and Afghan migrants at a camp called Bira in the north-western region of Bihac. The men have been accused of raping unaccompanied minors in the same camp.

A police spokesman told the news agency AFP that they believed the men had raped “several” victims. Some of the six suspects have been accused of committing rape and others are arrested on suspicion of assisting the group.

A further four migrants at the camp were also arrested on suspicion of “drug trafficking and possession,” the same spokesman told AFP.

A camp near Bihac

According to the International Organization for Migration (IOM), the suspects and alleged victims were all housed in a camp on the site of a former refrigerator factory. The Bira camp site is currently hosting between 1,700 and 1,950 migrants.

The Pakistani satellite TV channel Samaa TV reported that among the nearly 2,000 migrants at the camp there are thought to be between 350 and 400 unaccompanied minors, the majority being boys between 15 and 17 years of age.

According to the online news portal Balkan Insight, the Bosnian Security Minister Fahrudin Radoncic stated a few days ago that he believed there were between 6,000 and 7,000 migrants currently on Bosnian territory. The country says it is ill-prepared to receive any more and is worried about a rise in numbers of migrants that could arrive from Turkey in the coming weeks. He called a fresh wave of migrants a “disaster” for the country. 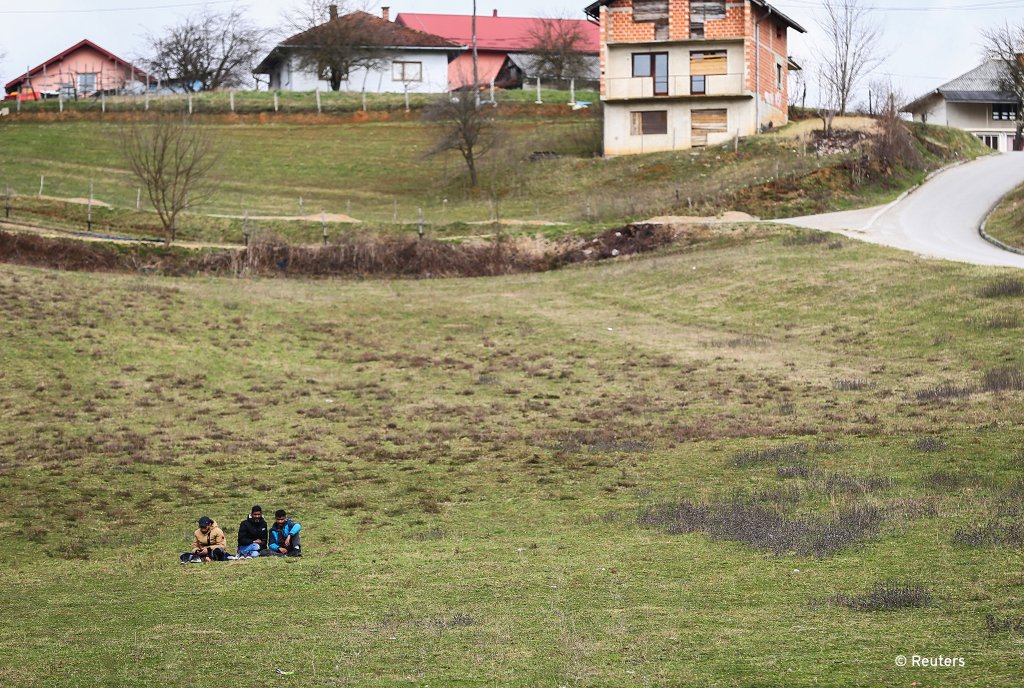 Radoncic told Balkan Insight that “Bosnia does not need to be a parking lot for migrants. The EU, especially after the Greek-Turkish major dispute, needs to respond and jointly protect not only its borders but also all other countries, so that migrants do not move towards Serbia, Montenegro and Bosnia and are stopped in Croatia.”

Police round up migrants sleeping rough

A public information officer with IOM told Balkan Insight that “current capacities at temporary reception centers for the accommodation of migrants and refugees in Bosnia and Herzegovina have been filled.”

On Wednesday, the news agency Associated Press (AP) reported that Bosnian police had moved “hundreds of migrants who have been sleeping rough in Tuzla, to a refugee center near Sarajevo.”

According to AP, the migrants were rounded up at bus and railway stations and transferred to a camp in Blazuj. The operation was reported as being conducted smoothly. “Migrants carried plastic bags with their belongings as they walked calmly toward the buses lined up nearby,” wrote AP.