The international newspaper The New York Times published a report on March 10 in which it accused the Greek government of detaining migrants at a “secret extrajudicial location before expelling them to Turkey without due process.” The Greek government dismissed the claims.

The New York Times (NYT) says that the Greek authorities are doing everything they can in order to avoid a repeat of the numbers of migrants who arrived in Greece and Europe in 2015. This includes taking a number of "hard-line measures" in order to "seal the borders to Europe," which essentially "violate international law," the newspaper writes. It is a charge the Greek authorities deny.

The US-American newspaper published testimonies from several migrants who say they were taken to a secret facility after crossing the Evros river from Turkey to Greece.

However, in an article from the news agency Reuters, the Greek government dismisses the New York Times' claims. A Greek government spokesperson Stelios Petsas told reporters that "there is no secret detention center in Greece." He added, wrote Reuters, that "if an international newspaper knew about the site, it wasn’t secret."

Petsas continued, "all issues related to guarding the borders or issues of security are transparent. The constitution is being applied…and there is nothing secret."

The NYT writes that through analyzing satellite data, photos and the testimony of various witnesses who claim to have been brought to the site, they have identified a collection of warehouses or farm buildings near the village of Poros. 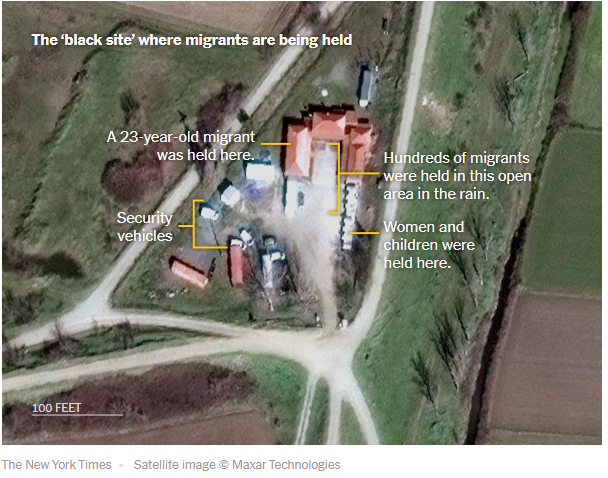 Reuters journalists say they visited the site and "found the building identified by the newspaper." Reuters writes that the buildings are a "military facility, with frequent coming and going of military vehicles, a lookout tower and a Greek flag flying from a flagpole."

One local man in the village spoke to Reuters and confirmed having seen migrants in recent days brought to the facility on buses and in army vehicles. The man named as Kyriazis Kyriazidis added that "Greece's practice is prevention, not letting them across the border. And that is the right thing."

At the beginning of March, the Greek government announced that it was suspending all asylum applications for a month. It also passed a decree, reports Reuters, "allowing for the immediate deportation of any migrants seized crossing the border."

'The equivalent of a domestic 'black site''

The NYT however quotes a former UN Special Rapporteur, Francois Crépeau, who says that the Greek facility in Poros is "the equivalent of a domestic 'black site' since detainees are kept in secret and without access to legal recourse." 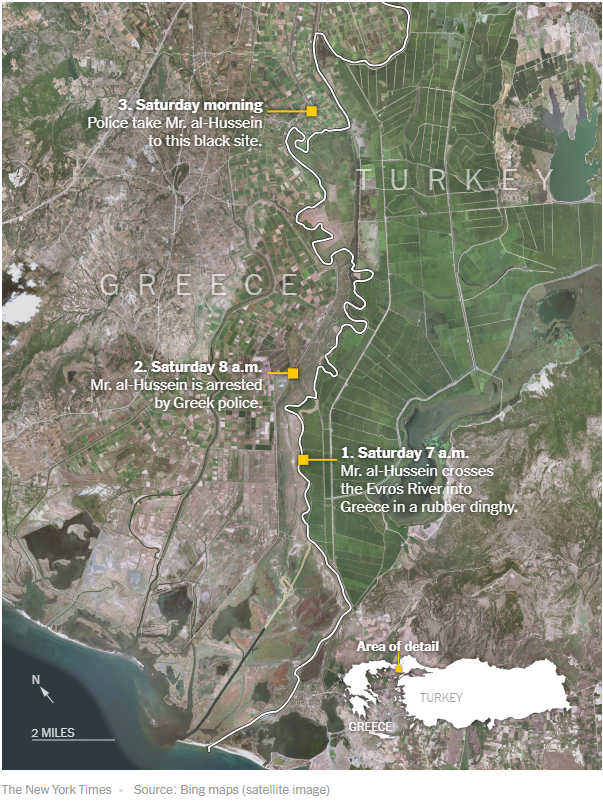 He monitored his journey on his mobile phone before it was taken from him at the site. He says he waited at the site with "hundreds of other captured migrants." He was "taken indoors and crammed into a room with dozens of others." Al-Hussein claims that "his requests to claim asylum and contact United Nations officials were ignored." He told the NYT that to the Greek authorities the migrants are "like animals." He says he was denied food and drink for the night and then on March 1 "driven back across the Evros river," where he says "Greek police officers ferried them back to the Turkish side in a small speedboat."

Site represents a 'violation of the right to seek asylum'

The NYT says that a "former Greek official familiar with police operations confirmed the existence of the site, which is not classified as a detention facility but is used informally during times of high migration flows." The site was confirmed a second time by a Sweden-based research group, Respond.

Quoting former UN Rapporteur Crépeau who is also a professor of international law at McGill University in the US, the NYT said that the center "represented a violation of the right to seek asylum and 'the prohibition of cruel, inhuman and degrading treatment, and of European Union Law." 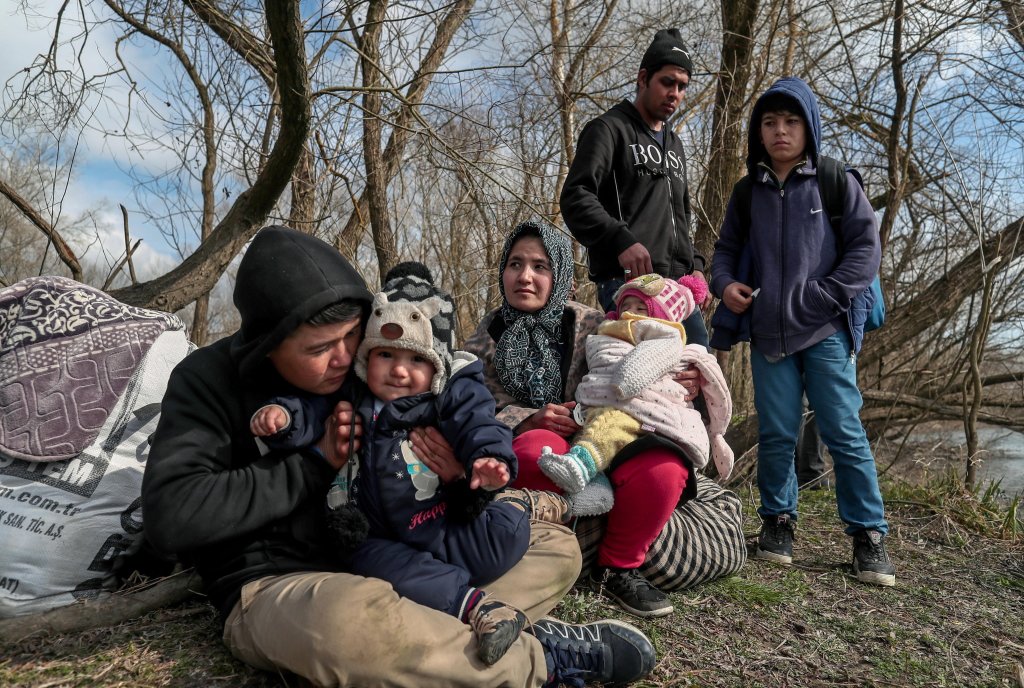 The article also alleges from video evidence and witness testimonies that the Greek coastguard has been using force, including shooting in the water and trying to destabilize migrant dinghies in an effort to deter more migrant landings.