Migrants on the Turkish-Greek border: 'We want to go back to Istanbul'

Humanitarian conditions have deteriorated considerably near the Turkish-Greek border one week after the Turkish government threatened to "open" of the gates to Europe. Many migrants turned back by Greece or stranded in the Turkish border town of Edirne are now considering leaving the area.

As night falls on the dozens of migrants exhausted by their attempts to cross the Turkish-Greek border small campfires begin to appear on the lawns of the Edirne bus station. Most of these migrants are preparing to spend the night here by spreading large blankets on the ground. Some are sleeping in tents — though they are few. No one is seen trying to rush to the border in the cover of the dark.

These curved silhouettes at night with their large bundles of belongings are the first signs of an ebb to the migration wave which Turkish President Recep Tayyip Erdogan said would be unleashed on the EU on February 28. 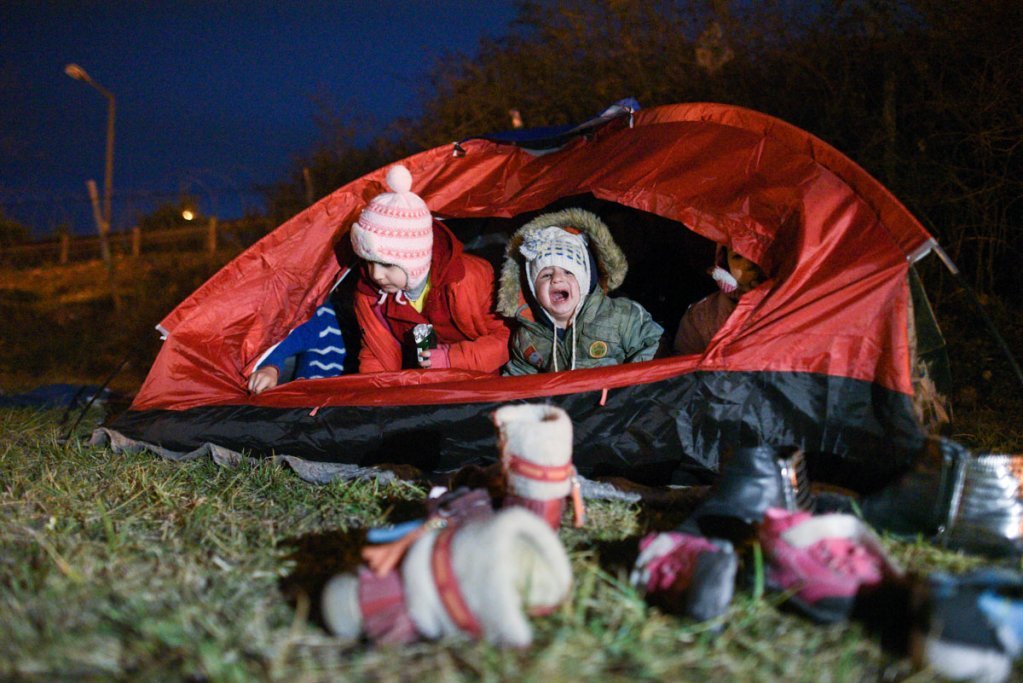 A small voice is heard crying from inside one of the few tents on the lawn. The zip opens, and little Reda's pouting face appears, surrounded by his three siblings. He has a burn on his right hand that he suffered when he fell on the glowing embers of the campfires. In the back of the small tent, the mother struggles to calm her one-and-a-half-year-old son.

'Illegal entry into Greece is out of the question'

"We've been camping here for three days. If we had known the situation was like this, we wouldn't have come," says Hala*, the mother of the children in the tent. This Syrian family left the Turkish town of Mersin, 1,200 kilometers southeast of Edirne, in a bid to reach Greece.

"A bus came by earlier in the day and offered to take us to the border while my husband took our son to the hospital. But for us, it is out of the question to try to cross the river Evros or to enter Greece illegally," she adds calmly.

The situation around the bus station seems relatively peaceful. A small red van regularly passes by to distribute hot soup and bread, and Turkish policemen monitor the surroundings but appear relaxed. There is even a sense of solidarity among some of the migrants. 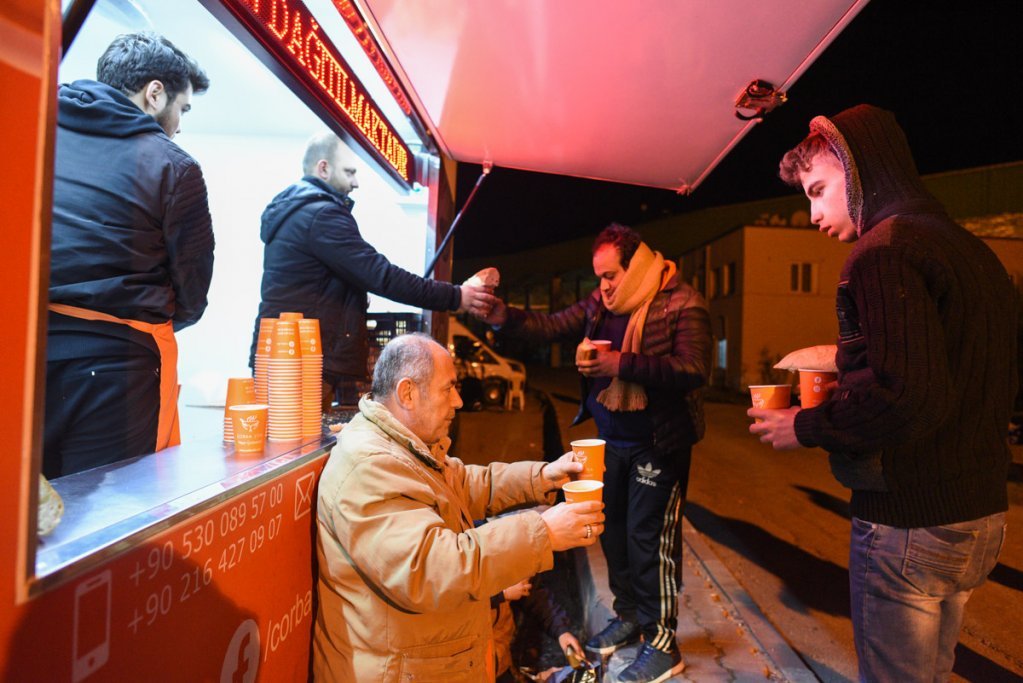 "This is the first night we've spent in a tent. It was a group of Moroccan migrants who took pity on the children who gave it to us," explains Hala's husband Modar*. "I refused at first, but they insisted so much that I ended up accepting."

This Syrian family has decided to give themselves another two or three days to see if they can enter Greece legally. If not, they will return to Mersin, where they have been living since 2013.

But aside from the solidarity among migrants, it feels like hope has visibly given way to weariness among the migrants stranded at the bus station. Some have lost everything after being turned away by Greek police or falling victim to criminals on the Turkish side of the border.

Others feel they are being manipulated by Turkish authorities, particularly at the Pazarkule camp itself, which is located directly on the Turkish-Greek border, just a few kilometers from the bus station in Edirne. This area, which is off-limits to journalists, continues to be rocked regularly by clashes between migrants and Greek police. The images coming out of Pazarkule show particularly harsh humanitarian conditions there.

The atmosphere there is getting so tense that migrants are heading back to the bus station to enjoy a little bit of calm and take stock. Such is the case with a group of young Syrians, who earlier in the day had choked on tear gas at the border. One of them still has red eyes from the event.

"The Turks and Greeks are playing with us as if we were pawns, we're being pulled from both sides and no one cares about us. We're tired of it," they say with anger. 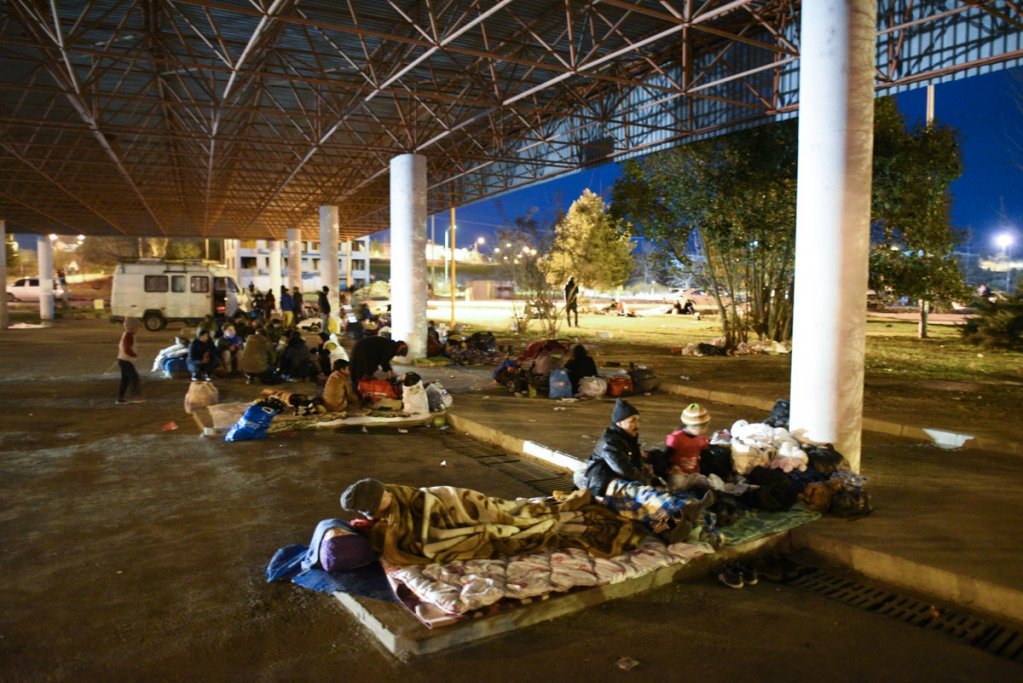 The small group plans to stay two days at the bus station in Edirne to see if the Pazarkule border crossing will finally be opened. If not, their decision is made: they will return to Istanbul.

Among the migrants is a Syrian named Abou Mohamed* who looks like he has a lot of sympathy for the quagmire many of the migrants around here are finding themselves in. In contrast to many others, he looks warmly dressed and less exhausted than the others. It turns out that he had crossed the border from Syria into Turkey only eight days ago. He has arranged his journey long ago with a smuggler whom he paid 600 euros.

"Erdogan's announcement wasn't part of my plan. I was surprised to find all these people here," explains Abou Mohamed. The sudden influx of thousands of migrants and the reinforcement of Greek border guards have forced him to postpone his plans to cross.

"I'm sure Greece won't open its border. I'm going to go back to Istanbul and wait for word from my smuggler," explains the 30-year-old Syrian. "I'll come back when all of this turmoil has subsided."

Author: Mehdi Chebil, special reporter on the Turkey-Greece border, who traveled to the region on March 7-8