Who will be on the list of 1,600 refugees relocated from Greece?

On Friday a group of seven EU states announced they would take in some of the most vulnerable migrants, mostly children, from Greece. The lists are still being finalized, as are the number of countries willing to participate. InfoMigrants asked some international organizations: How it is decided who goes on the list?

The list of 1,600 vulnerable migrants to be transported from Greece to various EU states has not yet been finalized. So it is difficult to obtain details of who might be on the list, or even how these lists are drawn up. The number of EU states willing to participate is also not set in stone. So far seven countries have signed up, including Croatia, France, Germany, Ireland, Italy, Luxembourg and Portugal.

InfoMigrants asked a number of international organizations, which have participated in these kinds of humanitarian projects before, to explain how the list might be drawn up and who might be on it.

The EU Commission confirmed that individual member states are responsible for designating who will be accepted in their countries. France for instance already announced its intention to take in about 400 of the most vulnerable asylum seekers in January. Germany too has pledged to take at least 300. The German news magazine Der Spiegel reported on March 13 that roughly 700 of the 1,600 were expected to be shared between Germany and France.

Der Spiegel also reported that Bulgaria and Lithuania were considering adding their names to the list of seven, as was non-EU member state Switzerland.

Criteria 'varies from state to state'

The EU Commissioner for Home Affairs Ylva Johansson in a press conference on Friday, March 13 said that the criteria for deciding who goes on the list varied from state to state. Some stated language criteria, others are looking to expand their quota through family reunification. 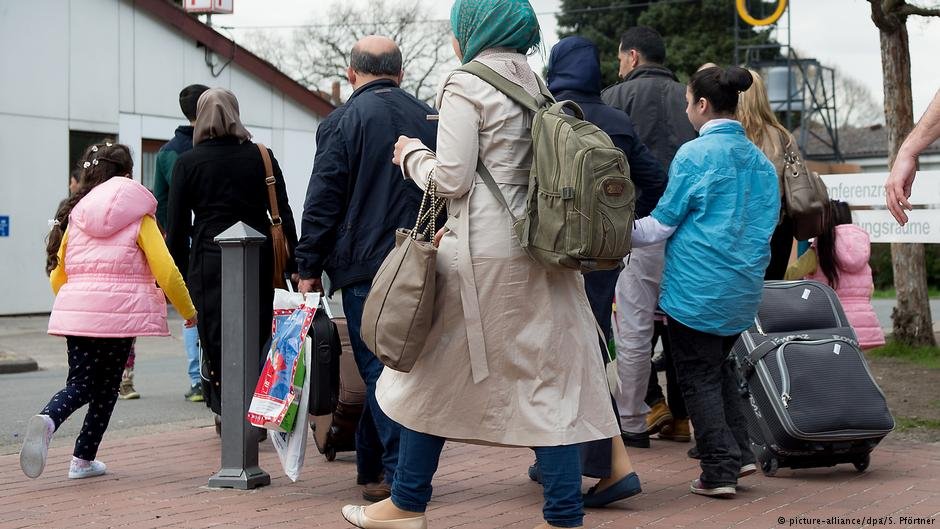 The German government has been reported saying that on its list it would be looking to welcome mostly the most vulnerable, including children who might be suffering from health problems and their families, as well as unaccompanied children, mostly girls.

About 93% of unaccompanied children are male

The UN Children’s rights organization UNICEF states that there are currently about 5,500 unaccompanied children in Greece at the moment. UNHCR says that 92.5% of those unaccompanied minors are boys, mainly from Afghanistan and just 7.5% are girls. That means that about 5,087 of them are male.

Commissioner Johansson said that Greece had initially asked for relocation of vulnerable and unaccompanied minors "back in September or October last year," and that the Commission had been approaching individual member states in vain ever since. Johansson felt that the "momentum" to make this happen now was a result of Turkey's actions at the end of February and a desire on the part of other EU countries "to show solidarity with Greece."

'No point in waiting'

Johansson said there was "no point in waiting" for the re-locations to begin. Although the time frame was still up for discussion some countries, "like Luxembourg," would be up for starting relocation this week, "other states might need a little longer," cautioned Johansson, refusing to name names. Luxembourg's Ministry of Foreign Affairs (MFA) tweeted a video of its Foreign and European Affairs Minister, as well as Minister for Asylum, Jean Asselborn in which he said, on arrival at  the conference in Brussels on Friday, that the only criteria that Luxembourg had was to "help Greece with some of the most vulnerable young people on Lesbos and elsewhere in Greece who didn't have their parents with them."

Der Spiegel reported that the German government also wanted to start as soon as possible.

Johansson said the only caveat that could lead to delays might be to assess any special action needed to stop the spread of the Covid-19 Coronavirus around Europe, which has been designated a World Health Organization (WHO) hot spot for the virus. 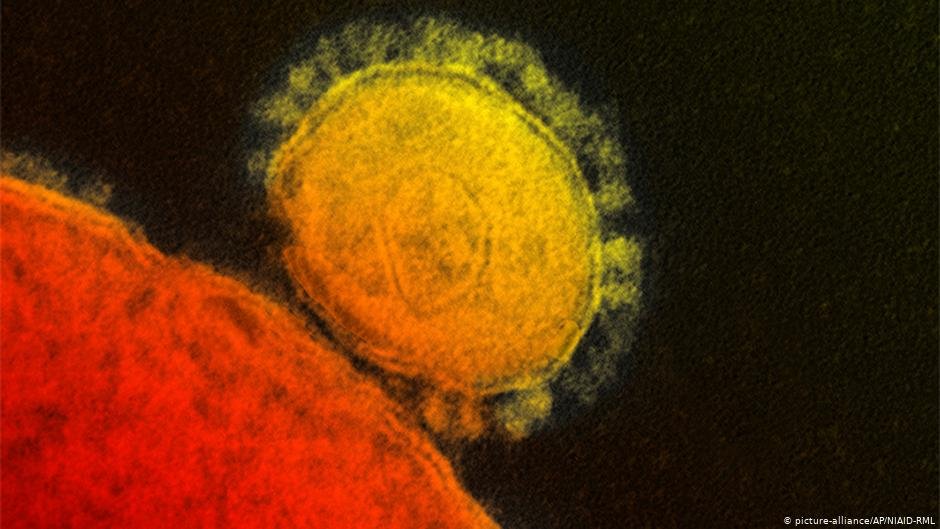 In terms of numbers, Johansson promised that there would be "at least 1,600" relocated from Greece but failed to explain what would happen to the other 3,900 unaccompanied minors still in Greece.

She did say that there would be no decisions made on the basis of how long a child might have already been waiting in Greece. Those that had been on the islands for "several years were likely already over 18 by now," she added with a resigned smile. She also admitted that thorough age assessment had not been carried out on all the minors present in Greece and so the figures were necessarily a bit of an estimate.

A number of organizations participate

The UNHCR stated that it would be standing by to "offer technical support and advice to EU member states in this regard, making use of the experience gained through its operational involvement in the relocation scheme implemented in Greece in the years 2015-16."

More than 2,000 unaccompanied children on the islands

The UNHCR said that more than 2,000 of unaccompanied refugee and migrant children were currently living on the Greek islands and that the majority of them "are living in precarious conditions and facing protection risks, such as exploitation, violence and human trafficking." 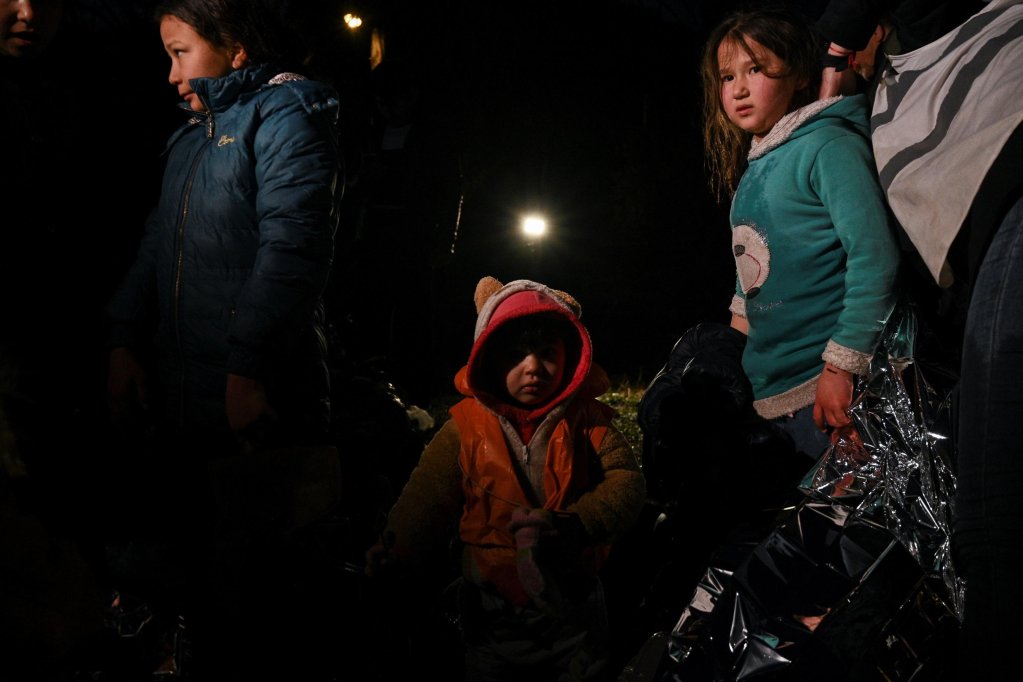 UNICEF’s regional adviser on Migration Laurent Chapuis added that all decisions regarding who goes on the list "should be made based on the child’s best interests, as well as on EU and international legislation, rather than solely on age and gender."

Chapuis added that UNICEF was "currently working on recommendations to Member States on the identification and prioritization of children to be relocated, and on the child protection considerations before, during and following the relocation."

Further solidarity expected in May

Johansson said that there would be a further EU conference planned in May at which she expected member States to announce further kinds of support for Greece and the more than 40,000 migrants, refugees and asylum seekers currently resident there. According to the Greek National Center for Solidarity EKKA which supplied data sent by the Norwegian Refugee Council, in the middle of February 2020 about 4,332 of the unaccompanied children were currently in some form of shelter or reception center in Greece. The others, "have been reported as living in informal/insecure housing," it stated.

Around 44% of unaccompanied migrant children come from Afghanistan and about 21% from Pakistan. 11% are from Syria and about 24% from various other nations.

Der Spiegel reported that even without these relocations about 400 migrants and asylum seekers were reaching Germany every day at the moment. According to the latest statistics published by the German Federal Office for Migration (BAMF) more than 14,000 people applied for asylum in Germany in January 2020 this year alone. Most applications were filed by Syrians, Afghans and Iraqis.