'Coronavirus could decimate refugee communities if we don’t act now'

The Norwegian Refugee Council has warned that the coronavirus could decimate refugee communities around the world if more measures are not put in place to tackle the issue for these vulnerable groups.

"As world leaders brace for the worst within their borders, they must not abandon those living outside them," said Jan Egeland, Secretary General of the Norwegian Refugee Council (NRC), an independent humanitarian organization working across more than 30 countries with refugees and those forced to flee their homes.

On March 16, Egeland called for countries to "turbocharge our humanity and stand in international solidarity with refugees and displaced people during this time of widespread uncertainty."

NRC noted that 84% of the world's 29 million refugees are hosted by countries with "weaker health, water and sanitation systems."  Those weaknesses in public health systems would pose the biggest challenge to managing the coronavirus across populations.  Refugees and migrants are particularly vulnerable to coronavirus and other diseases "due to high geographical mobility, instability, living in unsanitary conditions and lack of access to adequate healthcare," the NRC said.

Have no doubt, when #COVID19 hits refugee camps in Iran, Afghanistan & Greece, the consequences will be devastating. We must improve conditions & hygiene standards for the world's most vulnerable during these extraordinarily challenging times. https://t.co/I6sVM630Mp

'The consequences will be devastating'

The NRC noted that many of those who have been forced to flee their homes are living in "cramped refugee and displacement sites with desperately poor hygiene and sanitation facilities." Egeland said when, not if, the virus hit those overcrowded settlements, wherever they may be, "the consequences will be devastating."
He called for the world to "act now" saying if not there will be "carnage," when the virus hits for instance "parts of Syria, Yemen and Venezuela where hospitals have been demolished and health systems have collapsed."

Egeland said donors should "show flexibility" so that humanitarian organizations can "scale up water, sanitation and hygiene facilities, improve the health response and take other necessary actions to help avoid a catastrophe."

Support those who need it most during challenging times

The NRC staff on the ground are working on improving sanitation and hygiene facilities in Afghanistan and Iran. Egeland said that the council was "deeply concerned about the millions of Afghan refugees living in areas with extremely poor hygiene facilities and limited access to services.” He said Iran needed "greater support." 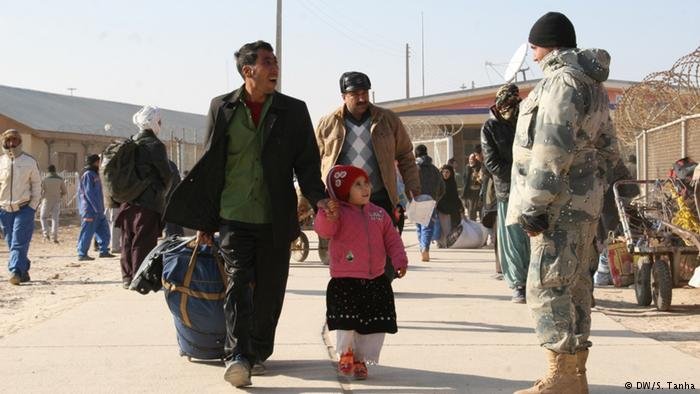 Egeland reminded the international community that "coronavirus doesn’t discriminate or play politics, and neither should the world when it comes to supporting those most at risk of contracting the illness." He concluded that the world should not "turn our backs on people living in countries that need the most support during these extraordinarily challenging times."

We must urgently ramp up hygiene, water & sanitation action to save lives before #COVID19 creates carnage among displaced & disaster victims. There must be new, large resources for this. Aid can't be held hostage as govts plan to protect own citizens. https://t.co/X3I1aHxNKX

Last week, the medical charity Doctors without Borders (MSF) also spoke out about the possible consequences of leaving the coronavirus go unchecked through Europe’s informal and formal migrant camps.

Focusing on the overcrowded camps on the Greek island of Lesbos, MSF stated in a press release on March 12 that the evacuation of "squalid Greek camps [was now] more urgent than ever over COVID-19 fears." 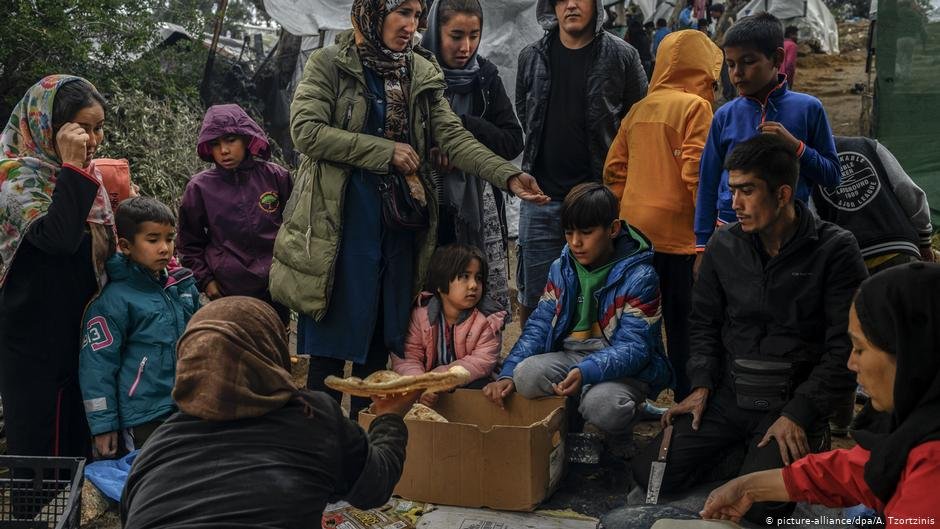 One confirmed case of COVID-19 on the island of Lesbos of a Greek citizen has "sparked fresh fears for the health and safety of people trapped in camps on the Greek islands," read MSF's press statement.

'No epidemic response plans in place'

"The threat of an outbreak is very real, yet there are no epidemic response plans in place," continued the statement. MSF urged once again that migrants and asylum seekers be evacuated from the Greek islands. According to the organization, it would be "impossible to contain an outbreak in such camp settings in Lesbos, Chios, Samos, Leros and Kos."

In case of an outbreak, complete lockdowns like they have been introduced in several European countries like Italy, Spain and France could not be implemented in overcrowded camps where "people have no option but to live in close proximity."

Migrants at the camp are more vulnerable than the rest of the population because their health has already been compromised due to the "unsanitary" conditions and overcrowding. There is "severely limited medical care" in the camps -- for those living outside the official camps even less. Once one person is exposed to COVID-19, the risk of spread is "extremely high." 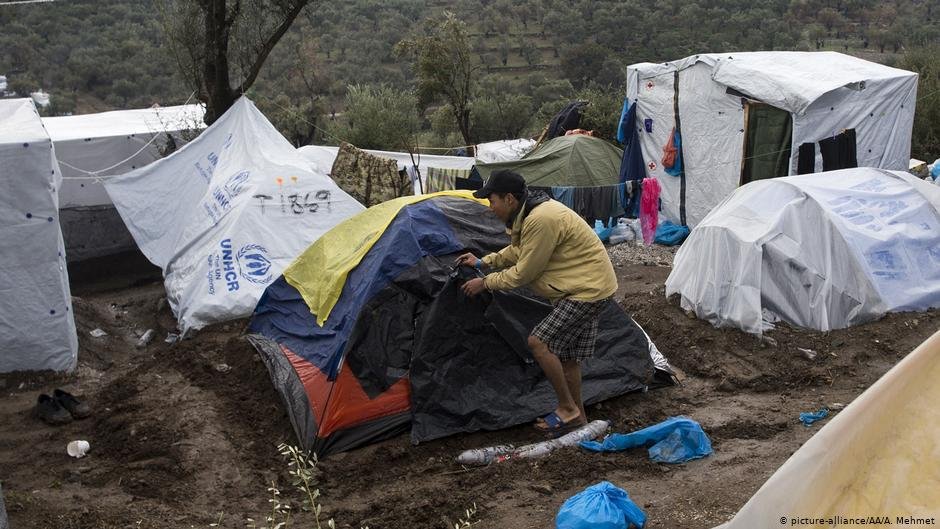 MSF underlined that "in some parts of Moria camp there is just one water tap for every 1,300 people and no soap available." This means that the rules instructing all citizens to wash their hands frequently and thoroughly cannot be implemented, even if the people in Moria wanted to do so.

Social distancing, another measure issued in the hope of containing the spread of the disease is also not possible, said Hilde Vochten, MSF's Medical Coordinator in Greece. "Families of five or six have to sleep in spaces of no more than three square meters," she said. This means that preventing the spread would be "impossible."

Lack of health policy for migrants 'verging on the criminal'

Vochten said that forcing people to remain on the island "as part of Europe’s containment policy" is verging "on the criminal." MSF called on the Greek National Public Health Organization to implement measures and formulate a plan to stop the spread of infection, promote health and rapidly identify cases and isolate them, thus freeing up medical personnel to treat the most severe and critical cases adequately. 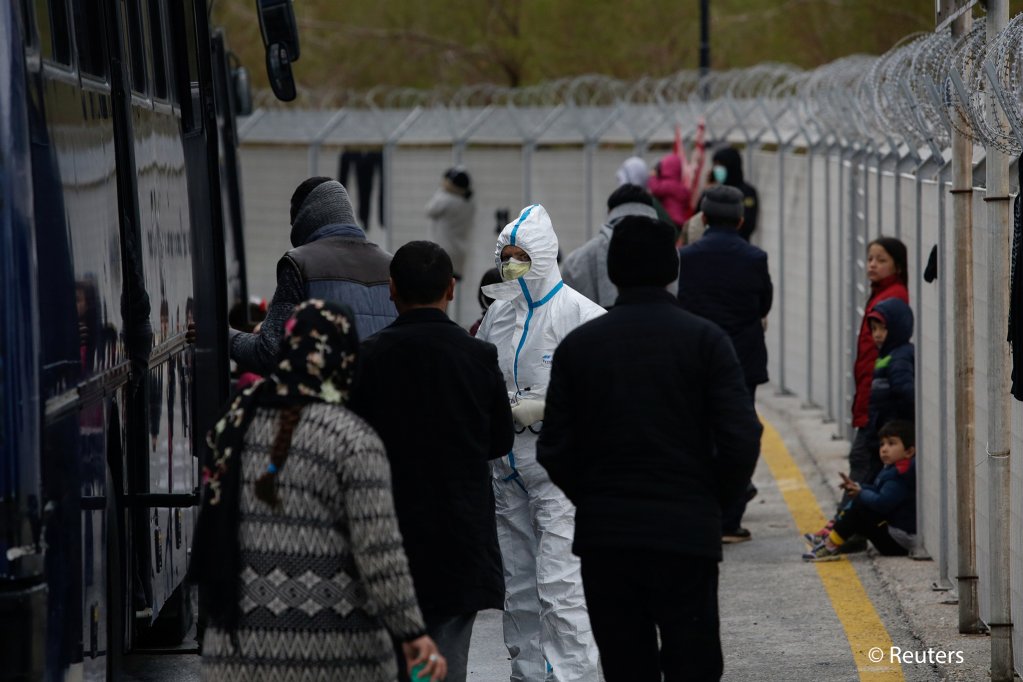 MSF accepted that calling for immediate evacuation of the 42,000 people on the Greek islands "during a time of pandemic may seem frightening," but underlined that "forcing people to live in overcrowded camps, unprotected, is negligent."

They concluded that the Greek government and the EU should "act as soon as possible and transfer most of the asylum seekers to appropriate accommodation before it's too late."

After a meeting last week on March 13 at the European Commission to discuss both migration and COVID-19, Ylva Johansson, the Commissioner in charge of Home Affairs, which includes migration, said in a press statement that seven EU states had committed to evacuating a contingent of "at least 1,600 vulnerable migrants," from the Greek Islands. She said she hoped evacuations would start this week but cautioned that measures put in place to contain COVID-19 in many European countries could delay the process. There was no mention of any further evacuations, though, either from the islands or the Greek mainland.

Further measures would be announced at a planned Commission conference in May, said Commissioner Johansson.

The NRC said that refugees were often "left out" of public contingency planning during the best of times, let alone when the world is facing such a serious challenge. The NRC cautioned against discriminating against refugees because of health fears or blocking their access to cross borders or apply for asylum. They said that refugees and migrants were being "unjustifiably blamed and stigmatized for spreading viruses." It said this stigmatization could result in refugees and migrants "hiding" symptoms, or failing to present for treatment putting their and everyone else's health at risk."