Mass returns of Afghan migrants from Iran have led to concerns about increased transmission rates of the coronavirus disease in Afghanistan. On Wednesday, Iran reported 17,361 confirmed cases of the virus. At the same time, Afghans have continued to flee back to their home country in record numbers.

The coronavirus disease continues to spread rapidly across Iran, with 17,361 confirmed cases and 1,135 deaths as of March 18.
The rapid spread of the virus in Iran has led to an exodus of the country’s resident population of Afghans. The UN migration agency (IOM) says that more than 9,000 people each day are returning from Iran to Afghanistan’s western Herat province. Between 8-14 March, over 36,000 Afghans returned -- a record for a single week.
Border measures
The IOM has installed hand-washing stations in all of its transit facilities on the Iran-Afghanistan border and is providing migrants with information about hand hygiene and personal protective measures to try to prevent transmission of the coronavirus disease.
Mobile health teams and a tuberculosis-screening program for Afghan migrants are also being deployed at the border to help with the coronavirus response. The IOM this week appealed to international donors for support to contain the spread of the disease.
Afghan government response
In Afghanistan itself, the number of confirmed coronavirus infections remains low, with 22 reported cases as of 16 March. However, testing for the virus remains limited, and Afghan officials and politicians fear the true number of infections is much higher.
According to Wahidullah Mayar, a spokesperson for the Afghan Ministry of Public Health, all of the confirmed cases involve people who have returned from Iran, the New York Times reported Monday.
The government has closed schools until the end of April and all flights to Iran are suspended. Large public gatherings, including weddings, have been banned. The annual spring celebration, Newroz, has also been called off.
The Afghan-Pakistan border was officially closed on Monday for two weeks. Iran has so far disregarded Afghanistan’s requests to restrict border crossings. 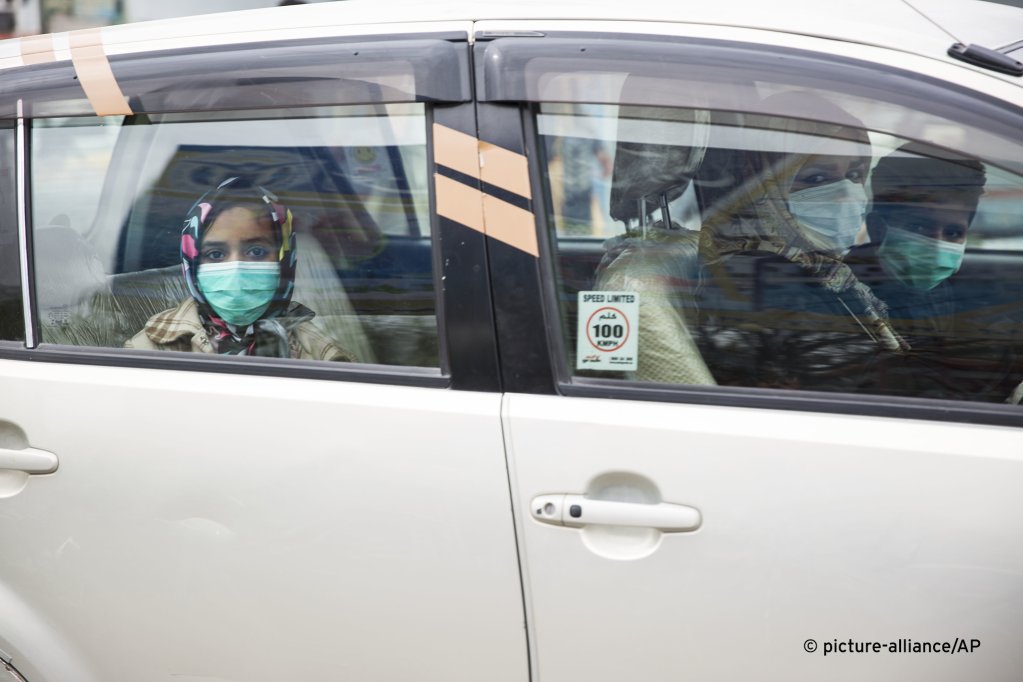 Overwhelmed
The Afghan government has been accused of not doing enough to combat the epidemic. Two weeks ago it announced it was spending $25 million on measures to prevent the spread of the virus. But the governor of Herat province, Abdul Qayoum Rahimi, has complained of having to borrow money from private companies in order to supply hospitals, and medical staff say they lack basic equipment.
“We are in a situation where the politicians and even some parts of the government don’t feel how grave the danger is,” Rahimi said on Saturday. “If we don’t start acting, I am afraid there might come a day where we can’t even collect the dead."
Returns from Iran are forcibly sent to hospitals for tests and are only allowed to return home once they are given the all-clear from the hospital, according to Dr Mariza Sala Yaftali, chief doctor at the Kunduz regional hospital. There have been many reports of patients leaving the hospital for fear of being placed under quarantine.
According to a report by Al Jazeera on Tuesday, only one hospital in Kabul is able to diagnose patients with coronavirus. The hospital in West Kabul can only treat 150 patients at a time, it said.