Belgium: Progress made but 'could do better' regarding treatment of migrants

Belgium could do better in its treatment of migrants without papers, a new report by the European Commission against Racism and Intolerance (ECRI) finds. In some migrant services, though, the country has made progress since the last report in 2013.

"Progress has been made in a number of areas," begins ECRI's 6th report on Belgium which was published on March 18. However, "despite the progress achieved, some issues continue to give rise for concern," cautions the report.

In 2019 there were over one million foreigners living in Belgium. The majority of those were from within the EU --  French, Dutch and Italian people make up the bulk of foreign nationals living within the country.

There is no official data available on the number of irregular migrants in Belgium, the report notes. The migrant and refugee aid association Ciré estimates there are around 100,000 to 150,000 undocumented migrants present in Belgium -- which constitutes about 1% of the population.

Belgium authorities need to work harder on protecting the rights of undocumented migrants, for example, if they have been the victims of crime, ECRI writes in their press release.

At the moment, some service providers are reporting those who come to them without papers to the authorities, something which contravenes victims' rights, whoever they may be, writes ECRI.

Since ECRI's last report in 2013, Belgium service providers have set up "a number of firewall mechanisms" which allow everyone to enjoy fundamental access to health care and education -- regardless of whether they are registered within the country -- "without the fear of being reported or deported." These mechanisms stop social service providers from sharing data with the authorities on any migrants who may be present without papers in the country, the report states. 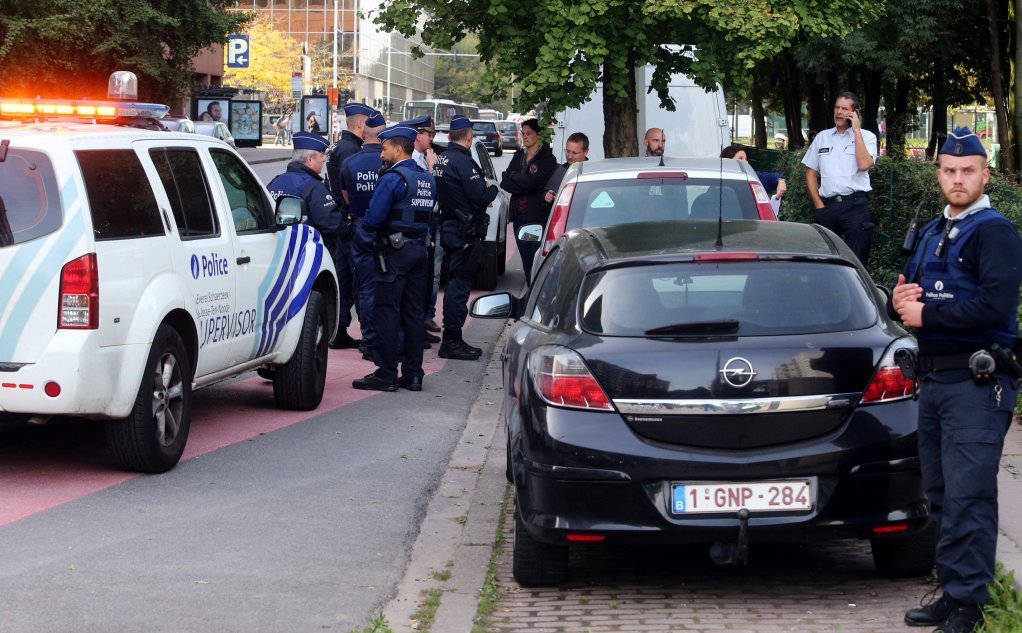 The report also noted that there is "no independent body set up to guard against discrimination on the grounds of language despite the fact that the establishment of such a body is provided for by the relevant legislation."

Problems with integration and education

In the field of education, ECRI says that having spoken to teachers in schools, many of them feel "helpless or abandoned when it comes to managing diversity in the classroom." Within the school setting there is also a "general lack of any preventative approach towards harassment in schools."

The wearing of headscarves in schools, notes the report, is already subject of "a very intense debate," within Belgium.

On a more general level, ECRI advised Belgium that it needs to expand its integration schemes to promote cultural diversity and discourage discrimination instead of just focusing on learning the languages of the country and promoting integration.

The report criticized the authorities' general approach, which was to fine people and sanction them rather than offer encouragements and incentives, in order to integrate.

On a positive note, some integration projects in Molenbeek and Malines, where there are more than 100 nationalities present in a relatively small local area, were singled out as beacons for other areas to follow.

Similarly, a project in the Flemish-speaking region "designed to make refugees better informed about setting up businesses," which was set up in 2016 and is designed to run until June 2020, was praised. The project received €2.25 million to inform 3,500 refugees and enable 600 of them to establish their own businesses. A similar project in the provinces of Antwerp and Ghent, funded by the European Social Fund, entitled refugees and work, was also seen in a positive light. 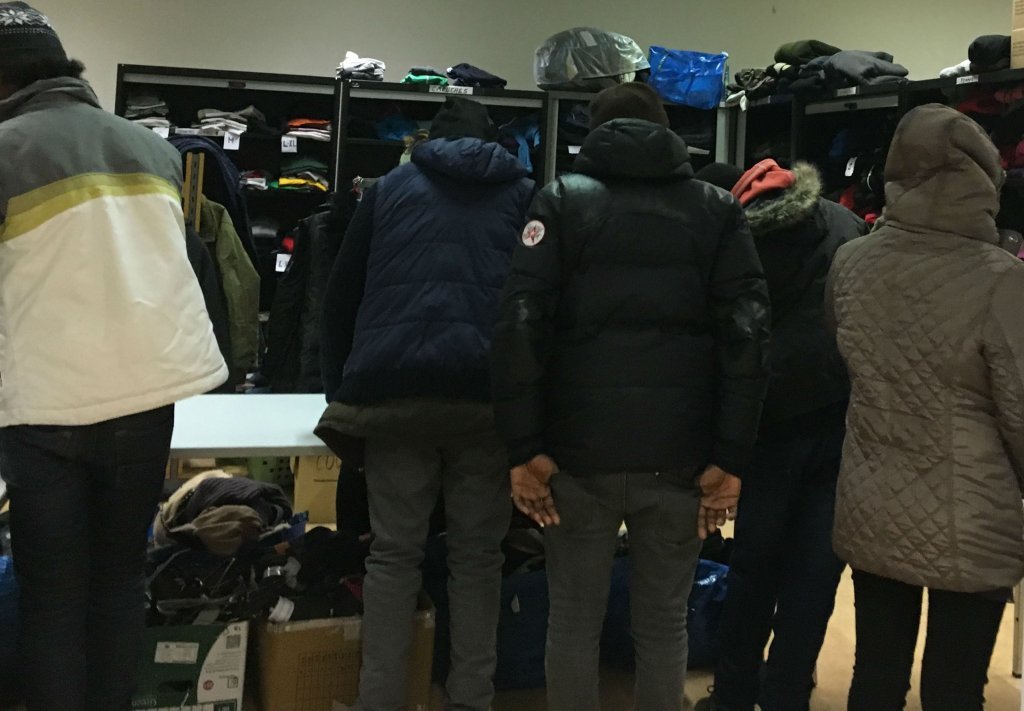 Difficulties for asylum seekers in Belgium

According to figures from the Asylum Information Database (AIDA) and the European Council on Refugees and Exiles (ECRE), Belgium received 23,443 asylum applications in 2018. The majority of those applications were from Syrians, followed by people from the Palestinian territories and then Afghanistan.

A report in the English language newspaper The Brussels Times from January 2020 said that Belgium was "struggling to deport undocumented migrants despite a swell in numbers." The quoted Belgium Flemish newspaper De Standaard which said that the numbers of those in Belgium without papers, or who had been refused asylum, was growing, but nevertheless the state was finding it difficult to deport people or persuade them to leave voluntarily. De Standaard also said that the numbers of those actually granted asylum was reducing.

The Brussels Times then cited another Flemish online newspaper Knack, which said that in 2019 Belgium deported 8,620 people, the lowest figures since 2010.

This was already a problem in 2018 when the Aliens Office introduced a quota of just 50 asylum applications a day. This decision was ruled by the Council of State to be "contrary to the Refugee Convention and the Asylum Procedures Directive." 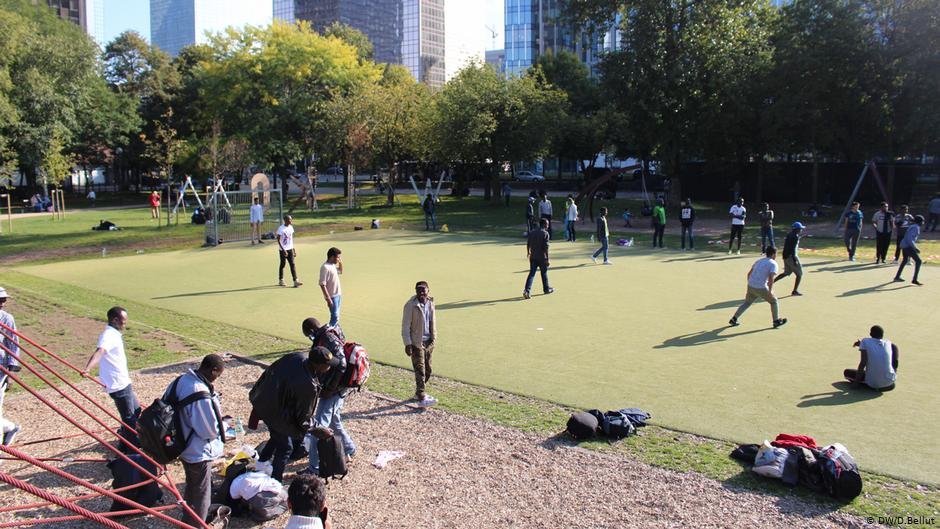 In conclusion, ECRI provided a list of 15 recommendations in order to improve society for migrants, asylum seekers and refugees. Progress on these issues for improvement will be monitored over the next two years by the organization.

ECRI advised schools to "include human rights education in their curricula and ensure that in their educational material they promote diversity and equal treatment." Teachers, thought ECRI "need to be trained to prevent all manifestations of racism, racial discrimination, intolerance and harassment at school."

The ECRI report also recommends that Belgium widen its conditions for acquiring Belgium citizenship saying that people integrate much better when they have the possibility of acquiring citizenship.

At the moment, the conditions state that to acquire citizenship, someone must be resident for five years, have paid employment, be socially integrated and have an A2 standard command of one of the three official languages (French, Flemish or German).

This rule, however, excludes those who are illiterate, even when they speak one of the three languages but cannot read or write, say ECRI. The law has disproportionately affected women, whose residency acquisition has declined by 5-6% since the introduction of these requirements in 2013. ECRI recommends allowing people to demonstrate fluency in the spoken language while relaxing the requirements on reading and writing.