No soap, hardly any water and no space for quarantine: In the Idlib region of Syria, there is growing concern over the possible spread of coronavirus. A women's center there is trying to educate people.

The new enemy has not yet arrived in northern Syria, at least not officially. But fears that COVID-19 will also reach the Idlib region are on the rise. The new coronavirus is already in the country. "Only" five people are believed to be infected — at least, that's all the Syrian Health Ministry has confirmed so far.

These past weeks, people in Idlib have not had to fear bomb attacks by the regime and its ally, Russia — there is a temporary ceasefire. More than a million people have fled their houses and villages in the province since the government's military offensive began in December 2019, most of them women and children. They are all displaced in their own country, some for the second, third or fourth time, living in temporary camps under extremely difficult conditions.

More often than not, 10 people share a few square meters in a tent, sleeping, eating and living at close quarters. Washing hands and keeping a physical distance are simply not possible in the overcrowded camps. Quarantine is not an option.

"How can I tell these people to keep their distance?" asks Huda Khayti, director of the Women Support and Empowerment Center Idlib and head of an awareness campaign on COVID-19. "These people barely have access to clean water, there are few toilets for far too many people and there are no masks, no gloves."

It would be a disaster if the coronavirus pandemic reached Idlib, says Misty Buswell, a spokeswoman for the International Rescue Committee (IRC). "An outbreak would be devastating for thousands whose health status is already compromised due to lack of sufficient food, clean water and exposure to cold weather," she told the AFP news agency. 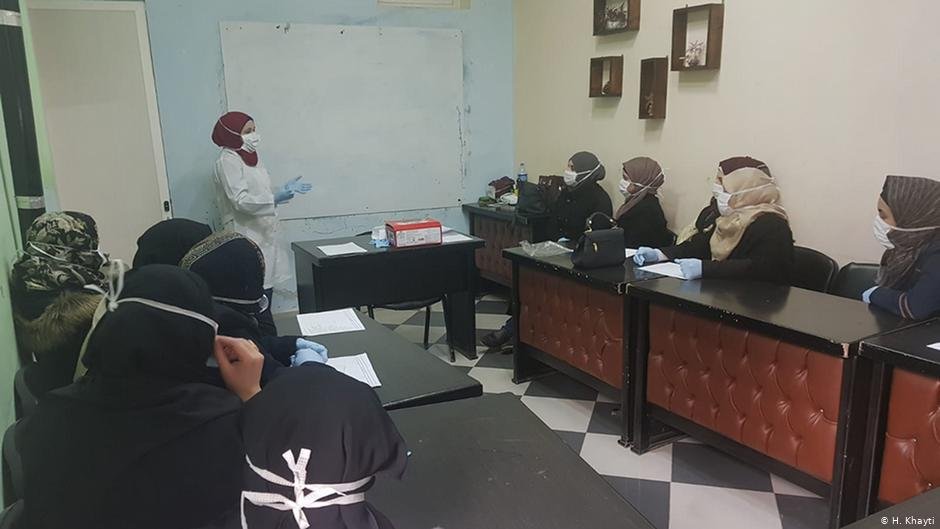 For if even countries with functioning health systems are already completely overburdened, the people in the Idlib war zone with its fragile health system are bound to be particularly affected. "We have very poor medical care," says Khayti.

Medical aid supplies are being shipped to Idlib via Turkey, while the World Health Organization (WHO) is reportedly training medical staff and preparing laboratories to carry out coronavirus tests in both Idlib and Ankara. Some doctors in Idlib suspect the virus has already killed people in the region; they just don't know for sure, as they are still waiting for about 300 WHO test kits.

Information about the coronavirus

Years of fighting have decimated Idlib's medical infrastructure — 85 hospitals were targeted and destroyed during the military offensive in the region in 2019 alone. As a result, only three hospitals provide care for a total of more than 3.5 million people, and only one is fully functional, says Till Küster, the Syria coordinator for Medico International, which supports the Idlib women's center. About 150 intensive care beds are available and the same number of ventilators, according to the WHO. For a long time now, people who are ill should have been being taken to Turkey for treatment, Küster says — even before the coronavirus crisis. 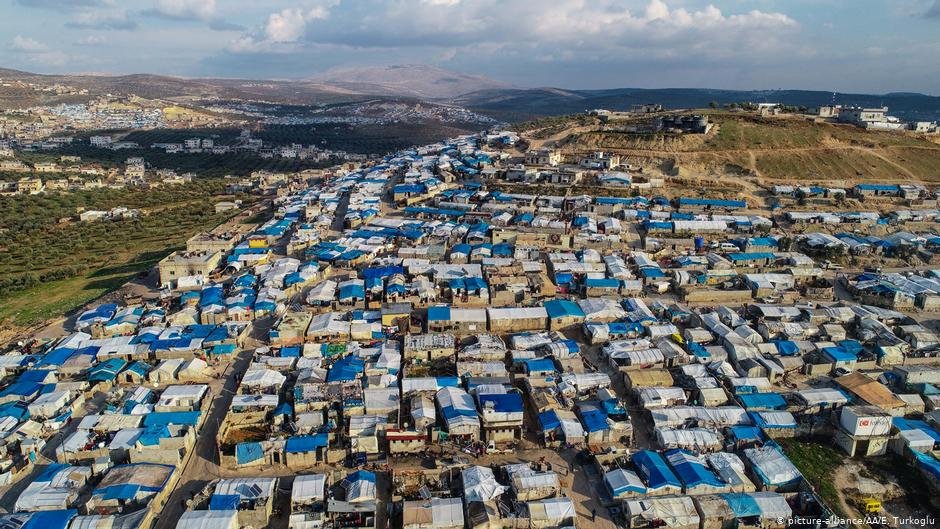 Khayti herself came to Idlib in spring 2018, when the area was still under control of an Islamist group. Since then, she and her team have run workshops for women on many issues, including legal matters. But these past days, educating the women about the coronavirus has been at the top of the agenda.

"We tell the women what symptoms are typical for a coronavirus infection; we teach them the necessary hygiene, how to keep their distance and how to make face masks," she says. "Very few people have enough money to buy masks, and there aren't enough to go around anyway."

The women in Khayti's workshop are worried, she says. They ask a lot of questions and want tips on how to keep the children occupied indoors so they won't play outside and get infected.

"We want to raise awareness, make people aware so they watch out as best they can with the little resources they have," Khayti says. She warns that too many people are still out and about in the city. 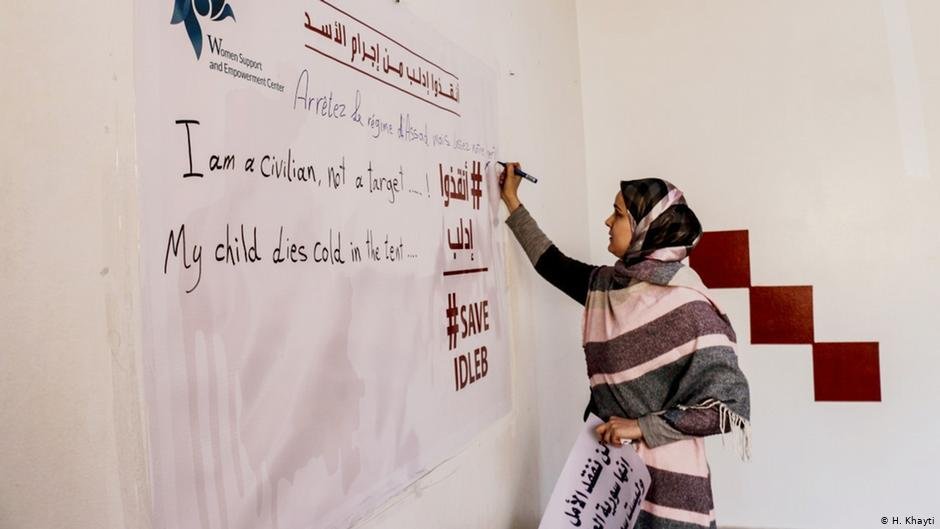 With the support of Medico International, Khayti plans to distribute small bags containing soap, gloves and disinfectant products in the surrounding refugee camps — a drop in the bucket, but better than nothing. "We want to educate people," she says, adding that many still haven't given the issue much thought. "I don't know whether they will survive a COVID-19 infection," she says.

A permanent ceasefire would at least alleviate fears of again coming under bombardment, something which could reoccur any time. Syrian President Bashar Assad has already indicated that whatever it takes, he will continue to fight for the Idlib region.

Khayti knows this. "We are doing what we can with the resources we have to prepare the people," she says. Once the virus has officially reached Idlib, the people there will be at its mercy. At that point, they might have to yield to the situation and perhaps even close the Idlib women's center, too, Khayti says.