Europe's biggest asylum seeker camp of Moria, on the Greek island of Lesbos, was designed for 3,000 refugees but houses 20,000. Given the coronavirus, evacuating it is paramount, says migration expert Gerald Knaus.

How do you keep social distance in a sprawling, totally overstretched refugee facility like Moria that was already a health hazard before the virus made landfall in Greece? How do you regularly wash your hands when there is not enough water and soap?

For most people living in any of the overcrowded camps on the Greek islands, following the measures recommended to prevent the spread of the coronavirus simply is not possible.

DW spoke to migration expert Gerald Knaus, who is a co-founder of the think tank the European Stability Initiative. Knaus was the architect of the European Union's refugee deal with Turkey signed in March 2016. However, he says that that deal is now "gone."

DW: The European Union wants to start the relocation of 1,600 unaccompanied minors to willing EU member states this week — is this a sufficient step?

Gerald Knaus: Under normal conditions, it makes sense to focus on the most vulnerable, such as unaccompanied minors. However, these are not normal conditions and the emphasis should be on whatever can help the largest number of vulnerable people. There are tens of thousands of vulnerable people on the Greek islands, many of them children, and all of them should be evacuated. Children with parents are no safer than unaccompanied minors. The question is how to move 35,000 people from the islands to the mainland fast. 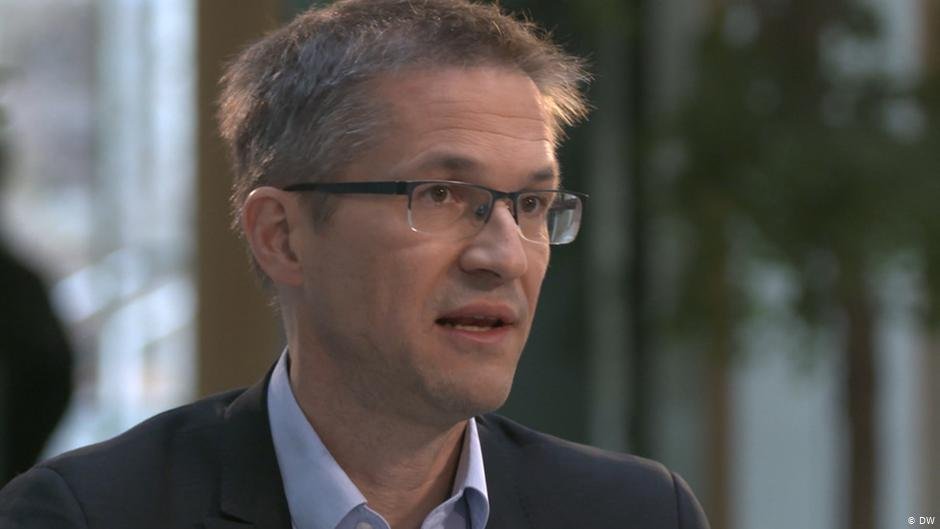 Because of the coronavirus?

Yes. We are facing a still preventable, well-announced and devastating humanitarian crisis on the islands. Conditions have been terrible for a long time, but if you add that some in these hotspots will at some point catch the virus, under conditions in Lesbos where 20,000 people can't separate, can't wash their hands, and with only six intensive care beds on the island — it is obvious why we must act.

The coronavirus entered a Dutch submarine recently, and everyone was put in social isolation right away. What are we waiting for in Lesbos? This is not only in the interest of the refugees but of Greece and the European Union as a whole. To defeat the virus we need to tackle the weakest links in our health care systems.

How could such a relocation to the Greek mainland work?

It is clear now that there will be no returns from the islands to Turkey in the coming months. The borders are closed. This means those who are now on the islands will stay in Greece. Many in Greece understand that this is a time bomb: it is like repeating a large-scale mass event, every day. I hope any moment now the Greek prime minister will call other prime ministers in Europe and say, "We must solve this, and we need support." Then, of course, others in the EU must be ready — and that requires starting a debate on what to do, now.

You are taking part in this debate and you have presented a proposal.

It's actually clear what needs to be done and what can be done. You have to evacuate 35,000 refugees as quickly as possible from the islands to the Greek mainland. You could quickly have 15,000 additional beds in temporary tent camps. The International Organization of Migration (IOM) is capable of building these within a few weeks. Another 10,000 people can be accommodated in now-vacant Greek hotels. Finally, 10,000 people could easily be accommodated in places already paid for by the EU — places where recognized refugees are hosted right now. If countries like Germany could take in these recognized refugees quickly they would create space for families from the islands immediately. This would also send a strong signal to the Greeks that they're not alone.

But in European countries strongly affected by the coronavirus, politicians might find it very difficult to convince the public to take in refugees right now.

It is clear only some countries will participate. In Germany, people are aware that there is space in refugee centers today. And if you transfer recognized asylum-seekers you know who they are. Let's say Germany offers to bring in 5,000 of them from the mainland. We know their identity. We know they deserve protection. We are talking about a relatively small number. Germany moved 170,000 Germans back from abroad in the past week. This could be done while ensuring health standards. It would be the kind of European solidarity that people would still remember decades from now.

It is in a moment of crisis where we show that we will defend values like human dignity and the refugee convention, that solidarity with European partners will still be defended under pressure. 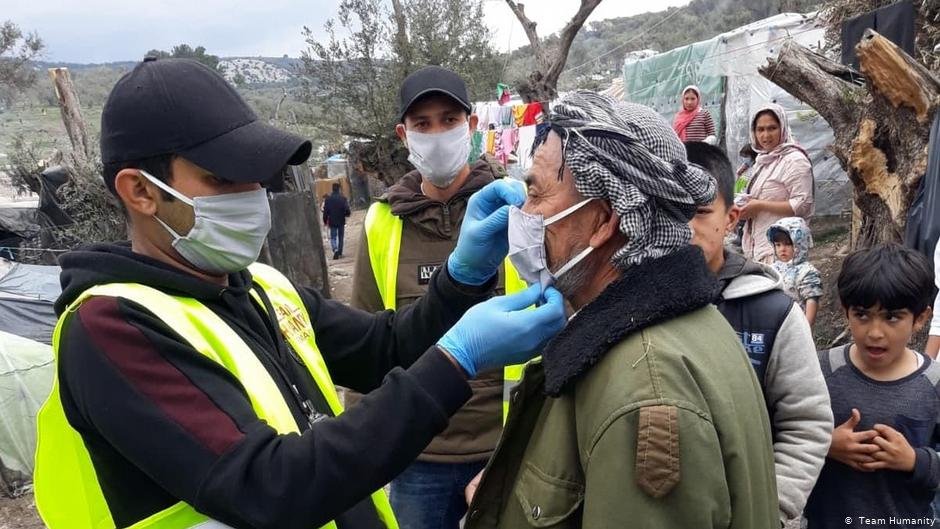 What is the status of the EU-Turkey refugee deal given the pandemic? You were the mastermind behind it four years ago.

It's gone. We had an agreement in 2016. That worked for four years, benefitted Syrians in Turkey and brought down numbers of arrivals and deaths sharply. It never worked on the islands, however, and the assistance the EU promised to Turkey was to be allocated for four years. This happened, and the money was all allocated to projects by the end of 2019. This was the key interest for Turkey from the statement. But there was no follow-up. Then, at the end of February 2020, Ankara did the opposite of what it had committed to and moved migrants to the Greek land border. With this the 2016 statement was history.

So what now? If the EU wants renewed cooperation, we need a new mutual engagement, a new statement. There are talks at this moment between the European Commission and Turkey. But these suffer from two basic problems: The European Commission is not putting more money on the table. This must change, but it will only change if EU member states back this strongly. And secondly, Turkey is not realistic. It wants to discuss things now that the EU will not resolve quickly in this crisis. Turkey needs to be realistic; the EU needs to be realistic. Everybody loses without cooperation. All benefit from helping refugees where they are, and from reducing irregular migration. Greece and the European Union should continue to uphold the right to claim asylum.

The interview was conducted by DW's Birgitta Schülke.