NGO ship Alan Kurdi has rescued 150 migrants from two boats off the coast of Libya. It is the only private rescue ship operating in the region right now. The coronavirus emergency could make it difficult for the ship to find a port for disembarkation.

The crew of the Alan Kurdi rescued a total of 150 migrants in two separate operations off the coast of Libya on Monday. It was alerted to the emergency calls by the organization Alarm Phone which connects migrants in distress at sea with potential rescuers.

❗️BREAKING
The #ALANKURDI
The supply vessel “ASSO VENTINOVE” denied for hours to take the people on board.

We are now taking care of 150 rescued people. pic.twitter.com/Am9gA7KyF5

Most of the migrants on the first boat, according to Sea-Eye, were from Bangladesh, a few were from Syria, Chad or Sudan. 20 people reportedly stated that they were minors.

In a press release, Sea-Eye claimed that Libyan authorities had attempted to interfere in the first rescue. They said that a Libyan-flagged speedboat had approached their rescue boat at high speed and that shots had been fired by the Libyans. This, they said, “quickly led to a life-threatening escalation of the situation. Around half of the people from the overcrowded wooden boat jumped into the water.” They said that when things calmed down, they were able to rescue all migrants from the boat. Sea-Eye also said that an Italian supply vessel -- the Asso Ventinove – had refused to rescue the migrants from the second wooden boat.

Looking for a port to disembark

The ship is now looking for a port at which to disembark. Finding one could be difficult given that most European countries are currently struggling to cope with the novel coronavirus pandemic.

In its press release, Sea-Eye said that nearby Italy and Malta had already declined to let the Alan Kurdi enter their ports, citing the public health emergencies in their countries.

The Alan Kurdi is the only private rescue ship currently operating in the Mediterranean. It had set off on its current mission from Spain a week ago. 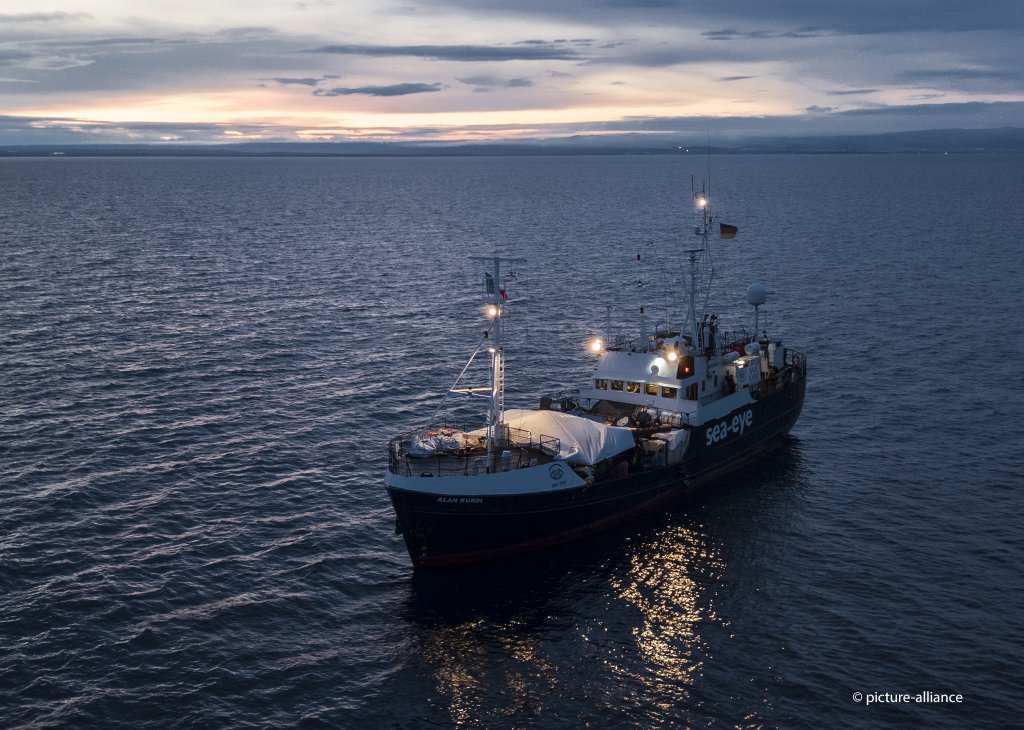 Only rescue ship in the Mediterranean

Sea-Eye spokesman Gorden Isler told news agency dpa that their crew is well prepared for the novel coronavirus. He said that there was additional protection gear on board and that they would be able to isolate anyone who shows symptoms. But he said that the crew is not able to carry out coronavirus tests on the ship.

Many other rescue ships have had to suspend their rescue efforts amid the coronavirus epidemic. Italian NGO Mediterranea Saving Humans, for example, announced in Mid-March that it would not carry out any search-and-rescue activities at sea in the near future. They said that health regulations and travel restrictions had made it impossible for their crew leave port.