A Syrian refugee in Lebanon has taken his own life. An aid group said he was experiencing financial hardship. Many Syrians in Lebanon are struggling to get by, and the coronavirus epidemic has made things even more difficult.

The Syrian man died in hospital in Lebanon, according to the Lebanese state news agency NNA.

The refugee, who was living in the Bekaa valley in eastern Lebanon, reportedly had financial worries. He did not have enough money to look after his family, according to the Beyond Association, a Lebanese aid organization.

Many Syrians in Lebanon work as daily contractors or are unemployed. They are experiencing hardship and facing an uncertain future due to the novel coronavirus pandemic, Beyond chief executive Maria Assi said.

Coronavirus has led to a worsening of Lebanon's financial and economic crisis. As of Monday evening, the country had recorded 548 cases and 19 deaths from the virus, according to John Hopkins University. Public life is largely at a standstill.

There are more than 900,000 Syrian refugees in Lebanon, United Nations figures show. Lebanon hosts more refugees per head of population than any other country in the world.

If you are suffering from serious emotional strain or suicidal thoughts, do not hesitate to seek professional help. You can find information on where to find such help, no matter where you live in the world, at this website: https://www.befrienders.org/
Lebanon has a suicide prevention hotline operated by Embrace, a mental health organization. The phone number is 1564 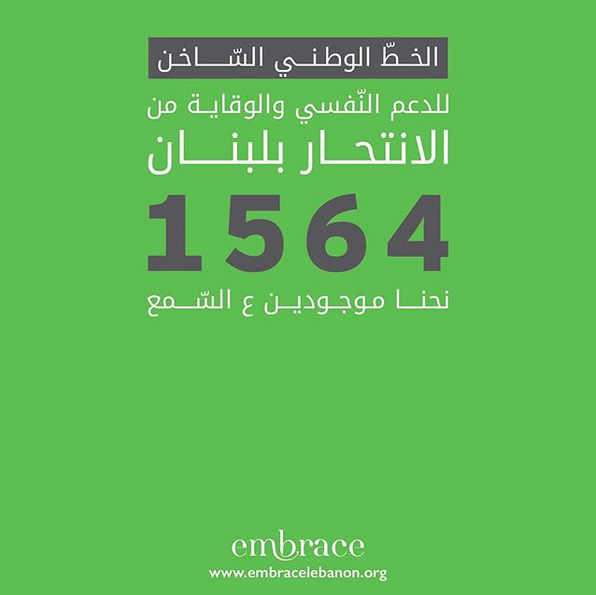