An occupied building complex housing hundreds of migrants and refugees in Rome -- known as Selam Palace -- has been put under isolation by the army. People cannot enter or exit the building for two weeks. Two residents there had tested positive for the novel coronavirus.

The Italian army has been deployed to isolate Selam Palace, after two inhabitants had tested positive for the novel coronavirus last week. Since Monday, soldiers have been preventing people from entering or exiting to the building. The Lazio regional local health authority has been conducting health checks on the ground and said that the situation "is acceptable, given the context."
Two more inhabitants of Selam Palace were also suspected of suffering from COVID-19, the illness caused by the virus, but they tested negative for the virus on Monday.
"This is good news," regional health councillor Alessio D'Amato noted. "(This) enables us to deal with surveillance of the building more calmly."

One of the largest occupied buildings

Selam Palace is a nine-level building complex occupied by migrants and refugees in the southeastern outskirts of Rome. About 500 people including 32 minors live there, about a third of whom are women. The former university complex is one of the largest occupied buildings in Italy and has been occupied since 2006. 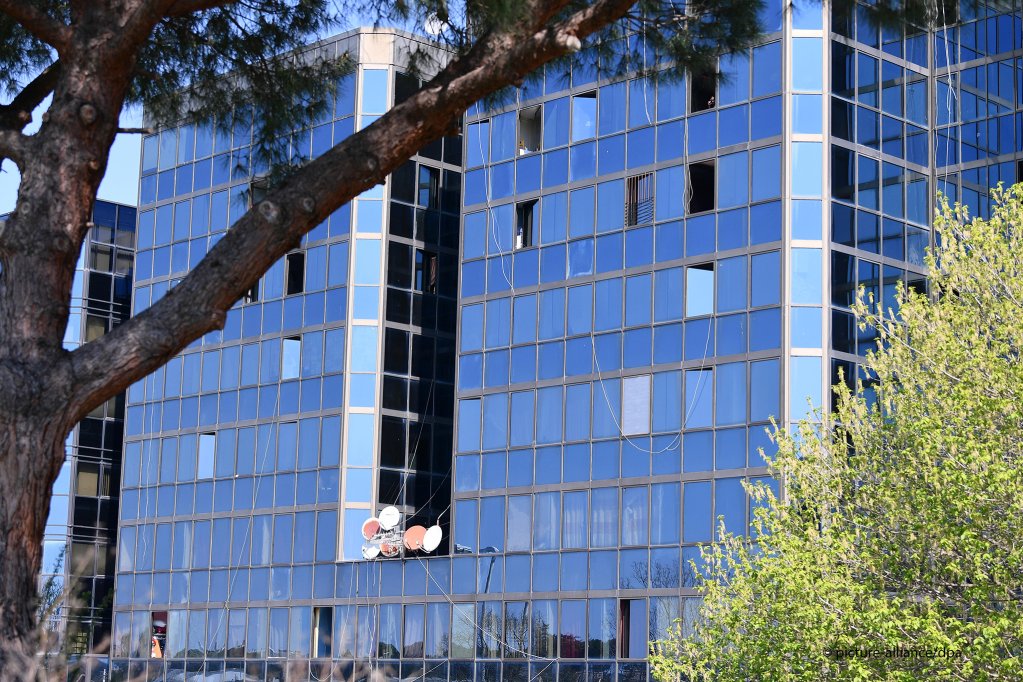 The Rome city council has sent meals to the inhabitants of the building, and the civil protection has provided masks. Organizations that were helping the inhabitants before continue to do so. A triage tent has been set up outside the building to diagnose anyone showing symptoms, and to conduct coronavirus tests if necessary.

Selam Palace resident: 'We agree with the checks'

D'Amato said the residents of Selam Palace had shown willingness to collaborate with authorities, and that they had agreed to comply with the ban on entering and exiting the building.

A resident confirmed this with the ANSA news agency, saying: "We are worried because the coronavirus is dangerous. We agree with the checks. This is good for us and for others." The person added that they hoped that things would go back to normal soon.

The road running next to Selam Palace has meanwhile been closed off with barriers, and the area will likely be blocked off for a longer period. "They told us Monday evening that we will not be able to leave for 15 days," a Selam Palace occupant told ANSA. "We can go neither to do the shopping nor to work. They will bring us food."
League party: 'Risk of a wave of COVID-19 contagion'

Right-wing parties in Italy have meanwhile accused the residents of Selam Palace of being a serious risk to public health.
The Lazio branch of the anti-migrant League party said that "thanks to the Democratic Party under (Nicola) Zingaretti and the Five Star Movement (M5S) under (Rome mayor Virginia) Raggi, there is the risk of a wave of COVID-19 contagion in a building illegally occupied by the homeless and immigrants."

Fabio Rampelli, deputy chief of the right-wing Brothers of Italy (FdI) in the Chamber of Deputies stressed that "we are not calm (about the situation). There is risk." He also noted that in addition to the two Selam Palace inhabitants who tested positive, another migrant had tested positive at the migrant center in Torre Maura and another at one in Grotte Celoni. Rampelli stated that the situation had gotten "out of hand."
Fewer new coronavirus cases in Rome

Meanwhile, Lazio -- the region in which Rome is located -- recorded a slowdown in contagion rates. On Tuesday, for the first time in a long while, the region saw a daily increase in the number of COVID-19 cases of less than 3%, with 118 new cases in total and only 26 in Rome. The number of patients in intensive care units also decreased for the first time since the start of the coronavirus pandemic.
"Now we must keep it up," regional health councillor D'Amato said.