Authorities in Greece say they are worried that migrants and refugees are gathering on Turkey’s coast with plans to cross the Aegean Sea. As many as 2,000 migrants who were quarantined in camps in Turkey have reportedly been taken by bus to coastal towns near the Greek islands of Lesbos and Chios.

The Greek government responded quickly and firmly to what it says are "signs of activity" on the shores of Turkey. "We will ... continue to do whatever it takes to defend our sovereign rights and guard the borders of Greece and Europe," the government spokesman, Stelios Petsas, said.

At the weekend, Greek navy ships were sent as reinforcements to the coast guard in the eastern Aegean. The defense minister, Nikos Panagiotopoulos, said security forces were under orders to "to prevent the entry of people who want to come into the country illegally."

Panagiotopoulos said Greece will remain on "high alert" over the coming days in case Turkey decides to "escalate tensions." He added that Greece is expanding and strengthening the fence at the Turkish border, ekathimerini.com, a Greek news site, reports. 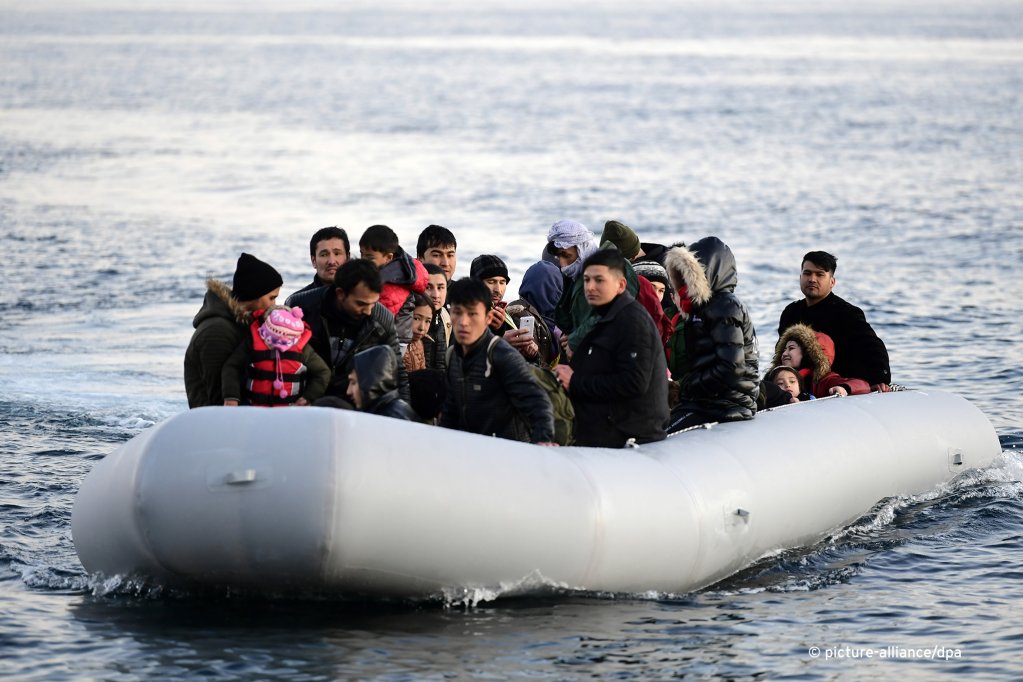 At the end of February, Turkish President Recep Tayyip Erdogan declared that the border to the EU was open for migrants and refugees. Thousands of people attempted to cross into Greece. Most were stopped at the border, with some setting up camp on the Turkish side.

Turkish authorities cleared the border camp at the end of March due to the risk of coronavirus. The migrants were placed in quarantine for two weeks.

After the quarantine period ended, hundreds of migrants were taken to the coastal town of Izmir and to Canakkale province in the Dardanelles, Gülseren Yoleri, head of the Human Rights Association IHD in Istanbul told the dpa news agency. 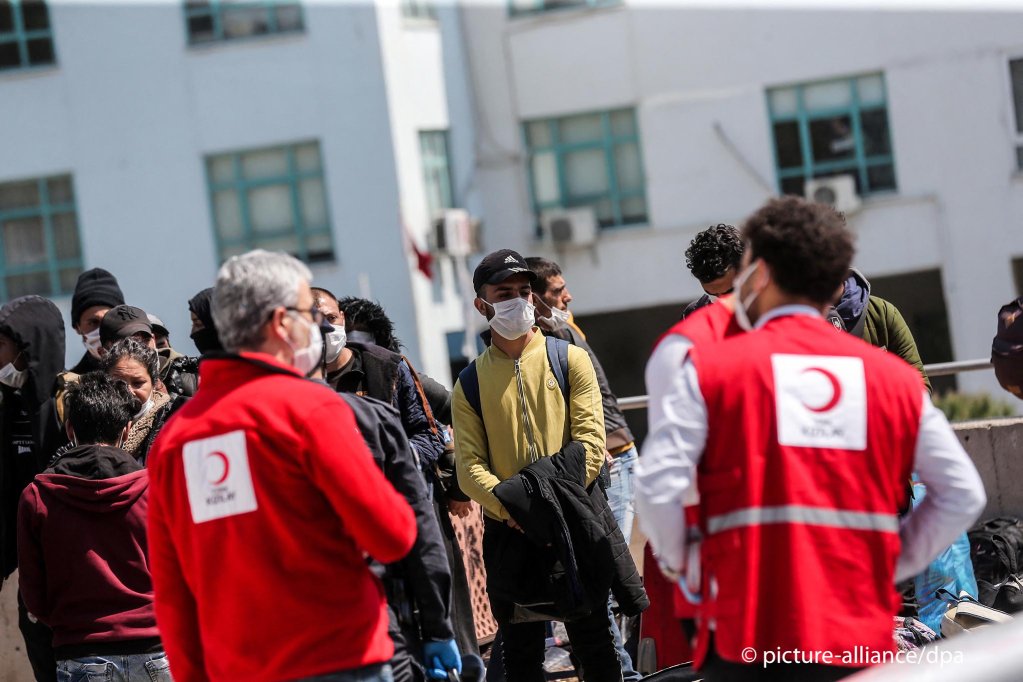 According to Gülseren, the authorities relocated the migrants in Izmir on Tuesday, but some are still in Canakkale. Migrants had told her that, before being quarantined, they were offered the choice of going back to the provinces in which they had originally registered, or being taken to the coast. Some migrants opted to go to the coast because they had already given up everything when they set off for the Greek border at the end of February, Gülseren said.

The German newspaper, Die Welt, says around 2,000 refugees were transferred by Turkish authorities from a camp in Osaminiye, near the Syrian border, to Izmir.

Dunya, one of the refugees, told the paper that they were not given a choice, but were simply picked up on Friday and driven more than 1,000 km to Izmir. Some were taken farther north. Dunya now hopes she can get to Greece by boat. "We were told it wouldn't be a problem," she said. 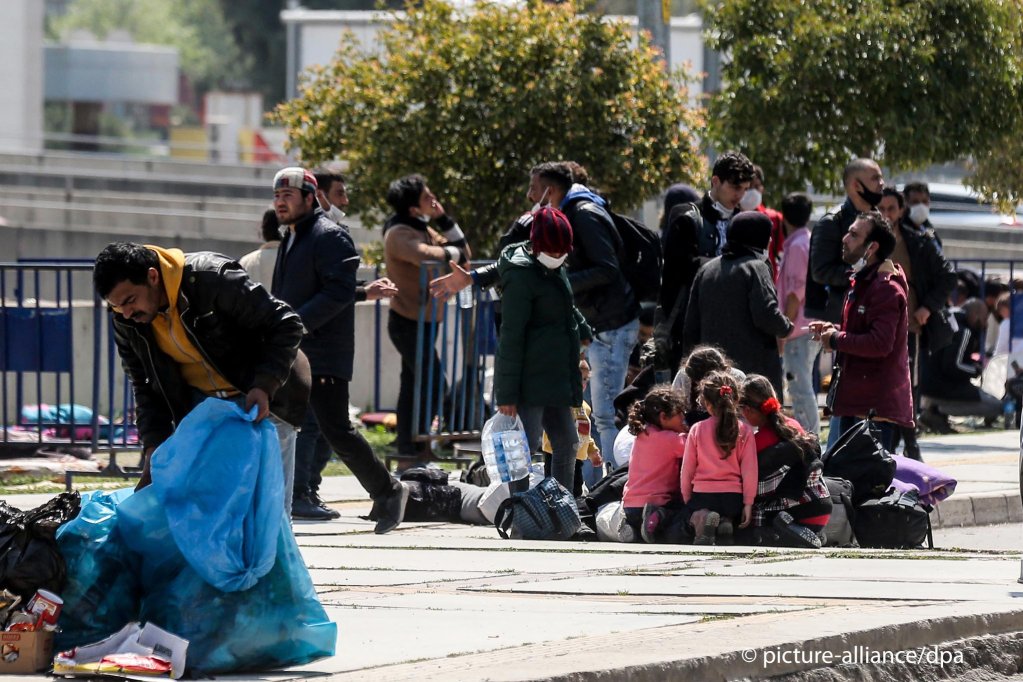 Both Greece and Turkey have introduced movement restrictions to prevent the spread of novel coronavirus. Turkey has been hard hit by the virus with around 60,000 reported cases and 1,200 deaths from COVID-19.


Turkish authorities have moved migrants into nine camps for the duration of the lockdown in the country. According to Die Welt, they plan to move them out of the camps by the end of the week. "We were told, it will start as soon as the lockdown is over," Kusai, a refugee in a camp in Malatya, said.

The young Syrian added that he did not plan to attempt to get into Greece, having already spent 25 days on the border out in the open and in the cold. "It's pointless, and Turkey is just using us." At the same time, Kusai is not sure whether he will be allowed to return to the Turkish city where he is registered. "Turkish soldiers have often stuck us on buses and taken us where they wanted us to go."

Once the coronavirus epidemic is past, Turkey's interior minister, Süleyman Soylu, has threatened that his country will once again not stop migrants from returning to the border with Greece, Die Welt reports.

At the weekend, the Greek coast guard reportedly forced several migrants' boats back into Turkish territorial waters. However, in the week from April 2-8, figures from the UN migration agency IOM show that no newly arrived migrants and refugees were reported in Greece.

In 2019, the Greek islands were the European Union's main entry point for irregular migration, according to the European border agency, Frontex.