Lockdown hero: Coping with coronavirus in a Berlin refugee home

Refugee home director Katie Griggs is one of many people whose jobs have been made extra challenging by the pandemic. How do you protect a diverse community when its members all share bathrooms and kitchens?

How do you get people to practice social distancing when they live with 200 other people and have to share kitchens and bathrooms? That's what has been keeping Katie Griggs, director of one of Berlin's refugee homes, awake at night for the last few weeks.

"It's really tough," she said. "They can't self-isolate because they're cleaning their teeth next to somebody every morning and preparing food and eating next to someone else." 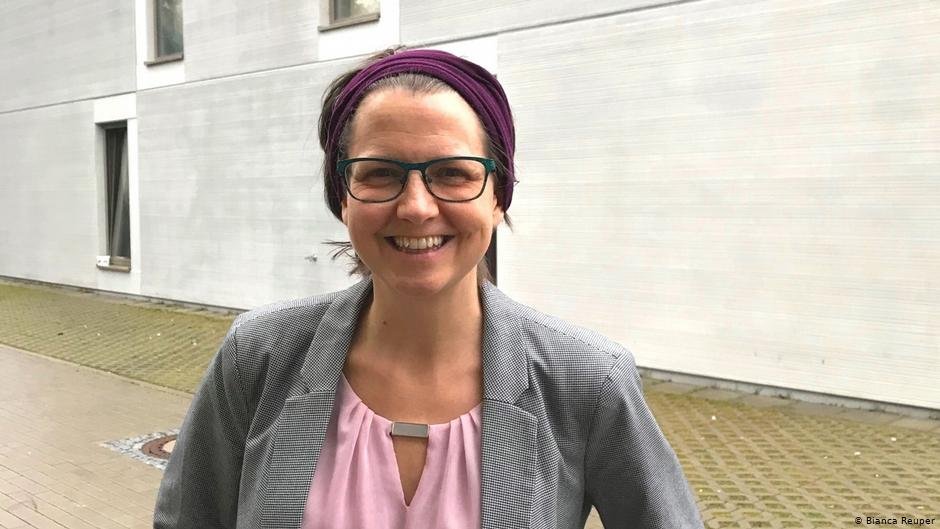 Some families in the home have a small flat to themselves, with their own bathroom and kitchen, but upstairs up to 16 people have to share facilities. The solutions so far: minimizing risk by distributing masks to residents and designating cooking and washing times for people using the same kitchen.

"It can already be stressful sharing with people, but now you have to rely on your neighbor to be sensible," she said. "Some people share rooms with people they don't know, so even if you sit in your room all day, you've still got someone sitting there who's maybe not taking as much care as you."

While many in the home are more or less independent, paying their own rent, others are schutzbedürftig — that is, especially vulnerable in the current crisis; some have illnesses or physical and mental disabilities, while other residents have been left with post-traumatic stress disorder by their experiences before coming to Germany.

"I feel a huge responsibility for protecting these vulnerable people," Griggs said. "We're just trying to think of things all the time that can be done to reduce risk. Every week I think: Okay I've prepared that, we've identified the high-risk people, we've tried to move them into somewhere better — we cleared out a children's playroom, which we couldn't in this situation use anyway, so we could put a family with a pregnant woman in there."

The nightmare, of course, would be a confirmed case of COVID-19 in the home, and Griggs has been preparing for that situation by having empty rooms renovated and set up as quarantine quarters: One area for suspected cases and one for confirmed cases.

If there was an infection, she hopes that this would persuade authorities not to quarantine the whole building and keep everyone locked up. That would also mean that her team of social workers who work in the building would also be sent home, and a new team would take over. So far, they have been lucky, with just one suspected case. "The test came back negative," she said. "So we all cheered very loudly."

All the while, Griggs, who was born British, but is now a German citizen, has her own challenges to deal with. Though her job is classified as essential, her own medical condition means that she is herself a high-risk person, so she is managing her team from home. 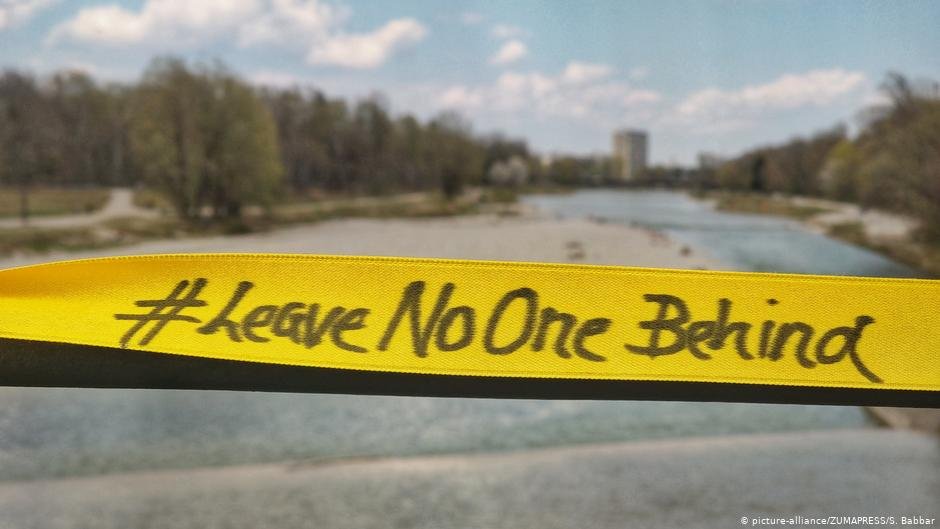 The key has been keeping all the residents informed of the measures being taken in the home and of the updates in Berlin's lockdown orders. This can be especially tricky as the residents speak many languages and come from 25 different countries mainly in the Middle East, Africa, and Eastern Europe.

As well as hanging up the notices, Griggs wrote a letter to each resident, advising them to take precautions in case the entire building did have to be quarantined, such as making sure they have enough food, medication and sanitary products at home.

"I even told the smokers to consider buying some more cigarettes, because I don't want 50 young men stuck inside being forced to give up smoking because they wouldn't be able to go shopping!" she said.

Meanwhile, the residents are left with little to occupy themselves. Those that found work can still do that (if the businesses are still running), but the German classes that many of them attended have been suspended. That means residents are finding their own way to fill in the time: One man has taken to sewing masks for other residents; one has organized a clean-up operation in the courtyard; another has taken up painting to decorate the walls.

"Luckily my residents are all lovely, I really miss them," Griggs says. "Most of them have been through horrendous situations — wars, voyages across seas — they're quite strong people."