From Greece to Germany: How do you give 58 refugee children a new home?

Germany is following Luxembourg's lead and plans to take in refugee children from Greece. How are cities like Berlin and the agencies that will accommodate these badly shaken boys and girls preparing?

Next week*, 58 unaccompanied refugee minors, all under 14 years of age, are due to arrive in Germany from Greece. Conditions in the camps they currently occupy are hellish; the children will be leaving behind hunger, appalling living conditions and often violence. As in Luxembourg, the children will also spend their first two weeks in Germany in quarantine, in case they have been infected with the novel coronavirus. But what happens next with these often ill and frail migrant children?

Among those who will be leading efforts to give the youngsters a new home is Frank Mischo, from the organization Kindernothilfe (Emergency Aid for Children), which is based in the western city of Duisburg. The expert in children's rights is worried about the boys and girls going straight into quarantine.

"We can't allow them to be locked up in their resettlement housing," says Mischo. The children need to get out in the fresh air and must not be kept in "solitary confinement," he tells DW. Many of them are traumatized by what they've been through, he adds.

Mischo believes the priority has to be that the kids get a clear explanation for "why they are being isolated and how long it's likely to last." Kindernothilfe has been working closely with the responsible authorities, and specialists from the organization hope to be able to visit the kids as soon as possible. They are going to need a range of interpreters to help the children let their helpers know what they most need.

Help is just 'a drop in the ocean'

Of course, Mischo, along with Germany's churches and political parties, is well aware that all the help they can give to the children is still just "a drop in the ocean." Even if between 300 and 500 children are to be taken in, as Germany's politicians have promised, it will still not be enough. 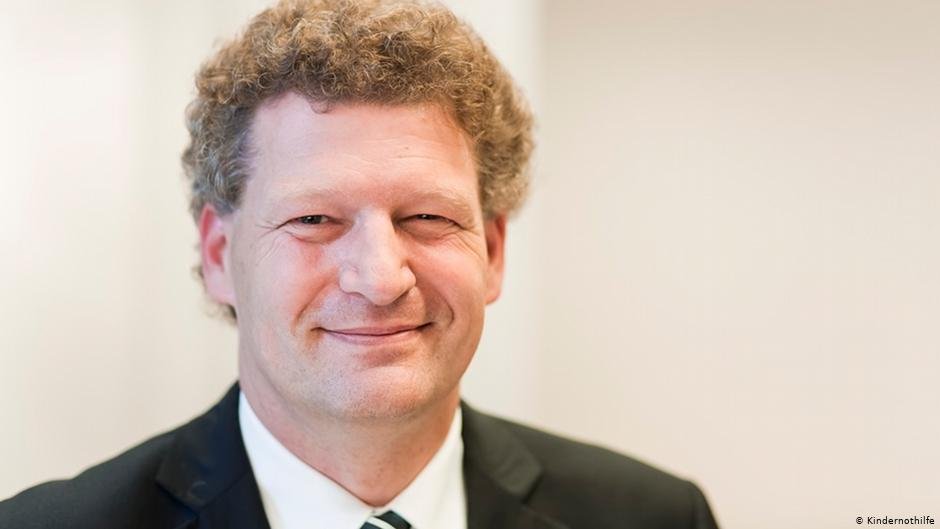 "These children arriving here will help us to step up the pressure on civil society," Mischo said, adding that the suffering they have been through will really impact their mental well-being.

Kindernothilfe says the situation is particularly dire in the drastically overcrowded Moria refugee camp on the Greek island of Lesbos. The organization estimates that more than 40,000 refugees are currently living on a small group of Greek islands. Mischo believes some 5,000 of them are unaccompanied minors under the age of 17. No official figures are available. But what is known is that the situation is especially dangerous for girls. They are often confronted with sexual violence in the shockingly cramped living conditions in the camps.

About two years ago, a number of Germany's municipalities signaled their willingness to take in refugees and unaccompanied minors. They formed an initiative called Sichere Häfen (Safe Havens), a network of some 140 towns and cities from across Germany. Their joint declaration said that they see themselves as "a humanitarian community of values specializing in taking in and integrating people seeking refuge."

Berlin signed up in September 2018. The German capital is currently governed by a coalition of center-left Social Democrats, environmentally friendly and pro-migration Greens and the socialist Left Party.

"Berlin on its own can take in 50 unaccompanied children at short notice. In recent months, we have repeatedly underlined our willingness," Sandra Scheeres told DW. The social democrat is the city-state's minister for education, youth and family Affairs, which means she is responsible for the refugee children from Greece.

Even if it is not clear how many of them will be coming to Berlin, the German capital believes it is well-equipped for the task. During the international refugee crisis between 2015 and 2016, Berlin took in well over 5,000 young children and teenagers, allowing city authorities to build up considerable experience and expertise. 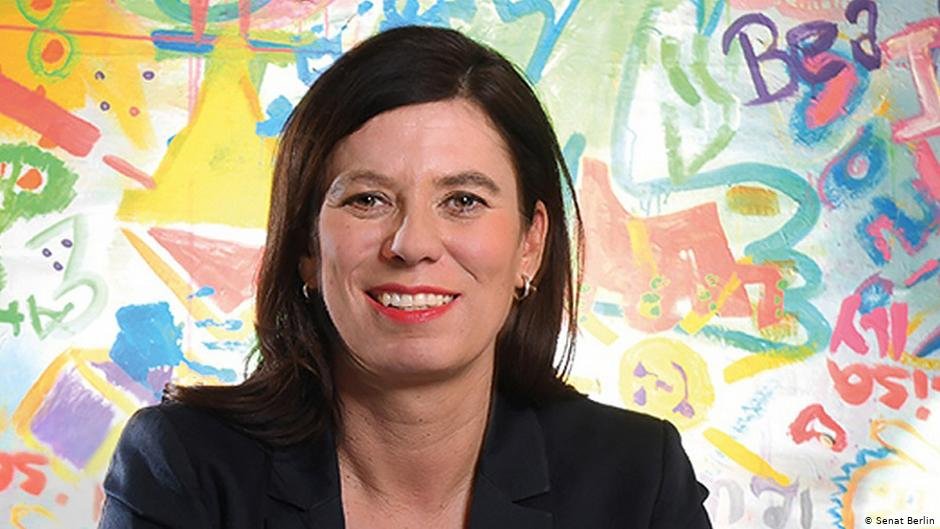 From quarantine to foster families

The soon-to-arrive minors will not be divided up and resettled to the various federal states until the initial period of quarantine is over and they don't need hospital treatment. The Berlin authorities are collaborating closely with two clinics. A Berlin government spokeswoman also explained that structures were in place to ensure that the young boys and girls, who in many instances have spent months or even years fleeing violence, hunger, and overcrowding, will receive psychological care.

The children will then be taken to stationary facilities for youth welfare. In Berlin, this responsibility lies with individual city districts. The minors are not allotted to anonymous, large-scale living quarters but given the individual care and intensive attention of youth welfare specialists. They may also join foster families. The procedure will be more or less the same in other federal states.

Experience shows that each young person resettling to Germany is subsequently joined by four to five others. In this instance that would be around 250 people.

Taking in unaccompanied minors costs something in the range of €50,000 ($54,237) per person per year. These costs are met in large measure by the individual states; the federal authorities pay only a small share.

Family Affairs Minister Scheeres is upbeat about her city's capacity to handle the challenges: "In recent years, Berlin has built up a wealth of experience in the housing, the care and the education of unaccompanied refugee minors. It gives us a very solid foundation."

*InfoMigrants editor's note: The children are expected to arrive in Germany on April 18.