Non-governmental organizations are accusing Italy and Malta of using the coronavirus pandemic as a pretext for closing ports to private rescue vessels. They say the lives of migrants are being put at risk.

Operators of private rescue vessels in the Mediterranean are accustomed to difficulties, but the coronavirus pandemic has created yet another one, with Italy and Malta officially closing their ports to them. That fact has only worsened an already bad situation stemming from a lack of consensus among EU member states on refugee and asylum policy.

The Maltese government, for its part, said that it had no choice but to close its ports because it simply lacks the capacity to operate them, as most of the country’s energies are currently focused on combating the COVID-19 pandemic.

Illegal to close borders to asylum-seekers

At the moment, most EU member states have closed their borders. EU migration expert Raphael Bossong, of the German Institute for International and Security Affairs (SWP), says that is a legitimate course of action during a crisis such as that presented by the coronavirus.

But that doesn't mean states can simply turn away those seeking help, he says. "If a vessel is carrying asylum-seekers at sea, then an exception must be made and the ship be allowed to enter port," says Bossong. 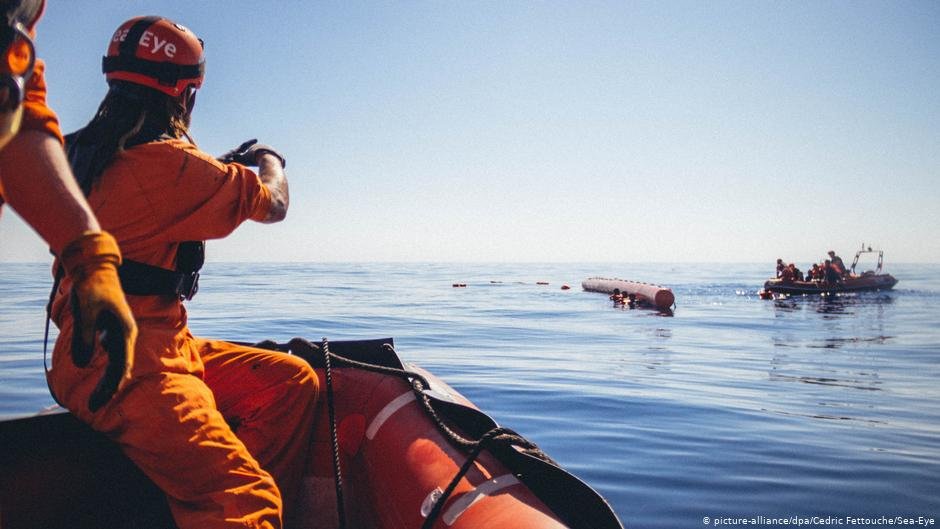 Maritime law stipulates that people rescued at sea must be taken to the closest safe harbor. Private rescue ships, like the Alan Kurdi, operated by the organization Sea-Eye, already had difficulties gaining entrance to safe harbors before the coronavirus began, but now it has become nearly impossible for them to get in.

Currently, the Alan Kurdi is anchored off the coast of Sicily, where its crew and 149 refugees have been waiting for a resolution to their dilemma for more than a week.

Dark scenes are playing out in Maltese waters, too. On Wednesday, five drowned bodies were recovered at sea. The dead were said to have been passengers on a rubber boat full of refugees. According to the International Organization for Migration (IOM), 51 of those refugees were picked up by a passing merchant ship and handed over to the Libyan coast guard. Authorities say the rescued are currently in a camp in Tripoli, returned to the capital of a country in the grips of a civil war.

Malta and Italy have repeatedly attempted to curtail freedom of movement for private rescue ships in the past. Now, non-governmental organizations (NGOs) accuse Rome and Valletta of misusing the coronavirus pandemic for political purposes.

Oliver Kulikowski of the organization Sea Watch says that although Italy has been hard-hit by the crisis, this does not give politicians there an excuse to ignore human rights and maritime laws. "Regardless of the situation in Europe, people are still trying to escape Libya — where torture and human rights abuses are the order of the day — in vessels not fit for the journey," says Kulikowski.

The European Union has been trying to keep refugees and migrants from making the dangerous journey to its shores for years. To do so, it has counted heavily on cooperation from Libyan authorities. One tactic employed has been to task the Libyan coast guard with picking up refugees headed to Europe and returning them to Libya. Those taken back are often tortured and blackmailed.

Tripoli has also been the scene of repeated clashes between Libya's internationally recognized government and opposition rebels since April 2019. Many regions in the country are unsafe. The Libyan government recently acknowledged that fact when it refused to let migrants disembark in the port of Tripoli a few days ago because it simply was dangerous for them to do so. Recent skirmishes in the capital led the government to declare the port unsafe. 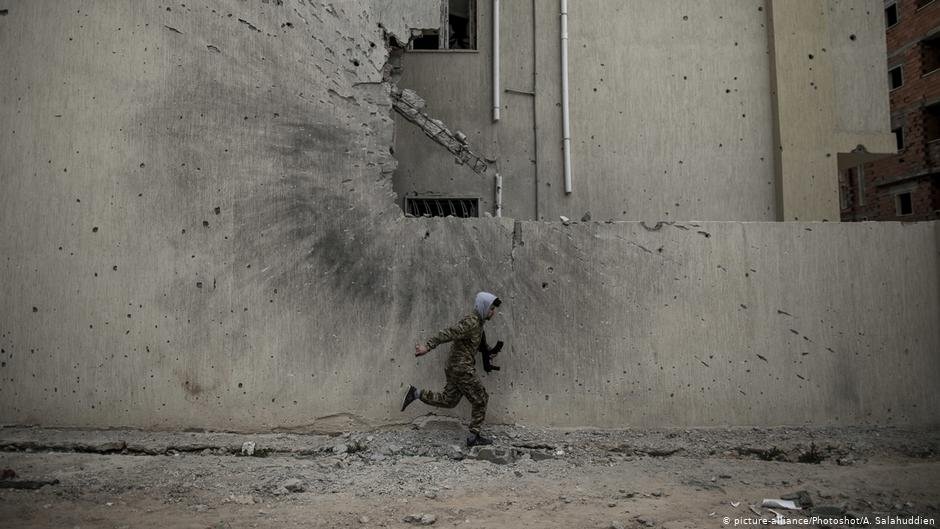 An impossible situation for refugees

Tom Garofalo of the International Rescue Committee (IRC) agrees with the assessment that returned migrants and refugees are not safe in Libya. "It's definitely the case that it's it can be very dangerous to bring people back into Tripoli port because of the current fighting, but that's that there is no other alternative," Garofalo said. "The European ports are not accepting them. There's no place for them to go. And they are brought back to Libya.

It is estimated that as many as 600,000 refugees are in the North African country at the moment, though not all of them want to continue on to Europe, Garofalo says. He says many of them came to Libya to earn money to live on, with many hoping to return home as soon as possible. He says those people are now in an impossible situation in which they don't know when they will be able to leave the war-torn country and are now simply trying to survive.

Garofalo warns that increasing violence paired with the coronavirus could lead many refugees and migrants to flee yet again. In an attempt to keep them from setting out for Europe, Malta has proposed an EU aid package to assist Libya. The plan would provide at least €100 million ($109 million) worth of food, medicine and medical equipment.

"It's important to support the Libyan government and to ... build on the strong points to help them to deal with this crisis," Garofalo says. "But a much better option would be for the international community, including Malta, Italy, U.K., France, Germany, everybody to look more pragmatically at how to provide safe haven and to open up to this to these vulnerable people ... particularly at a time when we're trying to foster international solidarity to deal with this epidemic."

Sea Watch's Kulikowski says the current situation has handcuffed private rescue organizations, adding, "The European Union refuses to rescue people, preferring to let them drown if they cannot reach the European coast on their own."

In October 2019, a clear majority of European parliamentarians rejected a proposal that would have granted rescue organizations more rights. That, combined with a lack of international solidarity in the face of increasingly drastic measures by Mediterranean countries, has only made a dangerous journey deadlier still in the age of the coronavirus pandemic.