A hunger strike at a migrant holding facility in the Tunisian capital Tunis has ended last Friday after authorities met at least some of the demands of the migrants living at the center under difficult conditions. But demands to have migrants released continue to amass.

At least 31 migrants interred at the Wardia detention center had launched a hunger strike two weeks ago, protesting insufficient medical attention amid the ongoing COVID-19 pandemic.

The Wardia facility also serves as a prison for roughly 20 Moroccan nationals, who are in close contact with migrants from Senegal, Cameroon, Algeria and other African nations.

A breeding ground for diseases

The group of migrants had started to refuse food on April 6, expressing their fears related to the novel coronavirus. The German taz daily newspaper said that they had spoken to a migrant at the facility who said he was concerned that the virus would sooner of later enter the facility, where migrants live under extremely crammed conditions along with the prisoners.

People residing in overcrowded spaces are more likely to become infected by the virus, as they are unable to adhere to social distancing guidelines.

The migrant living at the Wardia detention center had also told taz that next to no precautions were taken since the World Health Organization (WHO) declared the situation a global pandemic. Taz said that using recent video footage it could corroborate that there were hardly any face masks being worn at the facility. 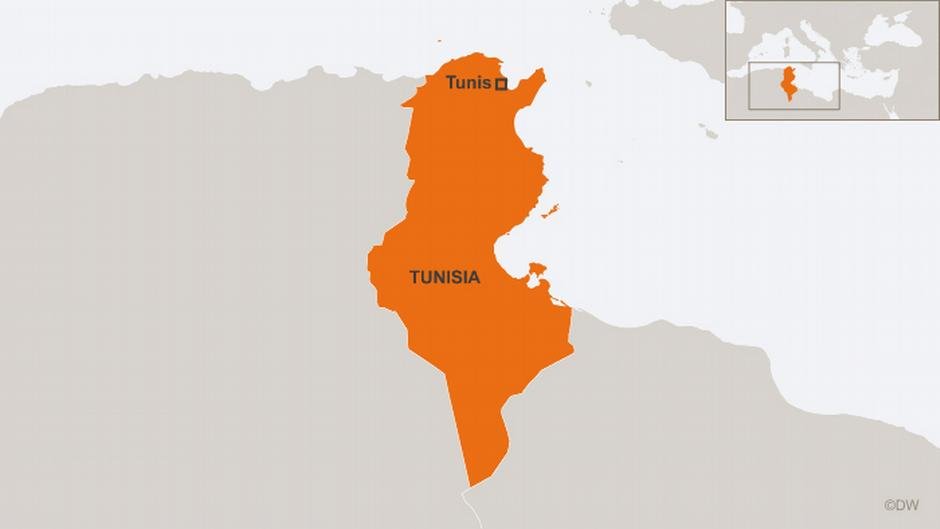 Following calls to improve overall sanitary conditions, personnel working at the Wardia facility decided last Friday to distribute face masks and hand sanitizer among the migrants and the prison population. The majority of the migrants agreed thereafter to stop the hunger strike. Three migrants continued to refuse food over the weekend but have since signalled that they would also likely end the hunger strike, according to InfoMigrants correspondent Sofian Naceur.

Some of the migrants had demanded at the beginning of the hunger strike that they be released from the detention facility in order to be able to socially distance themselves amid the viral outbreak. Three sub-Saharan migrants have reportedly indeed been released from the center in recent days -- though this information could not independently be confirmed.

Even before the novel coronavirus became a global threat, the Wardia facility had made headlines following a scathing report published by the Tunisian Forum for Economic and Social Rights (FTDES) in December 2019. The document highlighted the highly unsanitary conditions at the facility as well as mistreatment and malnourishment of migrants at the detention center.

The report also stressed that the migrants were held without charge or further information on their rights.

NGOs and various UN bodies support the migrants at the Wardia center in their endeavour to be released from the overcrowded facility in the current climate. United Nations High Commissioner for Human Rights Michelle Bachelet called for “relevant authorities to work quickly to reduce the number of people in detention.” Various human right organizations in Tunisia have also joined calls to remove migrants from such overcrowded facilities like Wardia.

But progress on the prospect of releasing the migrants from the facility appears to be moving slow. However, more than 1,400 prisoners were released at the end of March to curb the spread of the deadly virus in overcrowded detention facilities. In response to the COVID-19 outbreak, Tunisian authorities have also ordered people to stay at home to limit the spread of the virus. This includes a nightly curfew, which has been in place for a month now.

There are about 800 confirmed cases of coronavirus in Tunisia and at least 35 deaths related to the disease. The numbers do not, however, reflect any developments in the country’s prison and migrant population.