Greek authorities put a migrant hostel in quarantine on Tuesday after 150 residents and staff tested positive for the novel coronavirus at a hotel turned migrant hostel. None of them, however, were showing any symptoms.

At least 150 of the 497 people who live and work at the hotel turned migrant hostel in the small town of Kranidi in southern Greece tested positive for the novel coronavirus on Tuesday, April 21. The hostel is home to many single-parent families, coming mainly from the Democratic Republic of Congo (DRC) and Cameroon. The facility is managed by the International Organization for Migration (IOM).

Last week, one pregnant woman resident at the hostel tested positive for the virus, and the hostel was thereafter duly placed in quarantine. It is the third migrant facility to be hit by the virus since the outbreak began in Greece.

'No reason to panic'

Greece's Deputy Civil Protection Minister Nikos Hardalias told a press conference that the positive tests were "no reason [to] panic." He explained "the measures [we have taken] are adequate to contain the spread of the disease."

A press release from the IOM, also on Tuesday, confirmed that the IOM had been following Greek government protocols since the first person at the hostel had tested positive last week. They said among those who tested positive was a member of IOM staff and a member of staff at the hotel. According to the statement, they were both being quarantined in their homes.

#IOM is responding to New #COVID19 Outbreak in Kranidi, Greece.

'Stigmatization of migrants harmful to all'

Gianluca Rosso, the IOM’s chief of mission in Greece, said that "it was very important for these people to receive continued support and assistance." Rosso explained that it was also important that migrants not feel "that they are left alone or neglected, especially during this difficult period. Stigmatization and discrimination against migrants during the pandemic are not only harmful to migrants themselves, but also to the society as a whole, and may jeopardize efforts made to prevent or mitigate the spreading of the virus."

The IOM added that the hotel had now been "sanitized, its staff provided with PPEs and information disseminated about Greek National COVID-19 guidelines." It said food would continue to be provided by the hotel staff and the IOM would be delivering a range of toddler-friendly dishes because "their parents were unable to access the local markets." 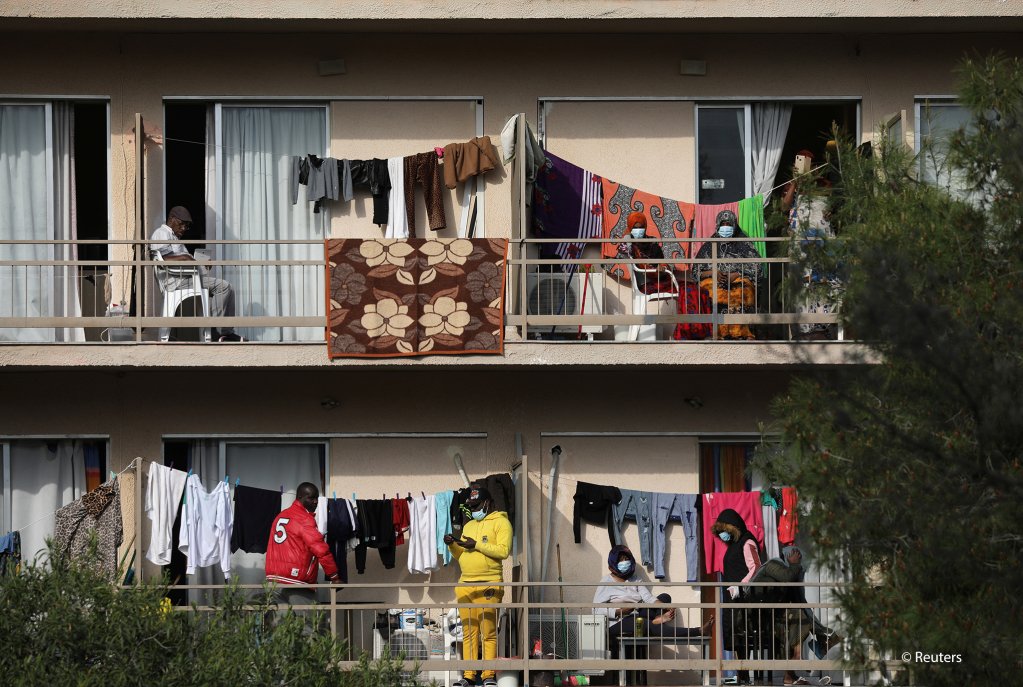 Kranidi, the town where the hostel is located, is now under city-wide restrictions for the next 15 days. That means that the government has announced that people's movement will be restricted between 8pm and 8am each night.

The IOM says that it has been "coordinating closely with relevant authorities […] in line with protocol." Gianluca Rocco said: "In the spirit of cooperation, we will take all needed action to ensure the safety of all asylum seekers, IOM staff and the local population."

Compared to other Mediterranean countries such as Italy and Spain, which are also common destinations for migrants and refugees arrive at across the Mediterranean, Greece has not been hit too hard by the virus to date. The government said it was preparing to relax its lockdown restrictions from Monday, April 27. This is partly because the rate of infection in Greece is below 1 - meaning that less than one person infected goes on to infect one other person.

Greece's Chief Scientific Adviser, Sotiris Tsiodras, has said that the relaxation of measures should be done "gradually and carefully." There are still fears that if the infection takes hold in one of the overcrowded migrant camps or facilities, the current infection rate could significantly worsen.

A government spokesperson said that judicial services would be one of the first services to resume on April 27, although there was no confirmation of whether or not that would include asylum processes. The last press release published on the Greek Asylum Services website dates from March 16, announcing that all asylum services would temporarily be suspended for the duration of the lockdown.