While the COVID-19 crisis continues to take its toll, 12 Syrian refugee families in Alençon, France, joined forces to cook meals for healthcare workers. It’s one of several initiatives launched across the country to feed vulnerable groups and frontline workers risking their lives during the public health crisis.

Wearing gloves and face masks, a group of Syrian refugees are cooking up a storm in Alençon, a town in France’s northwestern Normandy region. On a sunny spring day during the coronavirus pandemic, 12 Syrian families – with a total of around 40 people – prepared and delivered 50 delicious meals to healthcare workers at the Alençon hospital.

"We wanted to do something to help the healthcare workers who are risking their lives all over the country," Abdul Rahman Ajaj, a 39-year-old bus driver whose work has ground to a halt due to France’s nationwide lockdown, told InfoMigrants. "We came up with the idea of mobilizing Syrian refugee families in Alençon because in our culture, that's how it is: when someone needs help, we chip-in. We were able to contact 12 families. All of them said yes." 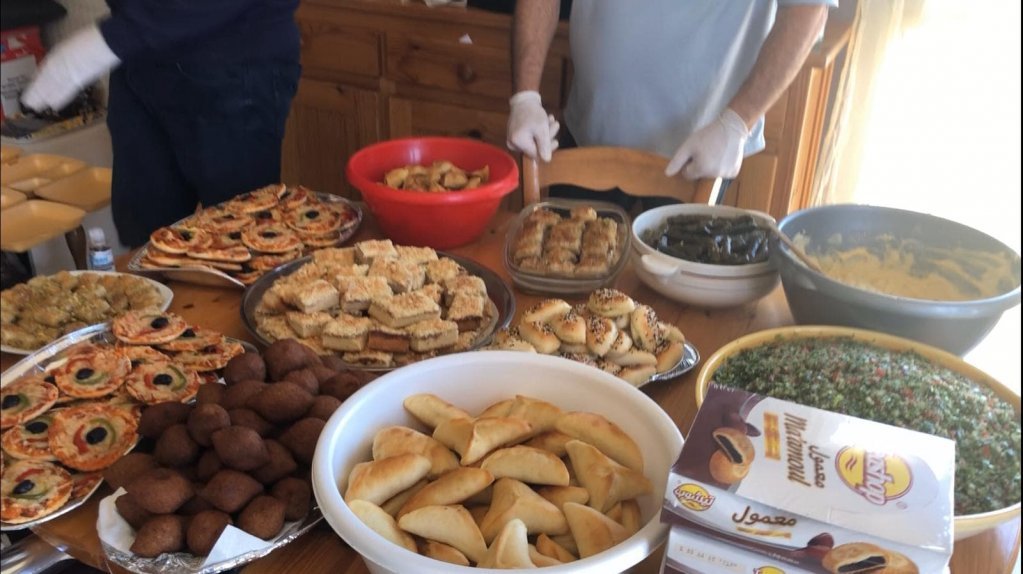 Each family prepared a Middle Eastern specialty: Crisp, flaky samoussas, flavoured kebbeh, tabbouleh, hummus, small pizzas – called laham bajine in Syria – and traditional Levantine pastries. The food was delivered by some members of the group to the hospital’s emergency room, which was notified in advance. Ajaj said his group of volunteer cooks would organize two more food distribution services for the hospital later this month. “We are also thinking about other initiatives for the fire brigade or the police," he added.

A number of migrants across France are developing similar culinary solidarity programs to help vulnerable and at-risk communities deal with the unprecedented public health crisis.

At a kitchen in Paris, refugee chefs are hard at work. For the past three weeks, chefs working with Refugee Food Festival, a project initially aimed at facilitating the professional integration of refugees in France’s food sector, have been cooking around 200 meals a day for the staff and inhabitants of a center housing asylum seekers and homeless people in the French capital.

"We realized the need in terms of food aid that the crisis was going to generate in Paris. The situation for the most vulnerable is increasingly alarming. We realized we just had to open our kitchen and get on with it," the project’s co-founder, Marine Mandrila, told the Paris-based sustainable development website "L'Info Durable".

Installed in the kitchens of La Résidence, a restaurant in the 12th arrondissement of the French capital, the group also handles product packaging and delivery.

'I too experienced this'

The food aid is organized by teams who are all too familiar with the precarious conditions and challenges confronting the beneficiaries. "It's very important [to do this] because I too experienced this kind of thing when I was an asylum seeker," Raimot Tijani, a Nigerian cook and refugee, told the HuffingtonPost.

The Refugee Food Festival is one of the signatories of a call by dozens of French NGOs for "restaurateurs’ solidarity" published April 15 in the French weekly, Le Journal du Dimanche. “In the face of the adversity, isolation and sometimes even abandonment generated by the health crisis, it has been four weeks since our citizens' initiatives have shown that another model is not only possible but also sustainable,” noted the solidarity campaign call. “Sustainable food and aid to the most deprived must be at the heart of our society today to guarantee different circumstances for the world tomorrow.”