Picture of the day

This photograph shows Agitu Ideo Gudeta, an Ethiopian refugee who escaped repression in her country. Agitu now lives in Italy and runs an organic food company called "The happy goat."

Agitu Ideo Gudeta lives in Trentino Alto Adige in Italy. Agitu came to Italy for the first time in 1997 to study. She was 18 years old. After training in sociology in Rome and Trentino, she returned to Ethiopia to devote herself to sustainable farming projects, working in fields and nomadic pastures.

"Most of the people make their living from farming. Industrialization doesn't exist, the only resource is the land," Agitu says. ""In 2ooo, the Ethiopian government announced that land no longer belonged to the farmers but to the state. This authorized it to take land away from owners." It's an "invasive and unacceptable" method, the entrepreneur continues.

"Land is taken and given to foreigners from large multinationals that invest in cultivation in Ethiopia,  where there are many unexploited resources like cane sugar, palm oil and corn," she says. Farmers are forced to go to work for the multinationals and are underpaid. "We're talking about 85 dollar cents a day. The farmer has always worked that land and now he sees it all taken away, without being able to put up any resistance, and forced to work without protection, safety, assurances, with an increase in cases of cancer due to pesticides. The GDP is growing, but healthcare and education don't exist. Everything is privately run and if you can't pay you can't have access," she adds. 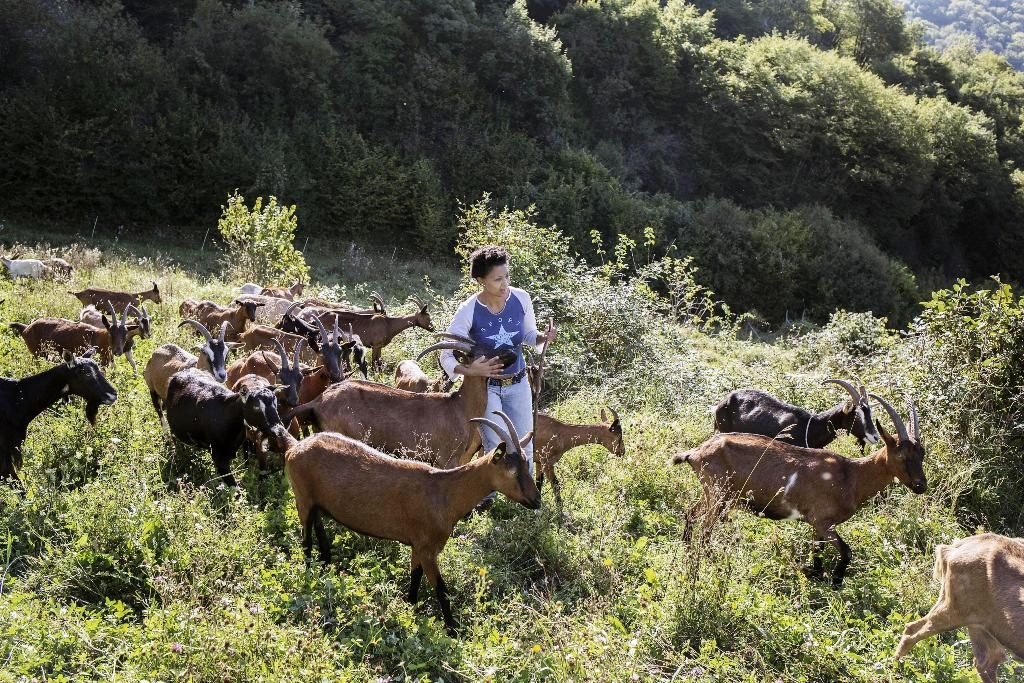 Repression and escape from Ethiopia

That's why Agitu protested in the square since 2005 with the farmers and with university students, but the military shot at them and many young people died. The demonstrations continue but many are arrested, some killed. "There's a state of emergency in the country and all villages are under surveillance. No one can protest or use internet," Agitu explains. That is why she was forced to leave the country in 2010. Luckily,  she still had her stay permit from the time of her studies in Italy, thanks to which she had an advantage compared to her fellow citizens, She already knew the place and the language.

Once she arrived in Trentino, she began to create my sustainable farming project. Agitu decided to create a goat pasture. "They give added value to the area. The goats fertilize, while walking on the land they help water drainage and also enrich the landscape."

Agitu took over land that had been abandoned and was "just another maintenance expense for the towns." Here she began "The Happy Goat" with 15 animals. Today there are 80 goats in the pasture in Mocheni valley, together with 50 chickens and 4,000 square metres of vegetable gardens.

"This is a biology laboratory. The food we produce is healthy and it has a different flavor," Agitu elaborates. She is also planning to train others interested in the project. "We would like to create jobs. Young people are interested in starting projects like ours," she says. In exchange for a few weeks of work, trainees will also learn the value of sustainable farming. The land, Agitu says, "doesn't belong to us.  We are all guests and we all have the right to make use of it without exploiting it".

ANSA is not responsible for the content of external websites