Migrant accommodation on Hungarian border classified as 'detention' by ECJ

On Thursday, a top official at the European Court of Justice (ECJ) branded the accommodation housing asylum seekers on the Hungarian-Serbian border ‘detention.’ The statement by the advocate general is non-binding and a decision will be reached by the court at a later date.

The European Court of Justice released an opinion statement on Thursday, April 23, regarding a case brought by two Iranian and two Afghan nationals against the Hungarian government in 2019. In it, Advocate General Pikamäe called on the court to offer "on the basis of EU law, a higher level of protection than that guaranteed by the European Convention for the Protection of Human Rights and Fundamental Freedoms to asylum seekers accommodated in the transit zone."

According to the press release, the four men arrived legally in Hungary in late 2018 and early 2019 after crossing the border from Serbia. On arrival in the Hungarian transit zone they followed procedure and submitted asylum applications to the authorities. They have been staying in the Röszke transit zone, on the border with Serbia, ever since their arrival.

In accordance with Hungarian law, their asylum applications were ruled "inadmissible" because they had passed through a "safe transit country," Serbia, on their way to seek asylum. However, Serbia refused to readmit the men because they had entered Hungary legally.

Hungary then ordered deportation of the men to their home countries, Iran and Afghanistan respectively. At that point, reads the statement, the men took their case to the Administrative and Labor Court of Szeged in Hungary. They argued that since Serbia had refused to readmit them, it was Hungary's responsibility to re-examine their initial asylum applications. They also said that the conditions of their accommodation in the transit zone constituted "unlawful detention" under the definition of a Reception Directive issued by the European Parliament and the European Council in 2013. 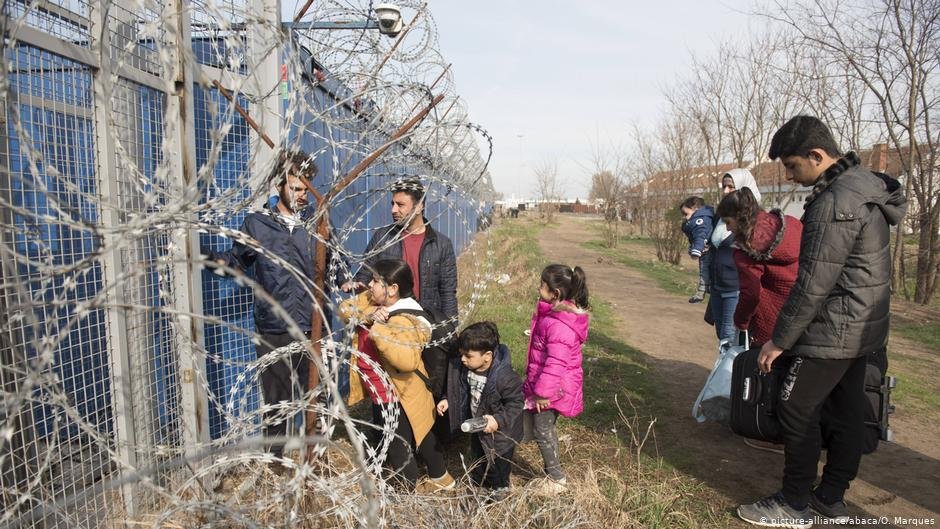 'Hungary should re-examine the application'

In the Advocate General’s opinion, Hungary should have re-examined the asylum application when Serbia refused to re-admit the men.

On the question of detention, the Advocate General outlines the circumstances of the men’s accommodation. Including that "the Röszke transit zone is surrounded by a high fence and barbed wire." Within the transit zone, each sector is "separated from the others by fences […] and it is only very rarely possible to leave one sector to go to the others and only for the purpose of, inter alia, carrying out procedural acts, checks of medical treatment."

Pikamäe's conclusion is that "asylum seekers accommodated there are physically cut off from the outside world and forced to live in a situation of isolation." In addition, he says they are "deprived of their freedom of movement," and that movement "monitored." Permission is needed before they can speak to their lawyers or anyone else coming in from outside.

The only way to leave the transit zone, explains Pikamäe in his opinion, is by "renouncing the possibility of obtaining the international protection sought." They are essentially stuck in limbo, since Hungary refuses to let them enter and Serbia refuses to take most of them back. Pikamäe thinks that "that body of evidence shows a situation of isolation and a high degree of restriction of the freedom of movement of asylum seekers to such an extent that it contstitutes detention in the sector of the Röszke transit zone."

The conclusion is that since Hungary did not re-examine the asylum application, and therefore did not comply with the reception directive laid out by the EU then the "detention of the asylum seekers in question must be classified as unlawful."

The opinion notes that the "Advocate General’s Opinion is not binding on the Court of Justice." However, the judges at the ECJ will now begin their deliberations regarding this case and "a judgement will be given at a later date." However, Advocate General's Opinions, reported the news agency dpa, "tend to set the tone for the court's final opinion."

This is not the first instance where Hungary has been criticized by the ECJ. Once a decision has been issued, the ECJ expects that the national court "dispose of the case in accordance with the ECJ’s decision."