As the COVID-19 outbreak continues, the security minister of Bosnia-Herzegovina suggested that migrants should be deported from the country. He alleged that refugees and migrants posed an economic burden amid the pandemic — as well as a security threat. The mood against migrants in Bosnia is beginning to turn sour.

Bosnian security minister Fahrudin Radoncic on Thursday said he would submit a proposal based on his comments to parliament — without specifying a date when the proposed legislation would be ready for a parliamentary debate.

He added that migrants who could not prove their identity by providing passports or other forms of identification would be imprisoned under his plan rather than accommodated in migrant camps. 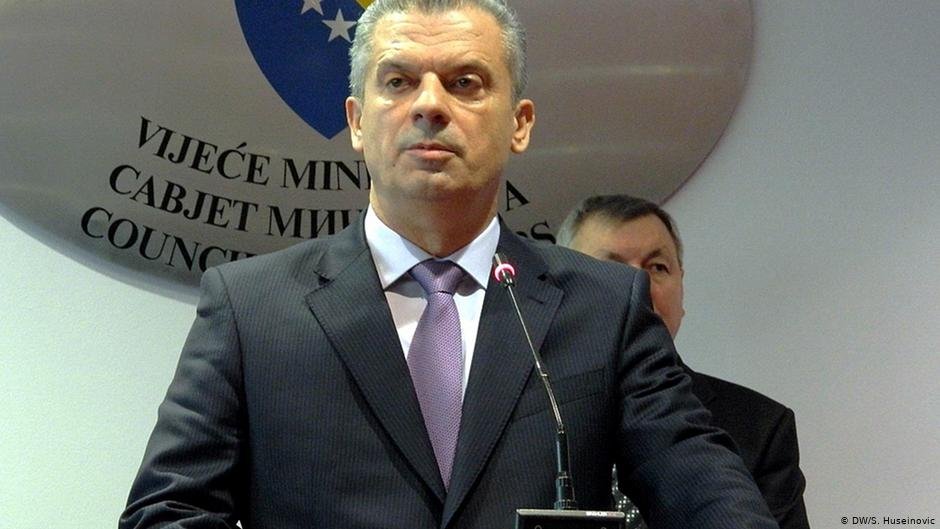 "(Migrants) who do not want to show their identity cards will not be allowed any more to use our migrant and refugee camps," Radoncic said. "They will go straight to jail. And we will keep them there for one to five years until we can establish their identity. This is our proposal for a new law."

“We want to (ease) the burden of taking care of 8,000 to 9,000 people here. We just can't handle that, especially now, with the virus situation. We also want to psychologically discourage new migrants from coming here after the pandemic ends and borders open again."

Bosnian authorities have tried other extreme measures before to dissuade migrants from coming and staying in their country, such as threatening to send in the military to fortify borders and turning off water supply to makeshift camps sites.

The comments came after hundreds of migrants stuck near the town of Bihac by the country’s border with EU-member state Croatia were transferred to a nearby IOM emergency tent camp, set up amid the coronavirus pandemic.

Migrants and refugees have been camping out at the Vucjak camp site by Bihac for years in the hope of crossing the border of Bosnia-Herzegovina into Croatia and thus reaching EU territory. However, Croatia has put strict border controls and fortifications in place, with mounting reports of violent pushbacks into Bosnian territory leaving would-be asylum seekers in the EU stuck in perpetual limbo in Bosnia-Herzegovina.

But with the ongoing COVID-19 pandemic, the site hosting up to 1,500 migrants has once more become a major issue of concern for the government with poor sanitary conditions at the camp and other such sites across the country could provide a perfect breeding ground for diseases and cost millions of euros to the Bosnian taxpayer amid the outbreak of the novel coronavirus.

More than 6,000 migrants are reported to be living at IOM-run camps across Bosnia-Herzegovina.

Read more: What it's like for migrants in Bosnia's Vucjak camp