Forced from their homes by floods, storms and wars, millions of internally displaced people are now at risk of a pandemic.

Extreme weather displaced 24 million people within their countries in 2019, with conflict and other disasters driving a further 9.5 million from their homes, according to a report published Tuesday by the Internal Displacement Monitoring Center (IDMC).

Floods and storms — particularly cyclones, typhoons and hurricanes — displaced 10 million and 13 million people respectively, with wildfires, droughts, landslides and temperature extremes contributing to another 900,000 displacements. About one million people fled volcanoes and earthquakes.

The figures are a reminder that displacement uproots millions of lives each year and that "too little is done to find solutions," the report's authors wrote. Some who flee or are evacuated later return to their homes, but the total number of displaced people has grown over years to its highest-ever level. About 51 million live displaced — many in crowded camps with poor sanitation.

Now they have a pandemic to deal with.

Large numbers of internally displaced people live in conditions where the spread of the coronavirus is going to be all the easier, said IDMC director Alexandra Bilak.

"How do you tell people to stay at home when their homes have been destroyed by disaster?" 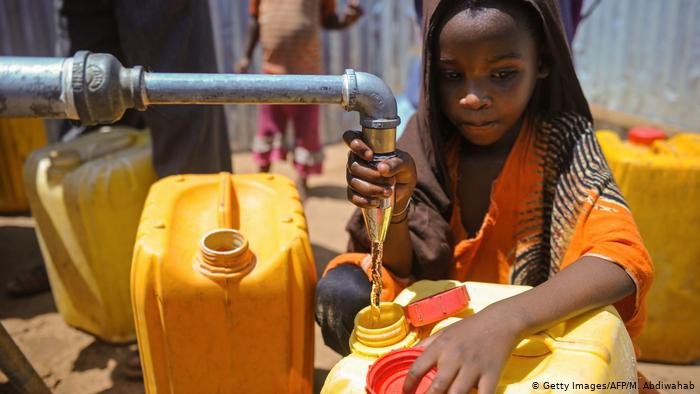 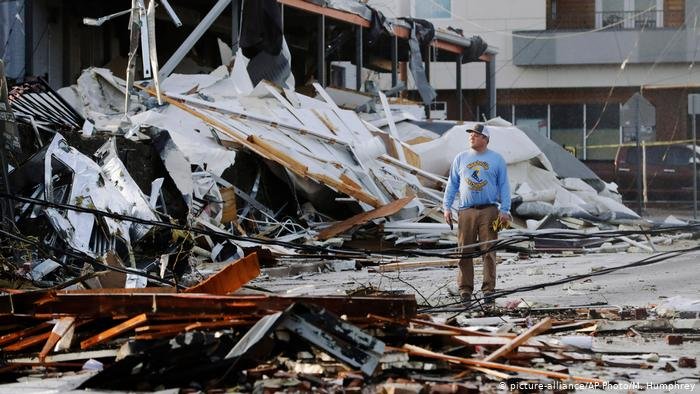 Global crises like climate change, forced migration and the coronavirus feed off each other in unexpected ways. They create "perfect storms where people are hit way harder," said Maarten Van Aalst, director of the Climate Center at the Red Cross and Red Crescent.

Physical distancing rules to contain the virus, for instance, could leave school gymnasiums and church halls less able to shelter storm victims and prevent governments from packing people onto busses and driving them from danger. For people forced into camps or displaced in slums, there is not enough soapy water to keep disease at bay.

Taken together, the impact of several crises is bigger than the sum of each of the shocks separately, said Van Aalst, adding that many displaced people do not have financial or food buffers to survive through the next disaster.

When the shocks are of a different nature, "people feel they're getting hit from all sides." 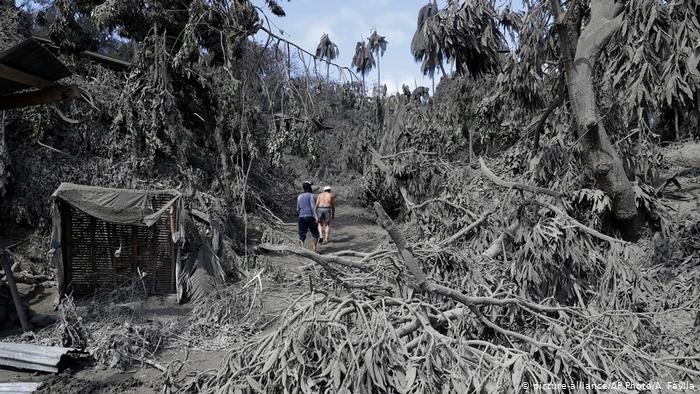 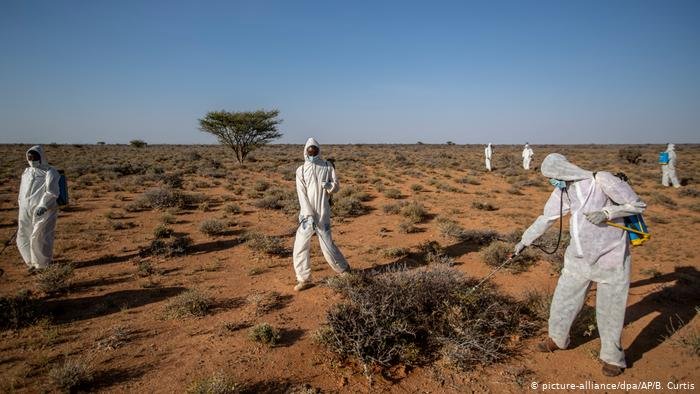 In countries like Nigeria, South Sudan and Yemen, people first pushed out by violence were later struck by drought and floods, the report details, while in countries around the Lake Chad basin, like Burkina Faso, Mali and Niger, rising temperatures and dwindling access to water have fueled existing conflicts. This has driven displacement as militants lay siege to villages, burn homes and commit widespread human rights violations, the report says.

Climate change increases the intensity and frequency of some extreme weather events and this is displacing large numbers of people, said Patricia Schwerdtle, a global health academic at Heidelberg University researching climate, migration and health.

"People have always moved due to environmental change but climate change is acting as a threat amplifier." 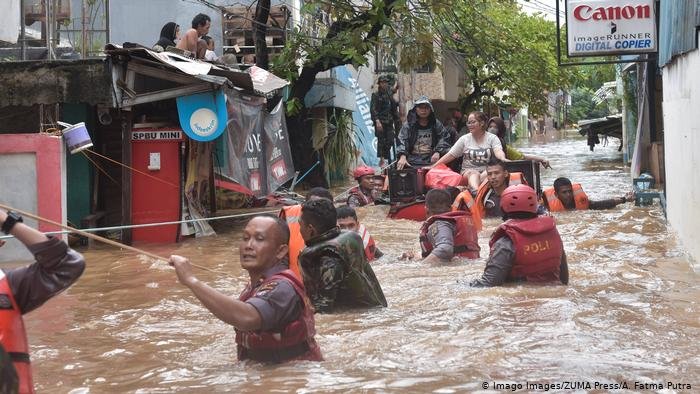 Record-breaking temperatures in the US and Australia, for instance, exacerbated dry ground conditions that allowed wildfires to spread. In East Africa, warmer oceans made cyclones stronger and may have contributed to them striking one after the other.

"What used to be rare is not rare anymore," said Abubakr Salih Babiker, a Sudanese climate scientist at the Intergovernmental Authority on Development.

But the figures also spell good news: Most displacements from disasters in 2019 were pre-emptive evacuations to protect citizens. While the disasters were still destructive, evacuations allowed people to return to homes — if they were standing — without large loss of life.

"These are governments that have measures and systems in place to anticipate the arrival of a hazard and evacuate their populations," said IDMC director Bilak. "A mandatory evacuation is actually a way of saving lives." 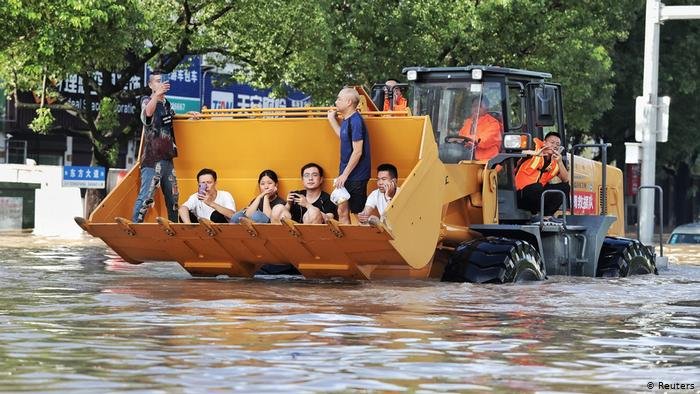 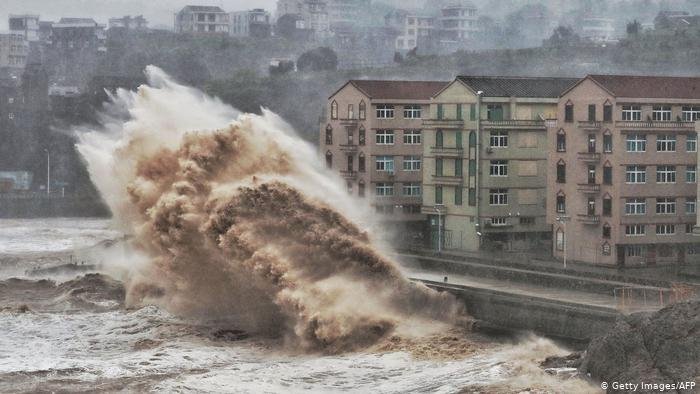 'Tip of the iceberg'

The numbers compiled by the IDMC refer solely to people who flee within their country, and not refugees, who cross borders. Most of those forced from their homes by climatic changes stay in their own country, said Schwerdtle. It can be years, if not decades, before some get to go back.

Of the 5.1 million people living in displacement from disasters — which the authors describe as "just the tip of the iceberg" — there are 1.2 million Afghans who fled drought and floods over the last few years, 33,000 Haitians still displaced from an earthquake that struck in 2010, and a small number of Japanese resettled after the Fukushima disaster in 2011.

"Those people who remain displaced over a long period of time tend to be those who were already vulnerable before the disaster struck," said Bilak, adding that even in rich countries the poor are disproportionately hurt. 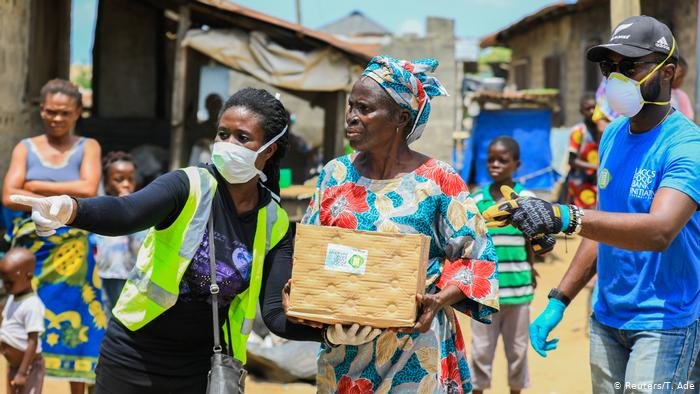 Some seek refuge in camps, while others move to city slums to find work. In a sprawling megacity like Lagos, Nigeria, where more than half of residents live in informal settlements, cramped living quarters could make slums hotbeds of disease.

"We're particularly desperate that it doesn't get into the slums, because the conditions they live in would [create] an absolute crisis if Covid-19 penetrated."