Following a fire at a migrant camp on the island of Samos, the Greek government has announced that it intends to close the camp by the end of the year.

Greek Migration Minister Notis Mitarakis announced on Tuesday that the authorities would be closing the overcrowded Vathy migrant camp on the island of Samos by the end of 2020. “The situation on Samos is very difficult, it will be closed,” said Mitarakis to ERT. A new camp is being constructed on the same island, just seven kilometers away.

The announcement, made on Greek state television ERT, came just a couple of days after two fires destroyed buildings and shelters at the camp. 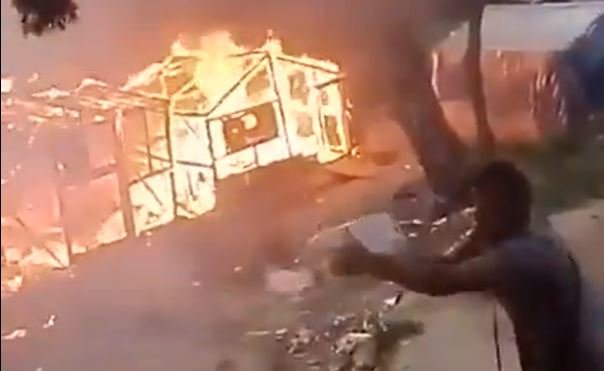 Greek police suspect that the fires were started by migrants themselves. Since Sunday, they have detained 22 migrants in connection with the fires. It has been speculated in news reports that the fires could have been started in order to force the hand of the authorities to transport more people to the mainland and away from overcrowded conditions.

According to the German news agency dpa, aid workers have reported that the fires could have arisen out of a conflict between rival Afghan and African migrant groups at the Vathy camp.

Vathy currently holds about 6,800 people, according to dpa, 10 times the number it was originally built to hold.