The Lebanese government has been able to contain the virus so far. Most of all, the strict protection measures affect people living in extreme poverty, and refugees. Their livelihoods and health are at stake.

The consequences of the coronavirus epidemic in Lebanon are still manageable. Researchers at Johns Hopkins University counted 707 confirmed infections on April 27, and said 24 infected persons had died.

The number of infections is limited thanks to the government that has been pursuing a strict containment strategy for weeks. On March 9, it shut down parliament. A few days later, numerous public institutions, theaters, movie theaters and concert halls were closed. Schools and universities are closed, too, as are restaurants and large shopping malls. There is a curfew at night. The government also urges citizens to stay at home during the day.

#Lebanese army mobilised in Beirut & the rest of the country, to ensure that people stay at home. #Coronacrisis #COVID19lebanon https://t.co/Gv1F2vXid9

The pandemic has hit a country whose population is for the most part under great economic pressure, however. The national debt amounts to about 170% of the GDP. About half of government spending went to debt servicing in 2019. The country is struggling with currency shortages, and some banks are on the verge of collapse. The already high unemployment rate has risen again as a result of the pandemic, and is now at over 30%. More than 60% of the country's young people are unemployed.

Many Lebanese took to the streets last fall to protest against the state of affairs. They demonstrated against the country's sectarian-based government system, but also against corruption, nepotism and poor living conditions.

'We aren't making any money'

Since they are unable to work, many vulnerable groups face increasing poverty, says Bujar Hoxha, director of CARE International's Lebanon program. The effects of COVID-19 do not end with the containment of the pandemic, he says. "The secondary consequences of the virus will be the loss of jobs, the collapse of small- and medium-sized enterprises and an increase in poverty and food insecurity for many," Hoxha told DW. "Official statistics predict that by 2020, about 45% of the Lebanese population will live in poverty and 22% in extreme poverty." 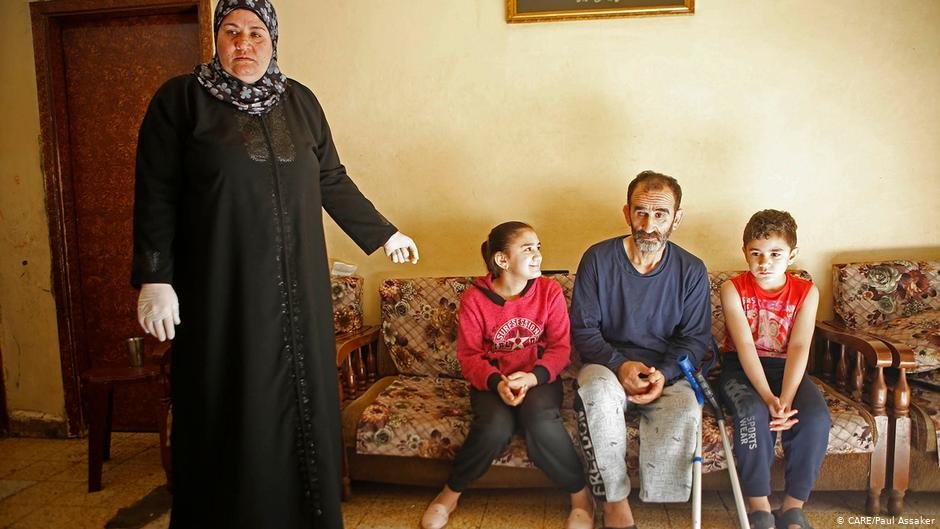 In Tripoli's Bab Tabbaneh district, the aid organization supports people like Fatima (last name known to the editorial staff). "My husband was a butcher, but after two accidents, he can't work anymore," the 46-year-old mother of five children tells the CARE staff.

With the help of her oldest son, she started to sell kebab sandwiches three years ago to feed her family, sometimes making the equivalent of €13 ($14) a day. "Since the beginning of the pandemic our kebab stand has been closed. We have not earned any money since then," she says.

Just a few days ago, on April 22, the first infection was reported in the densely populated Wavel Palestinian refugee camp near Baalbek. The camp has been under quarantine ever since, but four more people have been infected with the virus since then — increasing fears that, in addition to the Palestinian refugees who have been living in the country for over 70 years, Syrian refugees may also face coronavirus infections. Almost 1 million Syrians seek shelter in Lebanon from the war in their homeland. Sanitary conditions are considered to be totally inadequate at their camps. 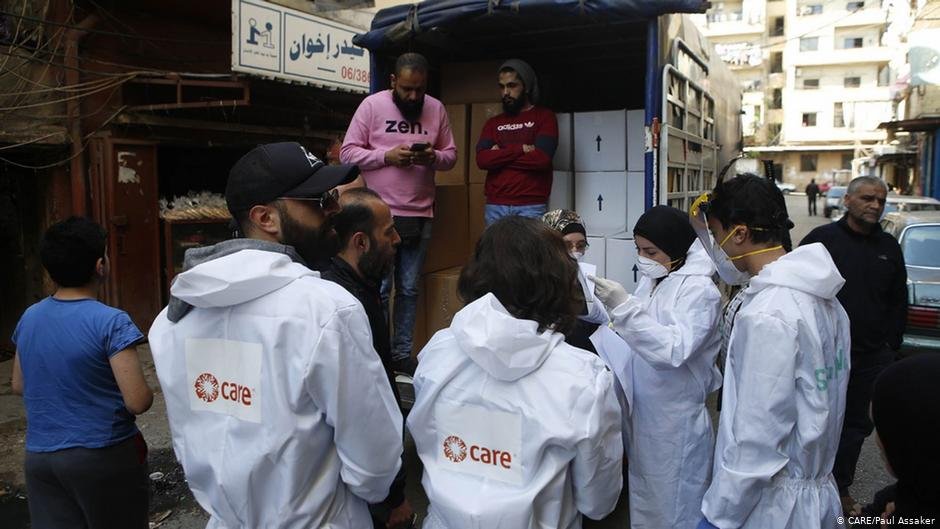 "One of our worst fears is the spread of the virus in refugee camps and among people exposed to multiple risks in crowded areas," Hoxha says. His main concern is that the virus will spread in the overcrowded camps. "The concept of 'social distancing' is simply not an option in places like these," says Hoxha. "There is often a lack of water, but water is essential for washing hands and other preventative measures."

None of the Syrian camps has so far reported a coronavirus infection, but aid workers are preparing all the same, Lisa Abou Khaled, spokeswoman for the United Nations Refugee Agency in Lebanon, told a news conference. A quarantine plan is in the works, treatment stations are being set up to support the country's modest health system. 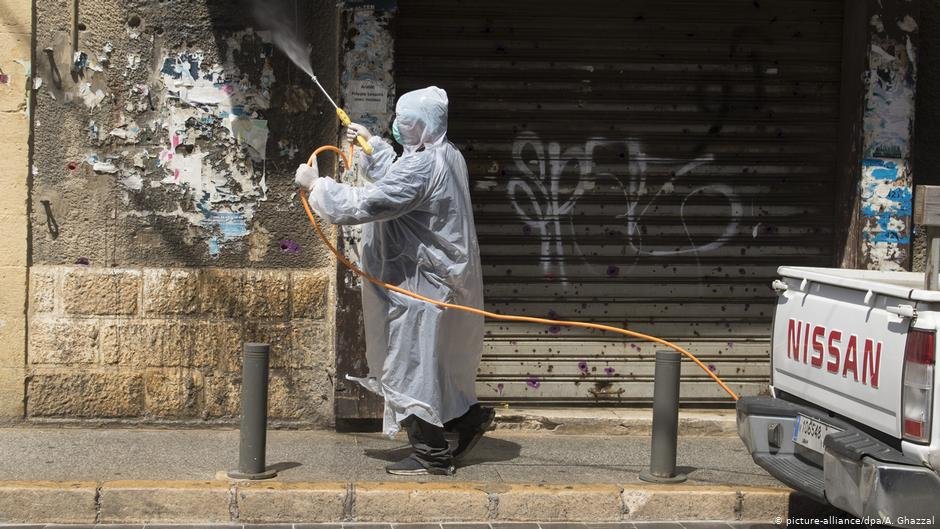 The country was on the brink of disaster at the beginning of the year, CARE International's Hoxha says, adding that COVID-19 has only worsened the situation. He lists "intolerable conditions including child labor, domestic violence and child marriage." "The number of Lebanese, Syrians and Palestinians seeking basic help has been increasing daily," he says, adding they need support concerning health and psychosocial issues as well as financial and employment issues.

People are currently celebrating Ramadan, the month of fasting — but this year, they largely stay within the family network, there are no major gatherings. The country's mosques are closed. The pandemic has taken hold of the country.