Migrants in Libya trapped between war and coronavirus

As fighting in Libya intensified in recent weeks, the country reported its first cases of coronavirus. The Libyan people are being forced to choose between flight and confinement. For migrants trapped in this desperate situation, life has never been so difficult.

Stay at home and risk being hit during a bombing raid or move and risk being infected with coronavirus? In Tripoli and its surroundings, migrants and the Libyan population find themselves with few options.

For the past year, the United Nations-recognized Government of National Unity (GNA) and the "Libyan National Army" of Field Marshal Khalifa Haftar, which governs most of the country, have been battling for control of Tripoli. In recent weeks, the fighting has intensified.

Against this backdrop, GNA Health Minister Ehmaid Bin Omar announced on March 24 that the first confirmed case of COVID-19 had been detected. "Today there are 49 confirmed cases and, for the moment, only one death," Sacha Petiot, head of mission of Doctors Without Borders (MSF) in Libya, told InfoMigrants on April 17.

On the same day, the GNA declared a 10-day general lockdown in the areas under its control. Many activities in the country had already been at a standstill for several weeks.

It's been two months since Alpha*, 15, and his brother Abdoulaye*, 17, last earned any money. For several weeks now, the fighting has put a halt to most construction projects in and around Tripoli. At the same time, it has deprived the two brothers - workers from Guinea - of their only source of income.

For the thousands of migrants settled in Libya who, like Alpha and Abdoulaye, survive on small jobs paid by the day, the intensification of the Libyan civil conflict along with the emergence of coronavirus are a dramatic combination.

Many people have lost their jobs as a result of the economic downturn. The conflict has caused rent and food prices to skyrocket. Most of the NGOs operating in Libya have also ceased their activities. And all evacuation operations by the United Nations High Commissioner for Refugees (UNHCR) and the International Organization for Migration (IOM) have been halted.

Today, Alpha and Abdoulaye are confined, along with nine other people, in a dilapidated studio in the Souq al Jumaa neighborhood of Tripoli, near the large al Safsah highway interchange. The floor is almost entirely covered with mattresses. Cooking utensils and gas stoves are crammed into a corner of the room. 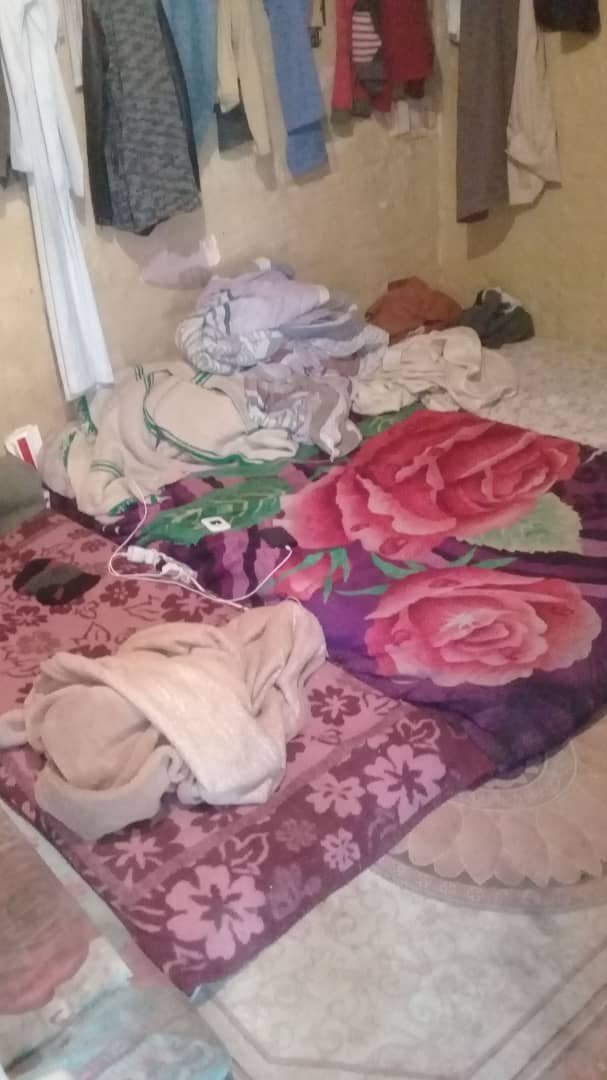 In this tiny dwelling, it's best not to think too much about the coronavirus epidemic. All the occupants know that if one of them is infected, all the others will soon be infected as well.

This Tuesday morning, Abdoulaye was overcome with a terrible headache. He didn't sleep all night. Some nights, it's the noise of the bombing of the city that keeps them awake. 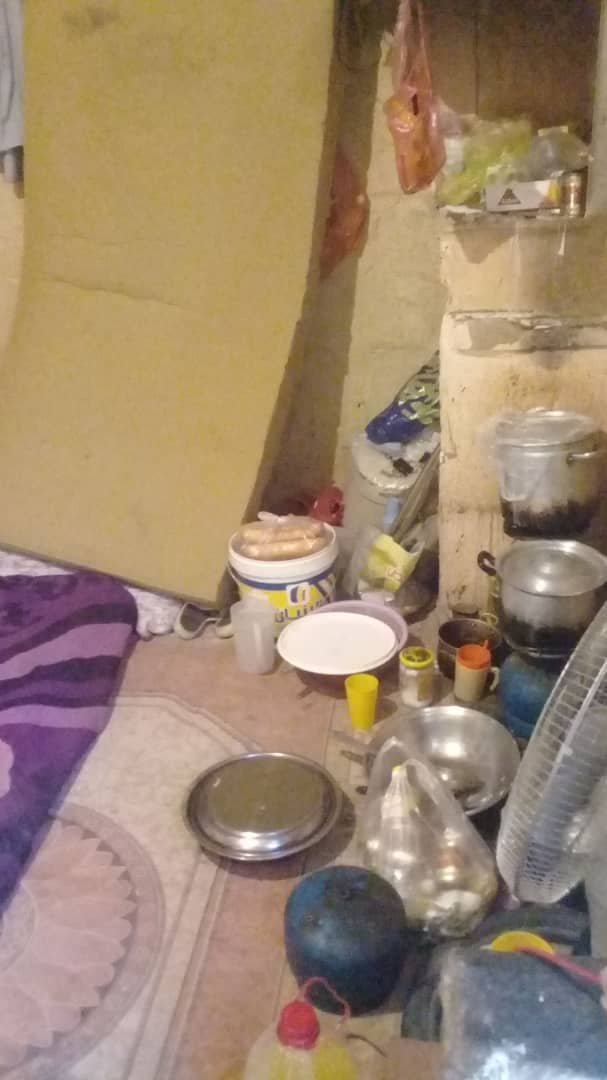 'Epidemic or bombing, if either hits you, you die'

In Zouara, about 100 kilometers west of Tripoli, 18-year-old Souleymane has also been suffering loss of sleep. On April 14, he heard bombing "all day and into the next day."

Wounded in the leg during an assault and trapped in a country at war, he survives only because of the friends he lives with. In the meantime, until he recovers, they are the ones who will buy him food. But the young man is well aware of the current climate of danger.

"When you leave the house, you have to come home soon after. There are military personnel all over the city. If they see someone outside, they send them to prison right away," he said.

For Souleymane, coronavirus is yet another difficulty on top of the civil conflict. "We know it's a dangerous disease, so it has to be avoided. But everything's dangerous here, the epidemic or the bombing, if either hits you, you die. There's no medicine to treat you here," he said.

Faced with the scale of the pandemic, Libya appears ill equipped. "The Global Health Security Index 2019 ranks the country 108th out of 195 for its ability to devise a national emergency plan in the event of a pandemic," the French weekly Jeune Afrique reported.

"The Libyan health system has been decimated over the years and is unable to cope with a normal situation," Hanan Salah, Libya researcher for Human Rights Watch (HRW), told InfoMigrants. "We are convinced that if this pandemic really starts to spread in Libya, the Libyan health system will be completely overwhelmed. Since migrants and asylum seekers are the last to receive care, I think they could be the ones to suffer the most. Their situation in terms of the pandemic is very unsafe," she added.

In an attempt to alert the Libyan authorities to the need to take care of migrants, MSF "is liaising with the coronavirus response coordination entities to ensure that migrants are taken care of within the system," said Petiot. But for the moment, "intensive care beds are limited and the information [provided by the GNA] remains spotty," he said.

Concern about the situation in detention centers

There is also a great deal of uncertainty about the situation of migrants being held in the official detention centers run by the Department for Combating Illegal Migration (DCIM).

While some have been evacuated (notably the centers of Sabbah and Janzour, in the suburbs of Tripoli), it is not certain that that was a due to the coronavirus epidemic, Petiot noted. "It could also be related to supply problems or proximity to the front line," he said.

On the other hand, the detention center in Abu Salim, the area of Tripoli closest to the front line, remained open but was reduced to about 30 people. That is also the case in the Tariq al Sikka and Ajaylat centres.

Today, our teams carried out hygiene promotion activities to raise awareness about the disease in the Abu Issa centre.
At least 80 migrants are currently detained in the centre.#EU #AfricaTrustFund pic.twitter.com/dJW07xVnWB

In the rest of the country, MSF continues to visit centers in Zliten, Khoms, Zouara and Dhar-el-Jebel. "There are no plans for closure there and the number of people detained has not changed," Petiot said. "We trained the guards and the migrants on barrier gestures and prevention measures, but that has its limits because social distancing is not easy when people are crammed 500 in a cell," he points out.

The medical NGO ensures that the centers are provided with soap and water, but no one knows what can be done if a case of COVID-19 is detected.

In Salah's view, there is no doubt that these centers should be closed. "The health of many of the detainees is not good. People have respiratory diseases, chronic diseases, there are pregnant women, children. There is a very high risk for people in detention," she stressed.

The situation is even worse for the thousands of migrants being held in detention centers without any assistance from NGOs. Their numbers may have increased in recent weeks. "Trafficking groups are taking advantage of the current situation to increase their activities," said Safa Msehli, spokesperson for the International Organization for Migration (IOM). The situation for migrants in Libya is worse than it has ever been," she said.

*Names have been changed