A group of at least 60 people remains stranded in Malta's search and rescue zone, according to the emergency rescue hotline, Alarm Phone. At the same time a Maltese official has admitted to coordinating the illegal pushback of 51 migrants to Libya earlier this month.

The NGO Alarm Phone received a distress call on Tuesday from a group of around 60 people in a dinghy adrift in Maltese waters.

Alarm Phone said it had contacted the Maltese Armed Forces to relay coordinates but the authorities had not responded to calls and emails. On Wednesday it reported that it had lost contact with the migrant boat.

"Authorities are informed. Do not let them drown and starve to death as you did with another migrant group two weeks ago!", the NGO said.

We still have no updates on the fate of the people in distress. Have they been rescued? Are they being pushed-back to Libya? Are they being left to die at sea? European authorities refuse to provide any information & keep acting in secrecy! We demand answers & immediate rescue!

Malta and Italy have both closed their ports to migrant arrivals. Malta has said it cannot guarantee rescues because its resources are stretched due to COVID-19.

Sources told the Times of Malta that Frontex, the EU border agency, had been informed of the latest migrant boat and that a surveillance flight was deployed.

On Thursday 28 civil society organizations expressed deep concern about the fate of the latest group of stranded migrants and accused the government of secrecy. "For more than 24 hours, men, women and children were known by European and Maltese authorities to be in distress within Malta’s Search and Rescue Zone, yet nothing is known of actions taken to ensure their safety," the statement said. "We remain in the dark as to whether the Government decided to rescue them, to refuse their entry to Malta, to return them to Libya or to let them drown."

The NGOs -- many of them based on Malta -- also accused the government of Malta over links to a private fishing boat that returned migrants to Libya earlier this month. A Maltese government official, Neville Gafa, has admitted that he coordinated the pushback to Libya of 51 migrants over Easter, under instruction from the Office of the Prime Minister. 12 people died in the illegal operation.

The Italian newspaper Avvenire, which investigated the case, on Wednesday published photos of six men it said were among the victims. 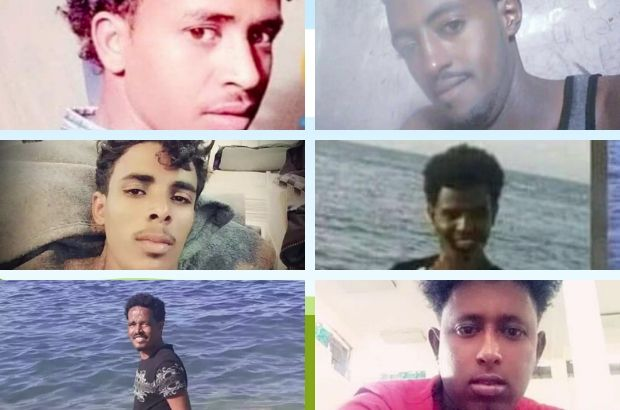