Austria has delivered 60 containers to Greece to help it shelter migrants in eastern Aegean island camps. Most will go to Samos, where fires destroyed several containers this week.

The Greek government announced Thursday that 60 containers, some for housing and others for sanitary purposes, had been handed over near Thessaloniki.

Most of the containers are to be shipped to Samos, one of the five islands with large asylum seeker and migrant camps off the Turkish coast. Earlier this week several containers in the camp were destroyed in fires.

120 more containers are due to arrive from Austria next week. 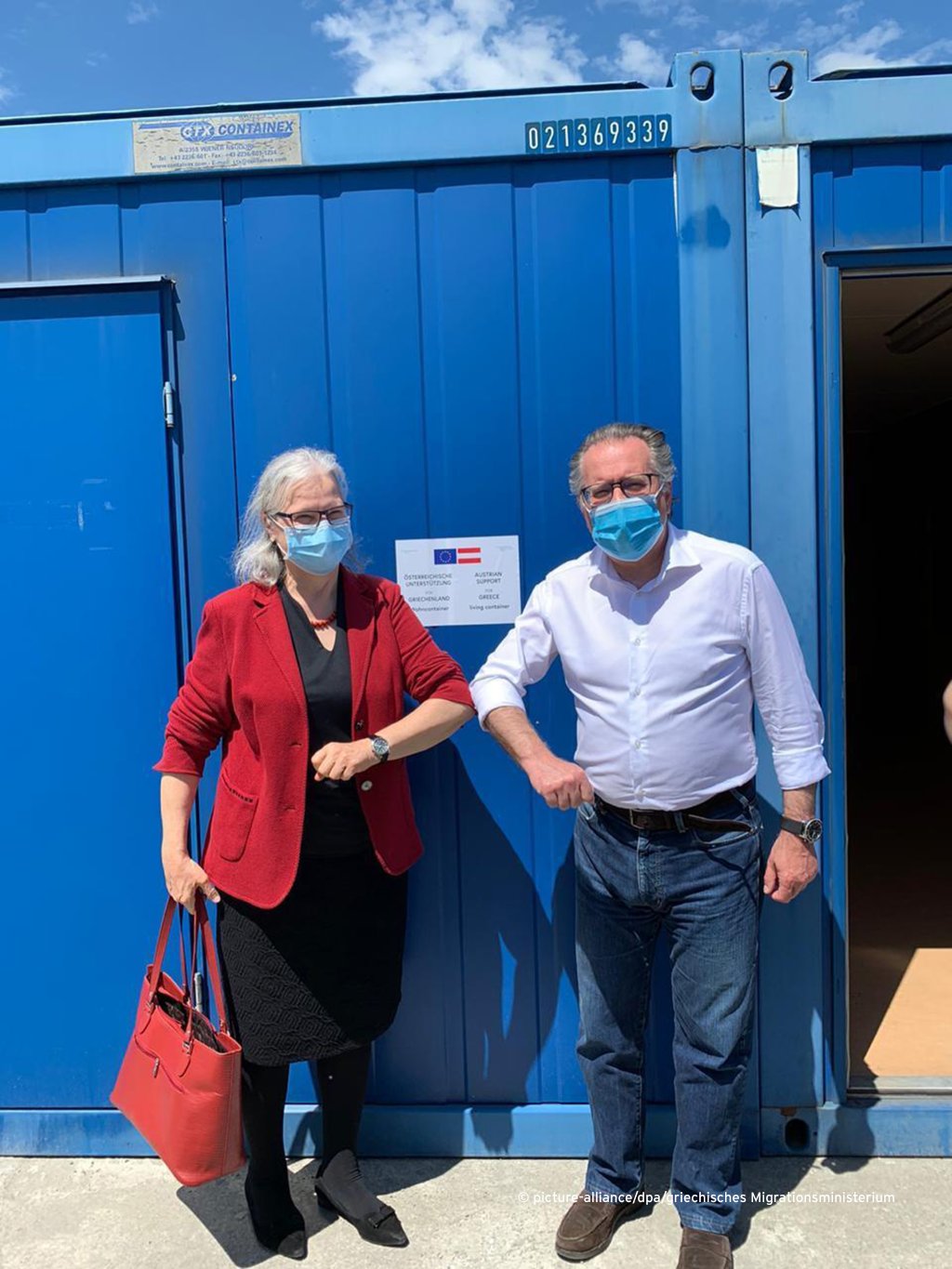 Greece had asked for help with housing facilities and hygiene material through the EU Civil Protection Mechanism, the migration ministry in Athens said.

The camps on the islands have been the main entry point to Europe for migrants arriving from Turkey.

The number of arrivals has decreased in recent months due to tighter Greek border security and the COVID-19 pandemic.

Greek authorities have been transferring migrants to mainland camps and have reduced their numbers on the islands from 42,500 in March to the present 38,500.