On Sunday, the Greek government moved 395 of the most vulnerable migrants from the overcrowded Moria refugee camp on Lesbos to secure accommodation on the mainland.

Greek officials began moving 395 of the most vulnerable migrants out of the Moria refugee camp to the Greek mainland on Sunday. The migrants were transferred by ferry from Mytilene to Athen's Piraeus port.

The Greek newspaper Ekathimerini reported Monday morning that two ferries had arrived in Piraeus. "Buses were waiting at the port to collect the migrants and transfer them to reception facilities on the mainland." The Greek news agency ANA-MPA tweeted pictures of their arrival.

Euronews reported that this is the "first massive transfer" of migrants from the islands to the mainland since the lockdown began in Greece.

Authorities are expecting to move at least 2,400 in the coming weeks, according to a migration ministry official, reported the news agency Reuters.

The move came after the EU added its voice to requests that Greece do something to ease the severe overcrowding in the island camps, because of fears that if the novel coronavirus takes hold in the camps it would be very difficult to eradicate and could spread like wildfire.

According to the latest UNHCR data, there are about 38,700 migrants and asylum seekers on the Greek Islands. Reuters reports that across Greece about 110,000 migrants are living in some kind of migrant facility. 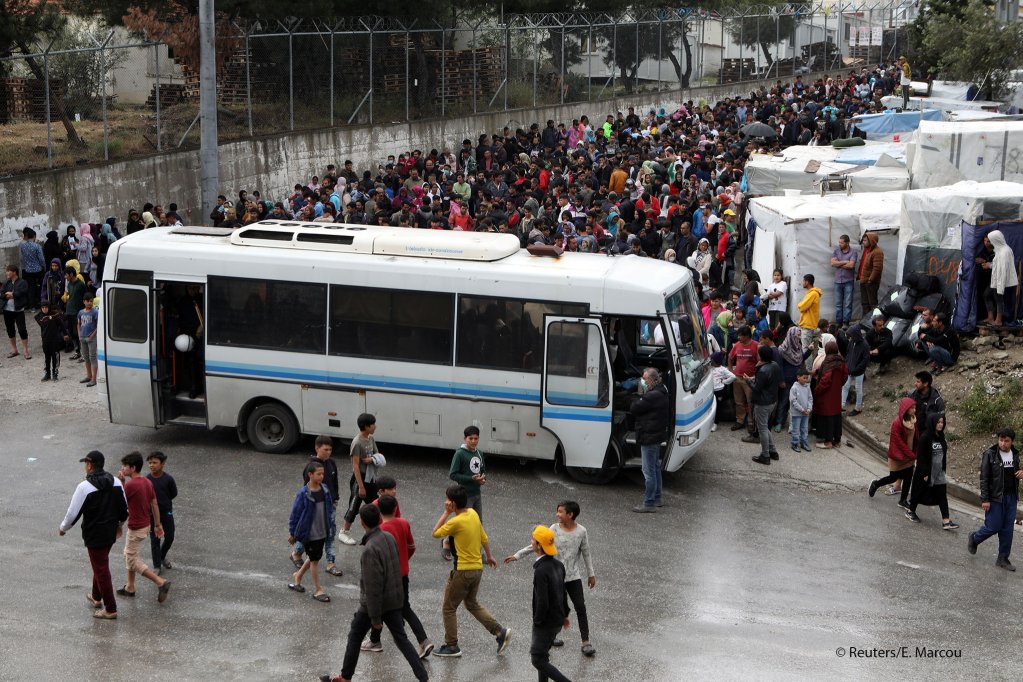 Since the novel coronavirus pandemic began, the Greek authorities have been trying to shield the most vulnerable migrants by transferring them to facilities, empty hotels and accommodation both on the mainland and, sometimes on the islands.

In the week ending April 27, UNHCR reports as part of its "shielding response" against COVID-19, that it transferred a total of 84 people in the vulnerable category were moved to ESTIA (Emergency Support for Integration and Accomodation – run by the Greek government and UNHCR) accommodation on the mainland and islands. 50 people were transferred directly to the mainland, 25 went to apartments on the islands and nine people went to empty hotels on the islands.

The Greek government put the country into lockdown towards the end of March and it is already starting to ease up on some of its measures. So far the country has only a couple of thousand confirmed cases of infection and deaths remain, for now, in the hundreds.

So far, there have been no infections reported in camps on the island but two camps and a migrant hostel on the mainland have so far reported cases of infection.

Migrants on the islands

The Greek government announced in February that it was building new camps with a capacity of 20,000 for the islands where migrants were expected to stay just three months. Currently, many wait months and even years in the camps for their asylum claims to be processed.

The Greek migration minister Notis Mitarakis visited Moria camp on Lesbos on Sunday and pointed out the need for "more vigilance."

The Minister visited on Sunday the #migrants and #refugees reception and identification centre of #Moria, #Lesvos islandhttps://t.co/DielkxHTMS#Greece #RefugeesGR #COVID19 pic.twitter.com/VGkgvkSV1Q