The death of a Kurdish migrant in Bosnia

At the weekend, a Kurdish man in his fifties from the region of Erbil died in a hospital in Bosnia. He leaves behind a wife and four children who hope to seek asylum in Europe. His death comes a month after a fight at a migrant camp, during which he was "critically injured." Was his death a tragic accident or the result of something more sinister?

"It was a tragic weekend at migrant center Usivak in Sarajevo Bosnia Herzegovina," writes the International Organization for Migration (IOM)’s Chief of Mission in Bosnia, Peter Van Der Auweraert on his Facebook page and Twitter. "One of the migrants staying there, who was critically injured during a fight between two national groups passed away in the University Hospital in Sarajevo."

It was a sad weekend in #migrant accommodation center #Usivak #Sarajevo #BiH. Myself & the ⁦@UNmigration⁩ team in the center are devastated by this loss of life and will do all we can to continue helping the bereaved family. A heartfelt thanks to ⁦@drcbih⁩ for support pic.twitter.com/ABei8F8qIn

Van Der Auweraert spoke to InfoMigrants on the phone from Bosnia. Neither he nor his staff were present during the fight because the staff there had been deployed to another part of the center when it broke out. Van Der Auweraert underlines, that means there is no "official version" of what happened. At the IOM's request, an investigation, conducted by the Bosnian police and magistrates is now underway.
Manslaughter?


Nevertheless, some Facebook users commented on Van Der Auweraert’s Facebook page, alleging that the man did not just get injured during a brawl. How, or if he was directly involved in the fight is also unclear. But the users insist the man was beaten up by a security guard who had been working at the camp. Some users who contacted InfoMigrants allege that the man was "killed by a security guard in Haji camp."

Another man on Van Der Auweraert’s Facebook page claims that the Bosnian government with help from the IOM want to "hide the killings," and that more people should "spread [the news] of this great oppression." He says that the IOM have been trying to "change the [man’s] medical report" and that the "security forces who killed the man are still inside the camp." The posts say they want the "killer of this refugee brought to justice." The allegations also suggest that the authorities withheld news of the man's death from the family until this weekend when it was announced he had died and the family was told. 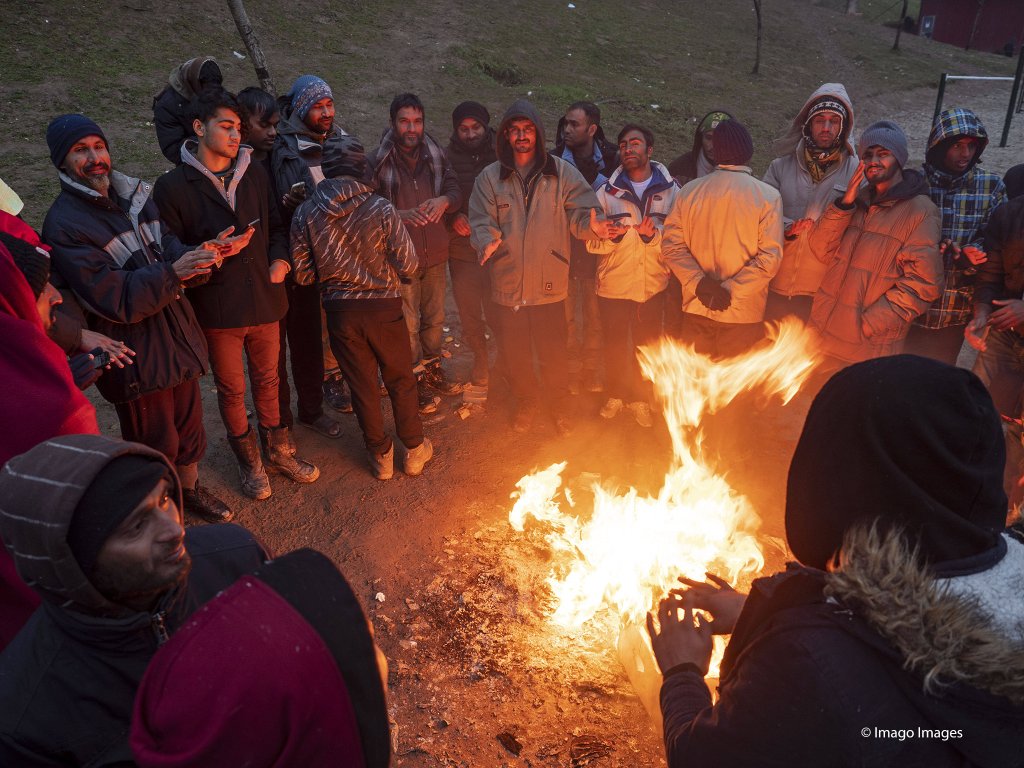 The man, his wife and four children had made it from Erbil in Iraqi Kurdistan to Bosnia, "about ten months ago," according to some of the people posting allegations about his death. The family hoped to continue their journey to seek asylum within the EU, where they have relatives already. But like many others on the so-called Balkan route, they ended up being hosted in a camp, Usivak, in the Bosnian capital Sarajevo.

Fights and tension at the Usivak camp and other centers in Bosnia occur "from time to time," says Van Der Auweraert. Although considering the number of people at the center, he points out, not that often. Currently, Usivak is hosting 870 people from 22 different nationalities; about 368 are from Pakistan and Afghanistan and there are 89 people from Iraq. It is not specified if they are all Kurds but Van Der Auweraert says Kurds make up a significant minority in the camp. Young single men make up the majority in Usivak (805 in total) but there are some families like that of the man who died. There are 99 unaccompanied children present at the moment.

Since 2017, IOM has sought to "support the government of BiH to manage a fully functioning reception system." Usivak, like many of the other centers in Bosnia Herzegovina (BiH), is being administered by the IOM in conjunction with the Danish Refugee Council and other international aid organizations. Following the incident on March 29, these organizations have continued to support the family of the man who died. 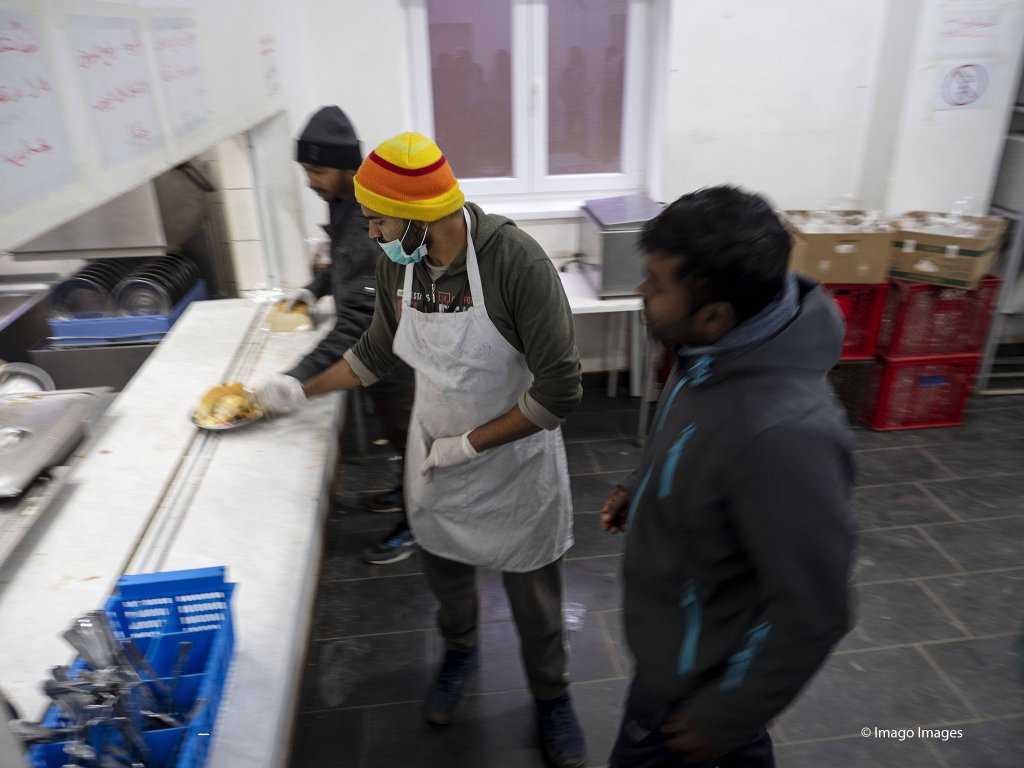 In fact, Van Der Auweraert has talked to the bereaved family several times since the fight in March. After talking to them and other witnesses, it seems that tension broke out in Usivak between the Pakistani and the Kurdish community after a young Pakistani man was accused of having filmed children, among them Kurdish children, waiting in line for food, to post on his TikTok page. "Many of the migrants post things on TikTok," explains Van Der Auweraert who has seen a version of the film in question, although he can't guarantee if that was the original version intended for posting.

He doesn't think there was any suggestion that the film itself was untoward, just that some members of the Kurdish community objected to their children being filmed and posted online. He points out that about 90% of both communities have no problem with the others, and that these fights tend to break out between a small group of people on both sides.

'The investigation is ongoing'

Tensions between the two communities continue to "simmer" says Van Der Auweraert. However, "since the incident, things have been relatively calm." The IOM has a system of "community representatives and wardens; that is migrants who volunteer to participate in the camp management, and they play an important role in trying to maintain the peace and flag issues that are arising. I think they have done a great job," says Van Der Auweraert. In his opinion, they have helped prevent, or calm, any incidents that may be occurring. 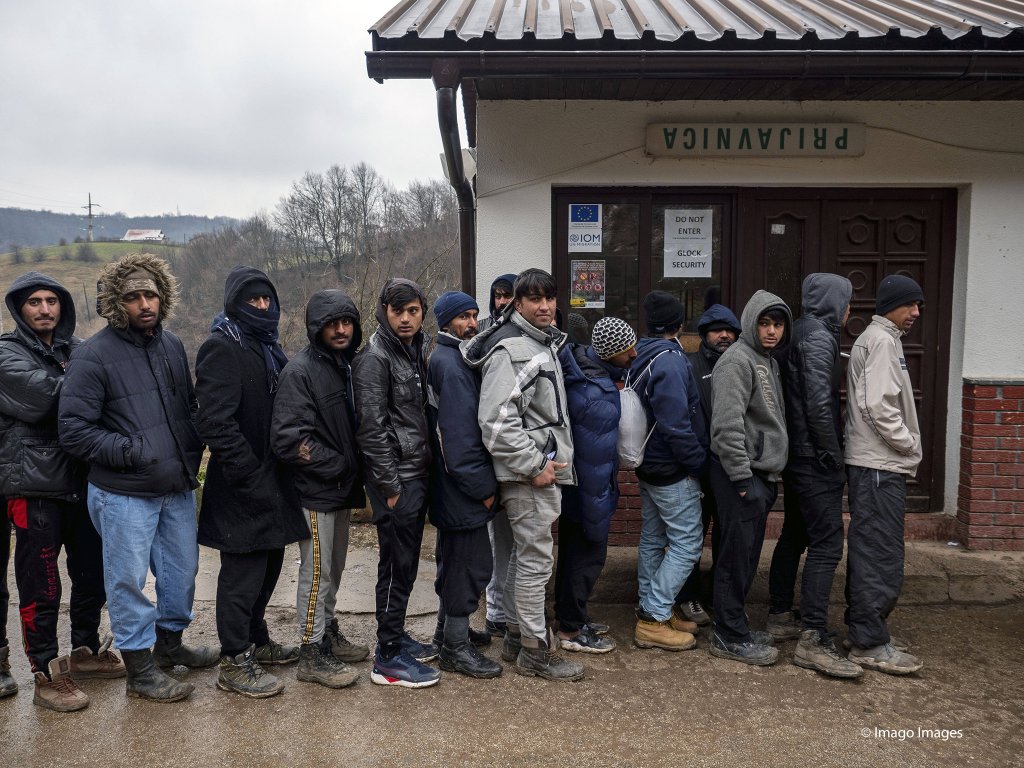 At the moment, because of the COVID-19 pandemic, migrants are not allowed to leave the center, "not even to go into town to walk around." So, the situation is "difficult," says Van Der Auweraert. Luckily there is a big green space within the center and children can play outside in that, he adds. But migrants would of course prefer to be free to move around, to continue their journey to Croatia and onward, he thinks.

Both centers in Sarajevo are pretty full, says Van Der Auweraert. It is nothing compared to the situation you are seeing on the Greek islands but we are at "max capacity," he says, so "people have to wait longer for their food and that kind of thing." This also contributes to tension.

Van Der Auweraert and his team of about 250 people are doing their best to help the reception centers function smoothly, but things can be difficult in Bosnia, especially in the time of a pandemic where the health system doesn't always work brilliantly "even for Bosnians," explains Van Der Auweraert.

In answer to another comment on Facebook asking about the transparency of the investigation, Van Der Auweraert replied: "IOM and its partners in the centres (DRC, Pomosi.ba, UNHCR, UNICEF amongst others in Usivak) have zero tolerance for violence against migrants in its care. If there are any allegations of this kind brought forward in any situation, IOM requests the relevant security company to immediately suspend the person in question, and informs the local police, including assisting migrants (as in this case) with filing a criminal complaint, e.g. with (an) interpreter."

Van Der Auweraert underlines once again that he has asked the police and judicial authorities to "ensure a fair, effective and transparent investigation in accordance with BiH criminal law and procedures." He says he is confident that is what they are doing.

Until then, the answer to the question of whether the Kurdish migrant was killed, or tragically died as a result of an accident, cannot really be answered.