After their rescue over the weekend, dozens of migrants on board German container ship MV Marina are reportedly in bad shape. The ship’s operator said the situation is tense and warned of a possible escalation.

German shipping company Klingenberg has warned that the situation aboard its container ship MV Marina could escalate.

Over the weekend, the crew of the Antigua and Barbuda-flagged vessel had picked up 79 people in distress off Malta in the central Mediterranean.

"Unless a solution is found soon, people on board will die," Thies Klingenberg, owner of shipping company Klingenberg, told German news agency dpa on Wednesday.

The situation aboard the commercial vessel "Marina" is unbearable.

The captain reports people sleeping in the open, the crew being exhausted and food to expire soon. Governments of #Italy and #Malta have to provide a port of safety – now! pic.twitter.com/BsgOWrjETH

According to Klingenberg, the MV Marina had taken 79 migrants on board on request by EU member state Malta.

The MV Marina is currently some 200 kilometers south off the Italian island of Lampedusa waiting to be assigned a safe port or for authorities to transfer the rescued passengers onto another ship.

However, Klingenberg said he hasn't received a response from either Italy or Malta.

Klingeberg said the situation aboard the Marina among rescuees was tense. Some people were behaving aggressively, he added, and that they were having to sleep on deck on bare steel.

A spokesperson for the Italian Interior Ministry said on request that Italy wasn't responsible for the ship; fellow EU member state Malta, meanwhile, didn't make any official statements, according to reporting by dpa. 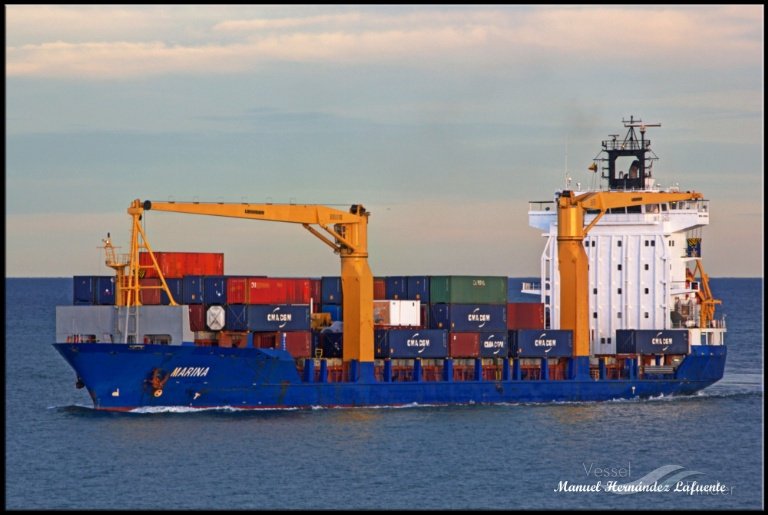 Italy and Malta had declared their ports as "not safe" during the coronavirus pandemic. Authorities argued the countries weren't able to provide for people rescued at sea by ships. On Lampedusa, for instance, authorities said that a reception camp was full. Nonetheless, migrants keep arriving on EU shores and at ports in small boats.

On Tuesday, the Italian coast guard impounded NGO migrant rescue ship Alan Kurdi at the port of Palermo in Sicily, claiming it had found "irregularities". The German-flagged vessel arrived in Italy after rescuing 150 migrants off Libya a month ago. The migrants were placed under coronavirus quarantine on a ferry off Palermo that ended Monday.

Sea-Eye, the German charity that operates the Alan Kurdi, on Wednesday called the decision "grotesque" and said it would prevent a resumption of its rescue activities for the rest of May.

Around 34 other migrants rescued by the Spanish rescue ship Aita Mari were also quarantined on said ferry and were also released on Monday.

The Aita Mari was also grounded this week by Italian coastguard, the day after the Alan Kurdi. Authorities Wednesday evening justified their action with "violations of norms" and "technical and normative irregularities" that could have endangered the crew and rescuees. What's more, the vessel allegedly didn't meet environmental standards, the coast guard said.

According to Italian officials, most of the some 180 migrants will be transferred to other European countries but no relocation deal has been announced.