Refugees help during the COVID-19 crisis

From cooking for grocery store workers to making masks for those in need, many newcomers to Germany are stepping in and helping others during the COVID-19 pandemic. The knowledge they bring from home is priceless.

There is a knock at the door of Malakeh Jazmati's Syrian restaurant. It's a regular customer who has come to pick up a take-out meal. The restaurant owner takes the time to speak with him and offer a special menu for Ramadan. He is pleasantly surprised when he hears the price; it's considerably lower than usual.

"This is not the time to do business," says Jazmati. Because of the coronavirus crisis, many people are struggling financially. Typically, she has around ten employees at her restaurant, but now she's alone in the kitchen from Tuesday to Sunday preparing carry-out orders. She makes traditional Syrian dishes such as fajitas and okra, as well as Western classics such as cordon bleu with ingredients specific to the Middle East. Like all restaurateurs, she is concerned about the current situation.

Yet that hasn't stopped her from volunteering. Jazmati currently cooks extra portions two days a week for supermarket employees. She talks to store managers beforehand and cooks for those interested — free of charge. Some are skeptical, such as the branch manager of a large chain whom she recently spoke to.

"She asked 'Why do you want to do that?', Malakeh recalls. For Jazmati, the matter is simple: doctors and nursing staff are doing great work at the moment, but so are supermarket employees, who also don't have the luxury of sheltering themselves at home. "What would happen if they didn't want to work and stayed at home? We'd all have big problems" she says.

Malakeh Jazmati has been living in Berlin since 2015. She left her hometown of Damascus after being blacklisted by the government during her studies, she told DW. She organized clothing drives and collected donations for families whose relatives were in prison.

After the escape, she lived with her mother, sister and brother in Jordan, where she met her current husband. By chance, Malakeh ended up on the radio, then on television hosting her own cooking show. Since her husband was not allowed to work in Jordan, the couple decided to relocate. Her husband first came to Berlin, and a year and a half later, Malakeh followed through the family reunion program.

"I left everything behind and started from scratch here," she says. First she cooked for friends and acquaintances, but then the orders started to pour in. Half a year after her arrival, she was able to make a living from catering.

A recipe for the Chancellor

At an event for which she did the catering, a man named Steffen Seibert approached her and asked her if she would cook for a different event at the Bundestag, the German Parliament. "I said 'yes' even though I didn't know what the Bundestag was yet," she recalls with a laugh. Little did she know, the man who approached her was Chancellor Angela Merkel's spokesperson.

At the event, she even had a brief conversation with the chancellor. "She inquired very knowledgeably about certain ingredients and asked me for a recipe." Jazmati gave it to her, of course. 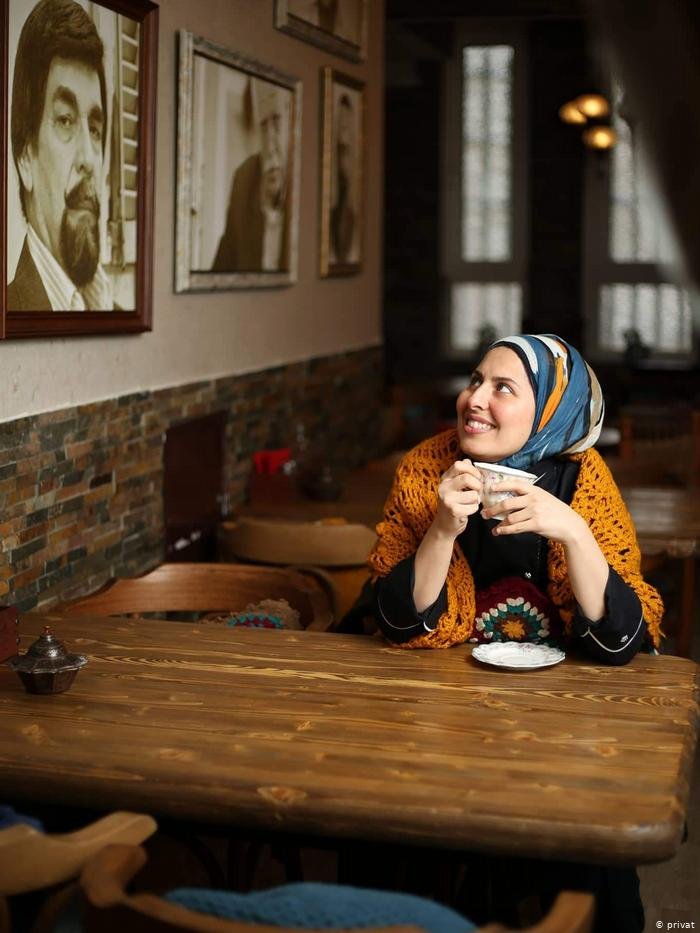 In 2017, Jazmati published a cookbook, Malakeh. One and a half years ago, she finally opened her restaurant in the Schöneberg district of Berlin. "Food transmits the culture and tradition of a country," she says, "and it builds bridges."

This spring, her family received permission to come from Jordan — and then the spread of the coronavirus ruined the plans. That is another reason why Jazmati draws energy from her commitment to social issues: "I firmly believe that if you do good things, something good will come back to you."

Jazmati is not the only newcomer to provide coronavirus-related assistance. The platform GoVolunteer connects people who want to volunteer for projects and also helps refugees and migrants find jobs and educational opportunities in Germany.

Through the platform, the program "Newcomers against Corona" was created, and currently has 40 participants, many of whom are refugees. "They go shopping for others, cook, sew masks, one participant translates between doctors and patients on the phone," says Thomas Noppen, managing director and program director at GoVolunteer.

The aim of the project, which is supported by the Berlin Senate, is "to make the commitment of the refugees visible and to change the narrative about them, which is often negative" says Noppen. Many refugees are very grateful and are looking for ways to give something back.

Long before the COVID-19 pandemic began, the platform had been helping migrants and refugees get on their feet. Around 530 "newcomers" have received assistance through GoVolunteer. Thanks to the platform, they can put into practice what they've learned in German language lessons, receive certifications and take part in other courses. According to GoVolunteer, three quarters of all participants found a job or started studying within six months of using the platform. 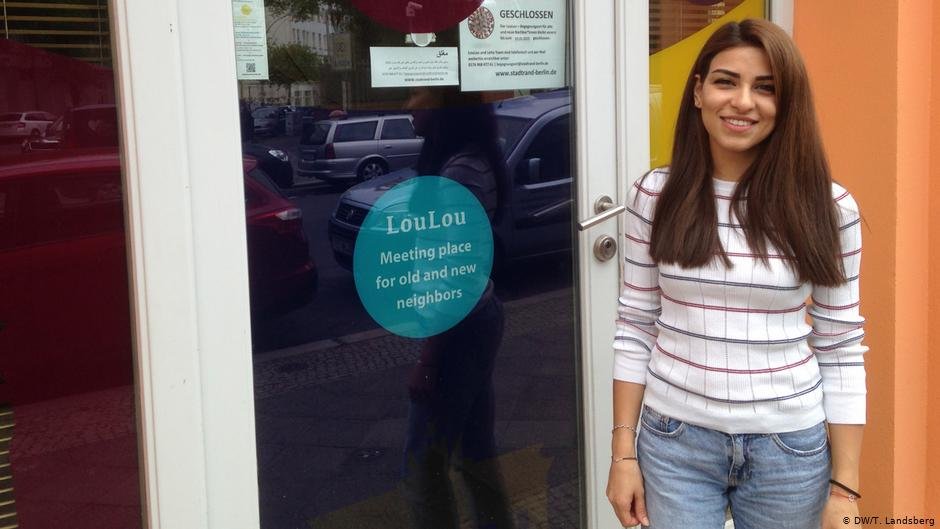 Masks for the needy

LouLou, a meeting place for refugees in the neighborhood of Moabit in Berlin, is one of the spaces listed on GoVolunteer. Because the center is currently closed due to the pandemic, the 15 refugee women who participate in a self-help group must now meet online. "They really miss direct social contact," says Sandy Alhambri, who has been working at LouLou and organizing the meetings for the past year. During their encounters, the women discuss problems they have adapting to their new home. "Often, someone has had a similar problem and could help solve it," explains Alhambri.

One of the women in the group works as a caregiver in a shelter. "Because there was a great need for masks, she started sewing them," explains Alhambri. So, the idea came about for the group to sew masks for those who need them, for free.

Sandy Alhambri and her family fled Damascus in 2014. Initially, they lived in a home for refugees in Berlin. "After the first language courses, I translated for other residents there," she says. Now, she works in a shop and is also studying to become a social worker. "We want to show that we have brought something from our homeland: Knowledge that we can use here that can benefit others."

Recently, she brought an elderly lady her groceries and a face mask with it and saw how moved the older woman was by the simple gift. "She said: 'Finally I can go out again'," recalls Alhambri. Eight women from her group also take turns cooking twice a week, and the food is distributed to the homeless. Of course, there are always a few masks to hand out, too.