Germany: Rights and health of asylum seekers under threat in ‘mass camps’

Refugee rights organizations in Germany say people in asylum seeker accommodation centers are in grave danger from coronavirus and have called for them to be shut down. Migrants who were quarantined in one center are being made to wear wristbands in public.

Migrants’ lives are under threat due to the pandemic and they should be provided with “humane accommodation” in apartments, said representatives from German refugee councils and other NGOs on Monday.

Helen Deffner of the Refugee Council of Saxony-Anhalt said the German authorities were responsible for “deliberately threatening people’s health” by forcing them to live in unsafe conditions.

Germany’s refugee councils among others have expressed serious concerns about the risk of viral infection to those in collective accommodation centers where frequent hand washing and social distancing are next to impossible.

“Mass accommodation, whether in Germany or elsewhere in Europe, is neither humane nor is it possible to comply with infection protection or even minimal hygiene requirements,” said Aziz Bozkurt, a member of Germany’s Social Democratic Party SPD.

The first person in a collective accommodation center to die from COVID-19 was a sixty year-old asylum seeker just over three weeks ago. The man became infected in the Schweinfurt Anker center (anchor center, center for asylum seekers) in Bavaria. Hundreds of people in Anker centers and collective accommodation centers have contracted the virus. Several centers have been placed under quarantine. 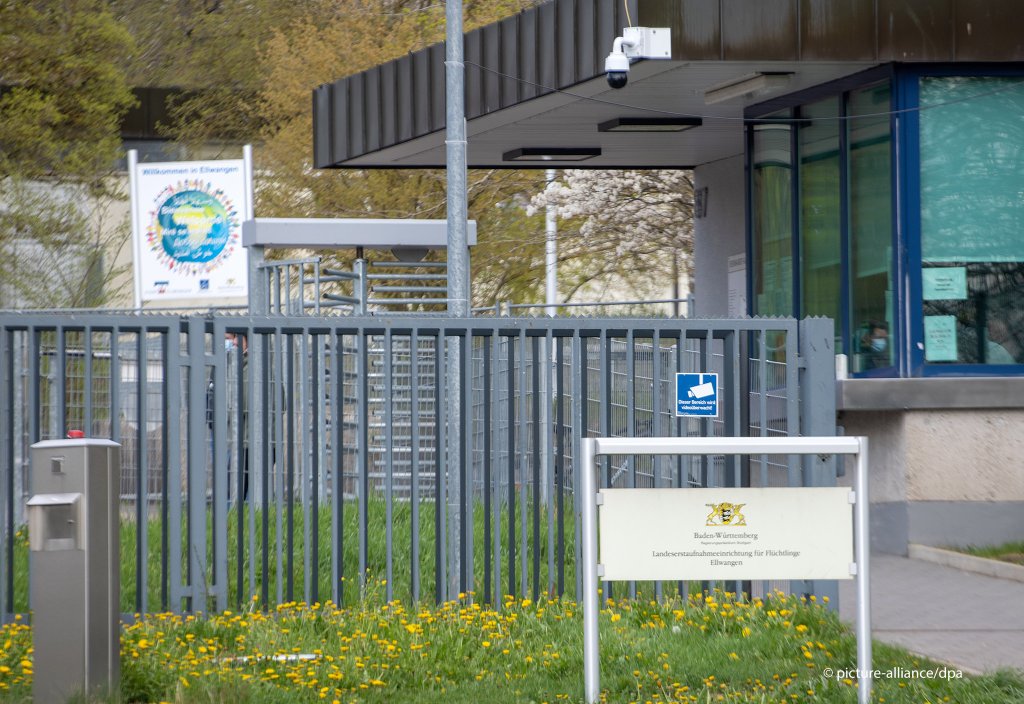 The asylum seeker center at Hennigsdorf near Berlin was placed under a two-week quarantine on April 18. Resident Nde Nzongou Barthelemy, from Cameroon, said they had received no information or help except from the local church. “People are scared, the police are there all the time,” said Nde Nzongou, who joined Monday’s press conference using his mobile phone.

In Nde Nzongou’s building, one of five in the center, 78 out of 81 people who were tested for coronavirus were positive. He says they were in quarantine until three days ago. Since then, he and the other residents have had to wear a green wristband if they leave the premises. When Nde Nzongou went out at the weekend, a woman on the street pointed at him.

The Oberhavel district administrator’s office told InfoMigrants that quarantine had been lifted on 6 May for 57 people at the Hennigsdorf facility. “They are considered cured and can leave the accommodation. The tape (wristband) serves as evidence that the residents are free from quarantine,” a press spokesperson said.

Bring refugees from the ‘misery camps’

The German authorities have also come under pressure to take in more asylum seekers from abroad. “Berlin and many other federal states are ready to accept people from the slum camps in Greece,” said Bettina Jarasch, an expert on migration from the German Green party. Jarasch accused the German interior minister, Horst Seehofer, of ignoring offers of help from civil society organizations, churches and trade unions.

It is not clear when Germany will take in more asylum seekers from the Greek camps, as announced by the government several months ago. AFP reports, a spokesperson for the interior ministry said the government would stick to its promise but added: “I cannot say when the next date will be.” So far, 47 children and young people have been relocated to Germany from Greece. Tareq Alaows, from the Seebrücke organization, said the small number was “absurd.”