Baobab Experience, Rome: Welcoming migrants even during a crisis

Italy has just entered "Phase Two" of its coronavirus lockdown, that is a gradual easing of restrictions. But the worst could be yet to come, thinks Andrea Costa, one of the founding members of Baobab experience, a group which works to help migrants in Rome.

"This has not been an easy time," says Andrea Costa with quiet resignation in his voice. When he speaks to InfoMigrants, Italy is slowly emerging from the longest lockdown in Europe that was brought in to fight the novel coronavirus pandemic. It has been hard for everyone in Italy but particularly for the 120-130 migrants who sleep on the street around the Tiburtina station in Rome and rely on Baobab Experience for their meals, as well as social, cultural and legal support.

"For them it has been a kind of a limbo," explains Costa. Most of the migrants that pass through the Baobab Experience in Rome are hoping to go elsewhere -- to France, Germany, the Netherlands and the UK, says Costa. "They see Italy as a transit country." But the closure of transport, bus services and the advice to 'stay home' has meant that they have been stuck in Rome, unable to make their journeys further north, without a place to stay or access to most of the offices and charities which were also forced to close or reduce their services during this time.

Throughout the lockdown, the 15-30 volunteers at Baobab Experience continued to distribute food and try to help, says Costa. They were allowed to do so by the Rome municipal authorities, he adds. Costa, an artisan who works with glass by trade, is one of the founding members of Baobab Experience which first came together in 2015 as Rome was experiencing a surge in migrant arrivals. At that time 35,000 people arrived in the Italian capital and the group that founded Baobab felt they needed to do something to meet the emergency. Because of the transitory nature of many of those migrants who arrived, the authorities were "ignoring them" -- something his group of volunteers were unable to do, says Costa.

Since then, Baobab Experience says it has helped more than 90,000 migrants. They usually come from various nations but the most common migrants helped by Baobab are sub-Saharan Africans, Afghans and Pakistanis. Many just hang around for an average of ten days, explains Costa, before journeying further north; some stay longer. The group distribute two meals a day on weekdays, "breakfast and dinner" says Costa, and three at the weekend, when volunteers have more time. They have also had their fair share of runs-ins with the authorities and their informal camps have been cleared multiple times. But they are not just a food distribution service. Through the food, Baobab offers migrants a "360 degree service," says Costa proudly. Working alongside medical and legal charities and a network of activists and volunteers across Italy and Europe, the group directly offers, or refers migrants to, the right places to find legal advice, medical help and most of all, a social welcome. Before the lockdown, Baobab even offered cultural tours, taking migrants to museums, to learn something about the city and the country in which they find themselves. It's all about social integration, thinks Costa. "Many of them may never have the chance to return to Rome in their lives, so we want them to find out something about the city before they go."

Baobab Experience and the coronavirus

Costa says the Rome authorities did not offer enough help to anyone sleeping rough during the lockdown, and migrants were no exception. Costa concedes though that since the lockdown began in the winter, the city authorities had already offered many of Baobab's rough sleepers emergency winter shelters, and these were kept open throughout the lockdown. 21 migrants were also given places to sleep by the city, says Costa. 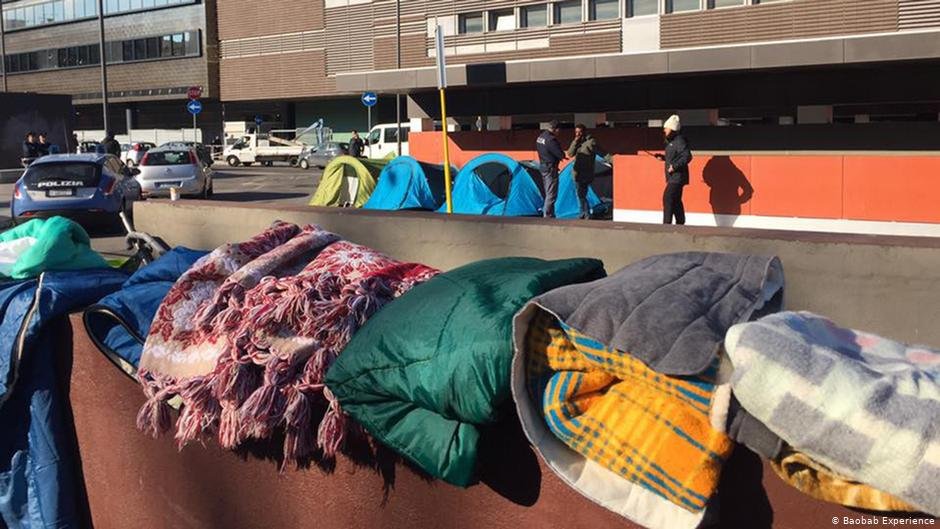 Baobab had to produce their own leaflets in as many languages as they could explaining to the migrants sleeping at Tiburtina station what the coronavirus was and how to protect themselves from it. "But honestly, coronavirus is the last of their worries," thinks Costa. "They have already been through so much, torture, rape, all sorts, so it was an uphill task trying to explain to someone who has no home that they need to wear a mask and gloves and keep their distance from everyone else."

Moreover, the distance rules posed another problem. "The rules against large groups made it difficult to distribute food to 120 people," says Costa wryly, but somehow they managed to maintain the services that migrants rely on.

'Used to operating in an emergency'

Andrea Costa sums it up like this: "We try and carry on doing what we have always done but with a thousand extra difficulties. They sleep on the street and we try and ease their situation as much as we can, but it is minimal." At the moment, the station is closed and so they have been allowed to sleep there but they could be moved on at any time. 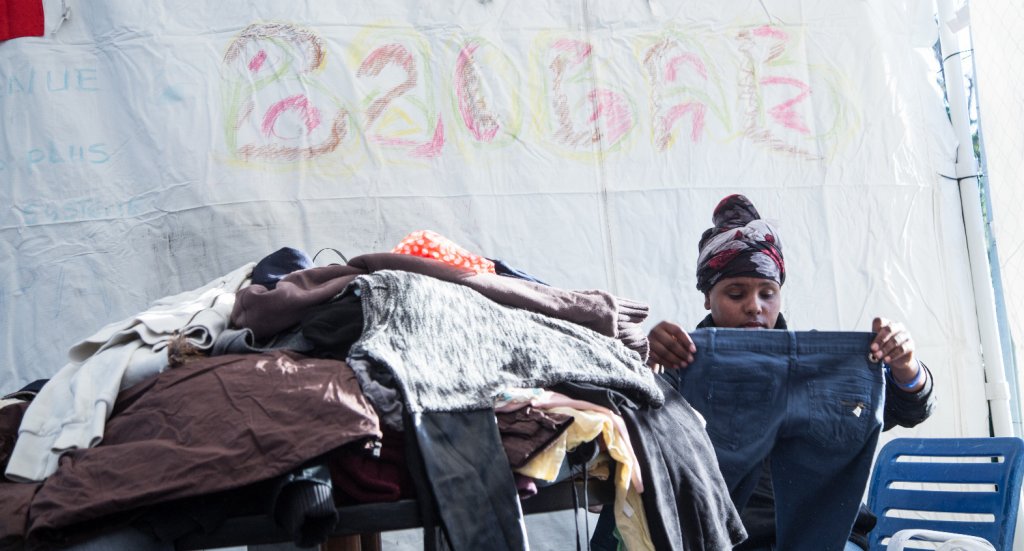 At the moment, says Costa, all those sleeping rough in Baobab's informal camp behind Tiburtina station are men, but that is only because if, and when, women arrive, the volunteers try and make sure they are immediately referred to an association where they can sleep safely. If not, Baobab finds enough funds to pay for a bed and breakfast place for them until they can get themselves sorted.

Not all migrants who are sleeping rough are undocumented says Costa. However, the number has increased since the so-called Salvini decree came into force, making it more difficult to be registered in Italy.

Costa is stoic. He says the volunteers at Baobab Experience are "used to operating in an emergency and this was like a double emergency." He admits it is becoming more and more difficult to source clothes, food and blankets through donations. And even though Italy is now opening up, Costa fears that things for the migrants are about to get a lot worse. 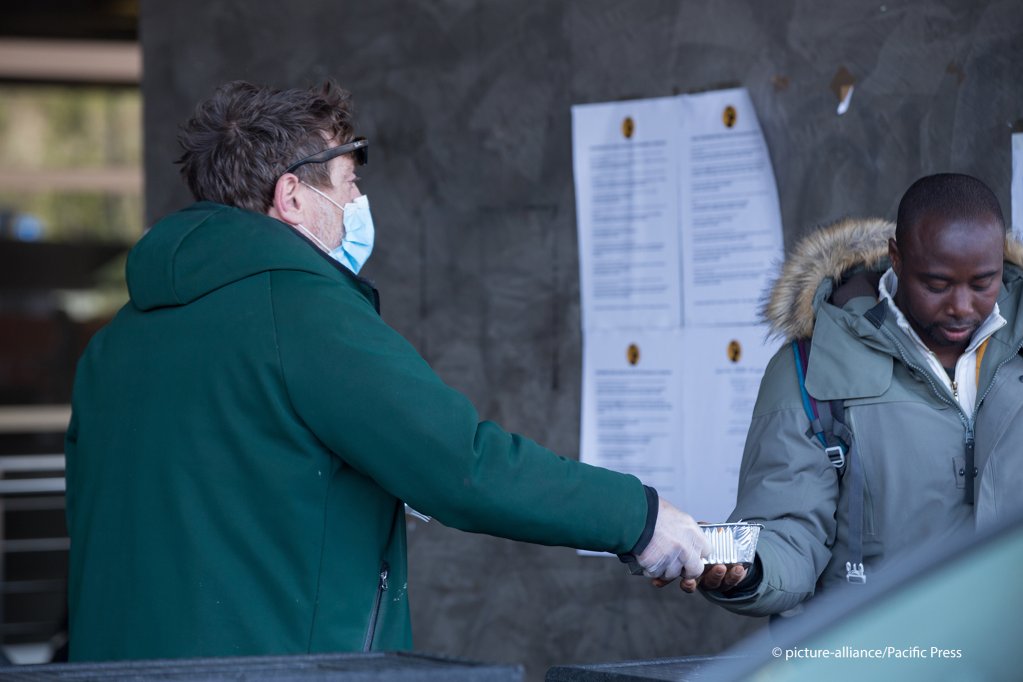 "We are already seeing an increase in migrants arriving. They didn’t stop during COVID-19," Costa explains. "Now they are moving up through Italy again." Just last week a group of around 20 Sudanese arrived at Baobab's informal camp and Costa and his group of volunteers had to quickly mobilize to help them. Things are even more complicated as it is Ramadan at the moment, he remarks.

Costa thinks there will be more and more people sleeping on the streets in the future. Until now, he says, citizens in Italy have tended to be very helpful, but as everyone gets poorer, "it will be harder to look after the most vulnerable."

The Baobab Experience group want the Italian government to create a blanket amnesty for all migrants who are unregistered. They think the regularization of agricultural and care workers doesn’t go far enough. It is a first step, concedes Costa, "and I am trying to be optimistic," but he worries that it could just end up providing more cheap labor for certain sectors and not really helping the overall problem of hundreds of thousands of migrants without access to health or welfare services. Costa thinks that if Italy offered a better standard of welcome and work then more migrants would stay. He thinks that the rhetoric around migration has become decidedly more problematic in the last few years and that the right-wing are winning the cultural battle. But what they are saying is wrong, thinks Costa. When they talk about an "invasion" or try and create the impression that Italy and Europe are "under siege," they are ignoring the reality. "Even young Italians are leaving because of the lack of serious work," says Costa. "Migrants are not stupid," he says wryly, "they quickly realize there is not much for them here either and try their best to get on out of here."

'Changing the narration on migration'

Costa dreams of an Italy which will offer better welfare and will work to "change the narration" about migration. He describes the current rhetoric as a "giant fake news," which "many Italians have bought into." He thinks because of that it is "not surprising that they have started to see migration as 'something problematic.'" He thinks given the numbers of migrants actually in Italy and Europe, the politicians not only could but should offer regularization to everyone. "The more you invest in integration, the less you have to invest in security," thinks Costa. "The whole country would be safer and you would take away the fuel that is feeding the black economy and the mafia and the criminal underworld." 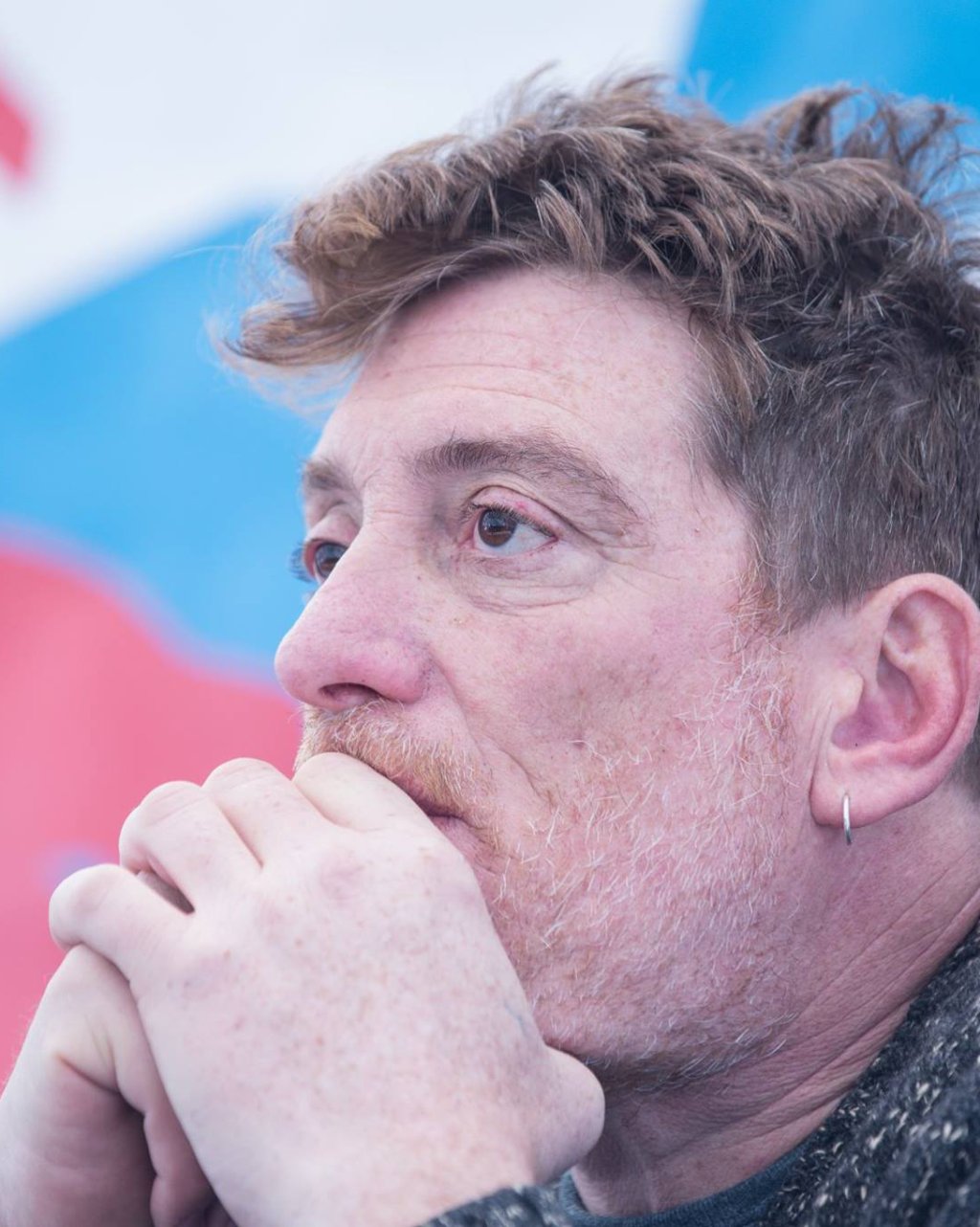 Costa hopes that Italian politicians will start to see this and build more welcome centers. "We need to turn things around 360 degrees," he says hopefully. "There has always been migration and you need to accept that." The numbers in Europe at the moment are "something like 0.3% of the European population, that is nothing," he laughs.

"It is all about building relationships with people and seeing them as human beings, not numbers or foreign bodies." That's why Baobab has got its fingers in so many pies. From offering English and Italian courses to taking people on tours of the Colosseum and St Peter’s Basilica in the Vatican. "Welcome is about much more than just offering food and clothes to someone," says Costa.

You can learn more about what Baobab Experience offers via their website: https://baobabexperience.org/